I recently sent off a couple of packages to blogging buddies of mine. Mainly stuff I picked up at a recent sale at my local comic book shop. John from The Clawful Punch returned the favor and sent me a package back. What a package... it had all kinds of stuff in there. 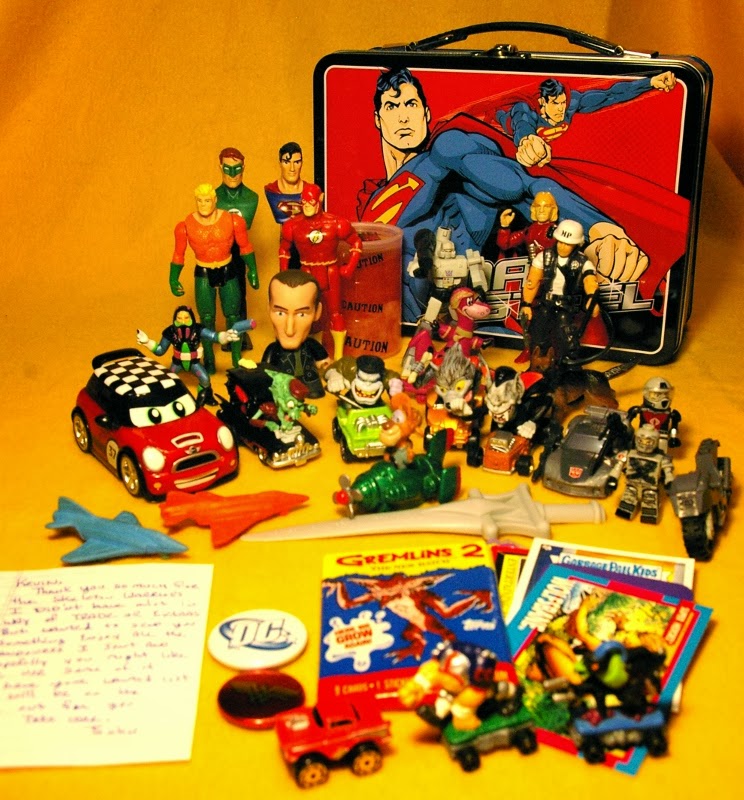 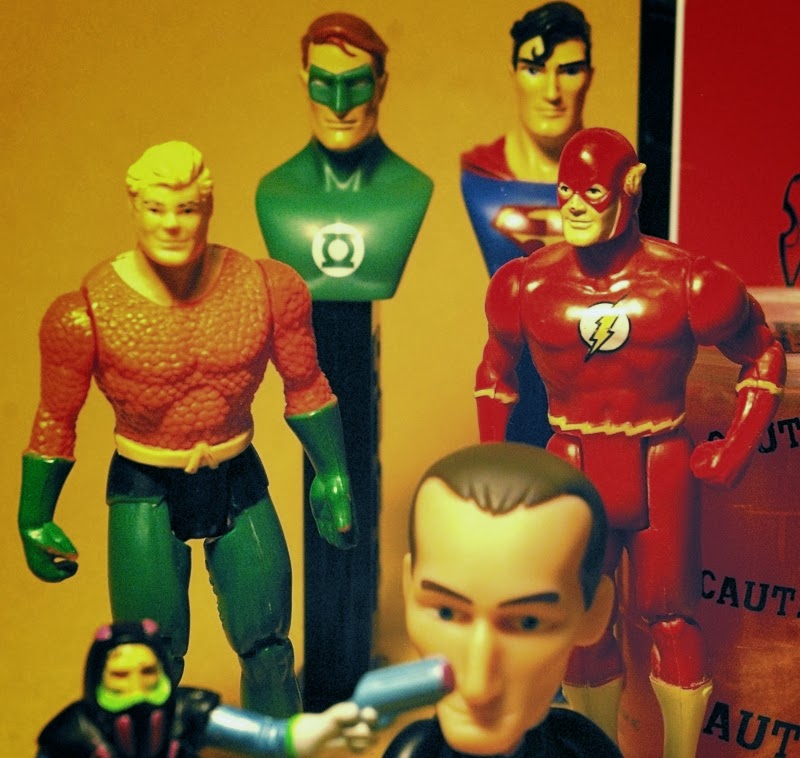 I'm really excited about Aquaman and Flash. These guys are both really cool retro toys. I have a collection of Pez Dispensers and Lunchboxes, so I've got the perfect spot for some of the items John shipped over. 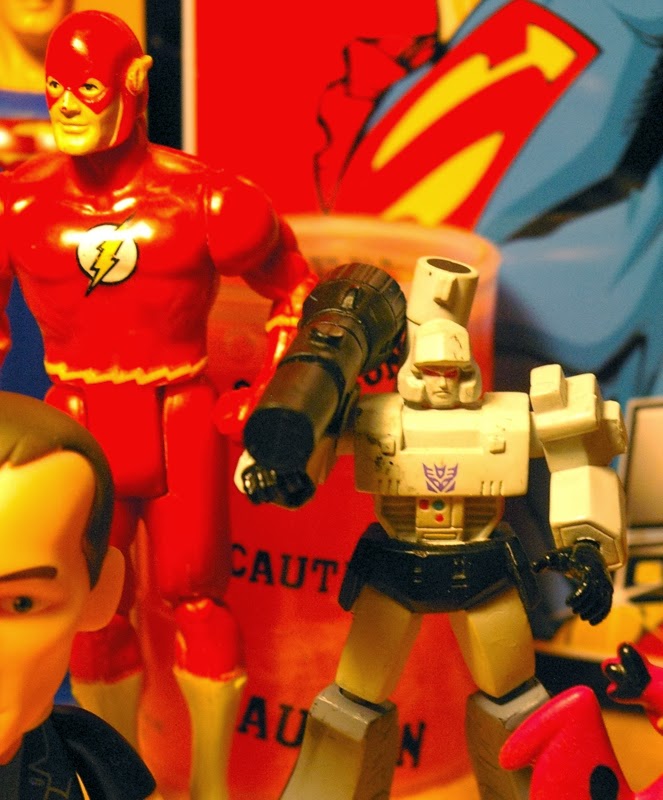 I also really love this Megatron figure. He's nicely articulated. He doesn't transform, but that allows for him to be a better action figure because he doesn't need articulation points for transforming. Thanks John, you didn't have to and that's part of what makes it so special.
Posted by Buzz Chuck at 12:01 AM