Today I was at Target and I found almost the entire wave of new DC Multiverse figures. The first was is based on the Arkham video games. The second wave will be based on the 70's and 80's movies. I picked up Mr. Freeze, Bane, Batman, and Azrael.. There is also an armored version of Batman and the villain Deadshot who I didn't see... but probably would have passed on anyway. 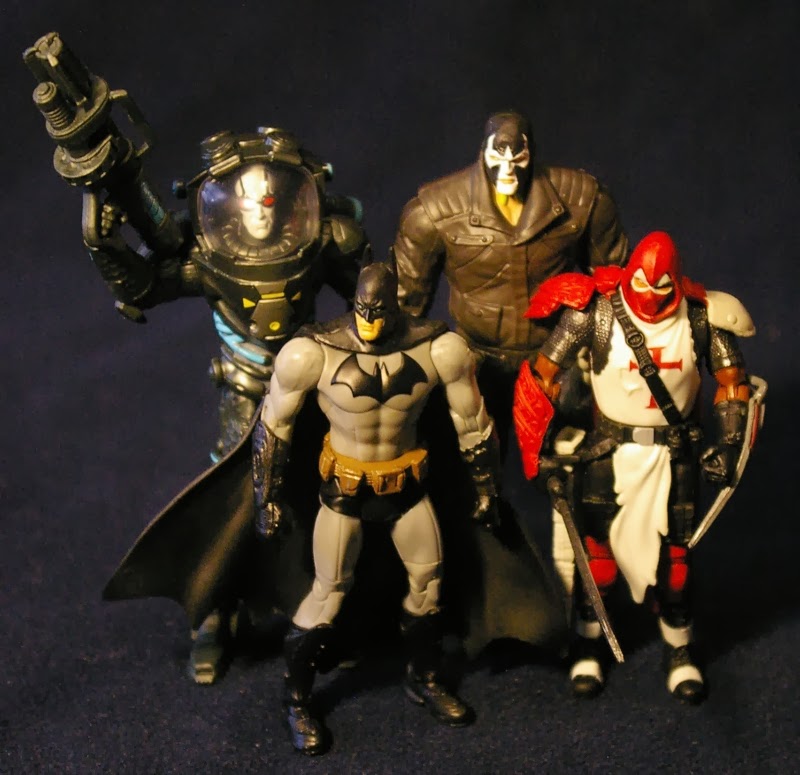 They come carded in miniature versions of the same cards that the Batman Unlimited figures were packaged in.  Batman stands about 4" tall while Bane is much closer to 5". 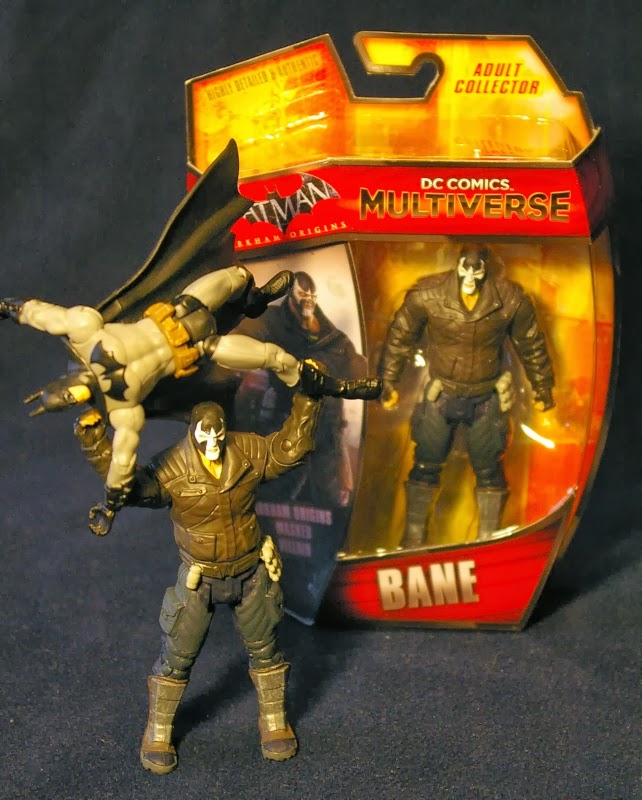 Bane is dressed in dark blue cargo pants and a leather jacket. He has some grenades attached to his belt. He's a nice looking figure with lots of details, but a few more paint apps would have really help make him stand out. 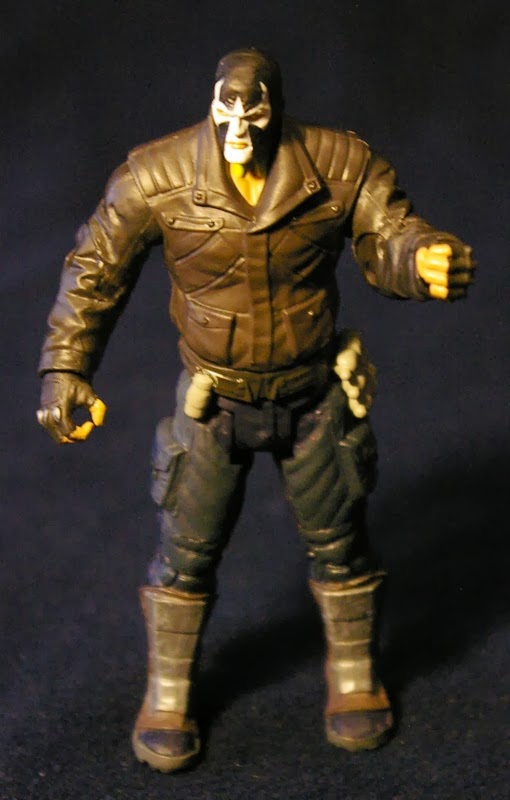 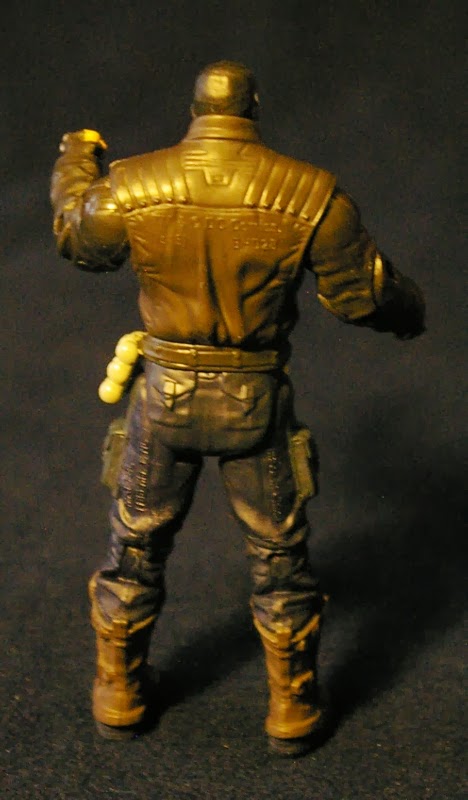 Azrael is dressed in a gray suit of armor with a white tunic. He has a red hood and other details. He comes with a sword and a sheath that can be held on his side. Azrael has a ton of nice details. 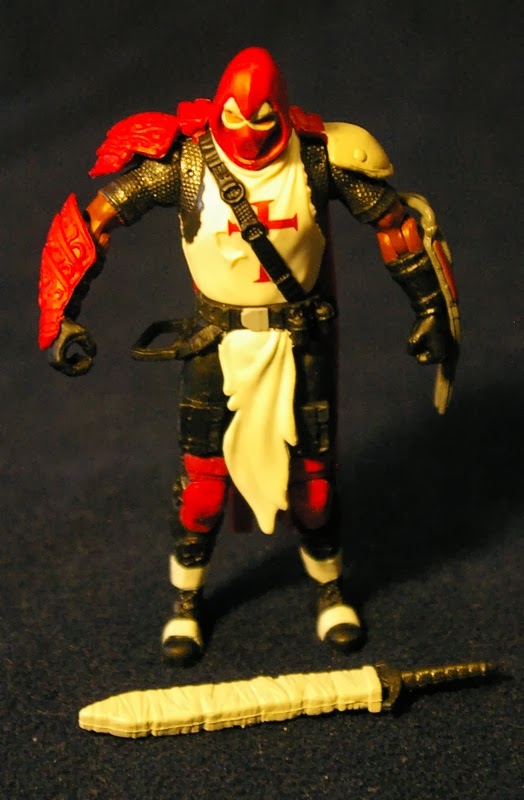 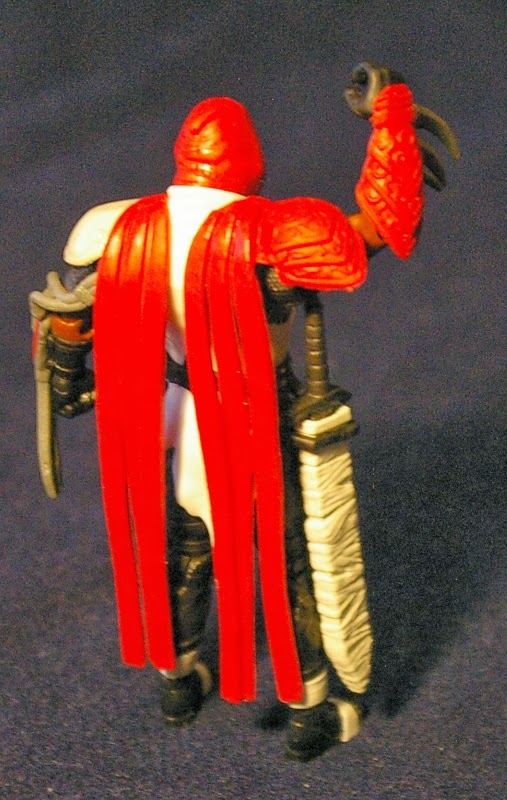 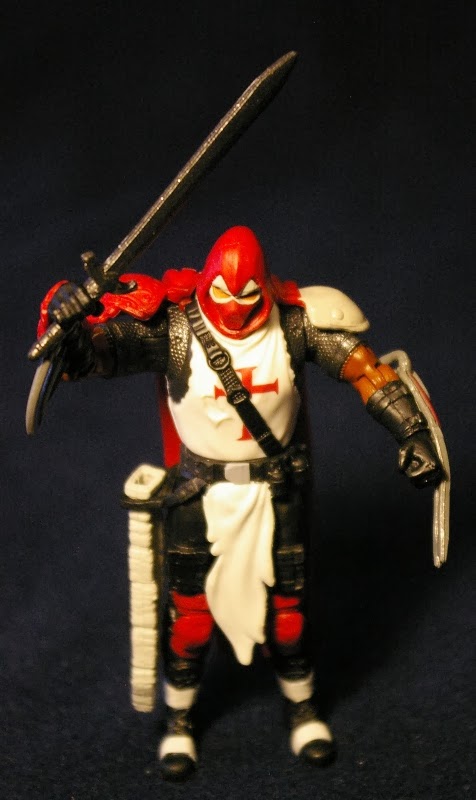 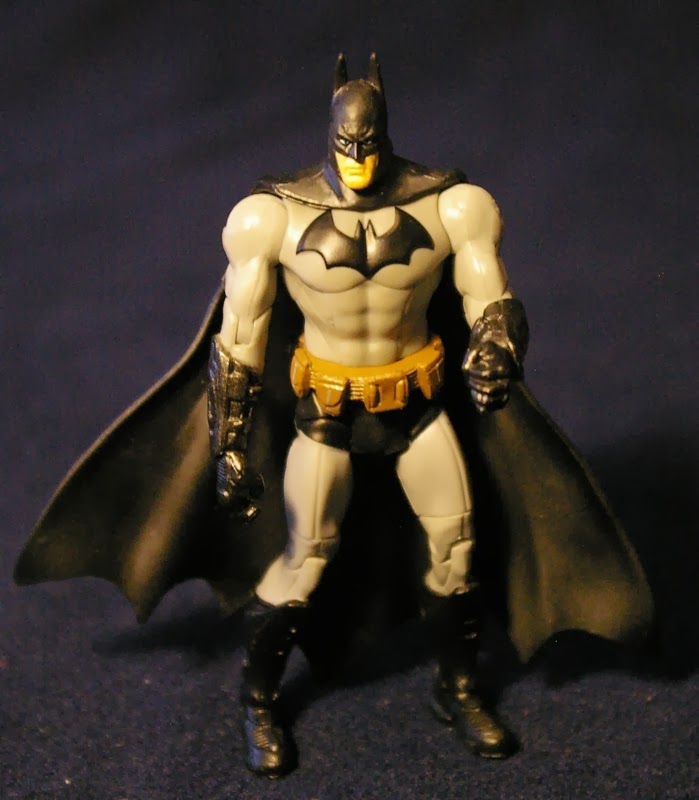 Batman is wearing his gray and black suit. He has a yellow utility belt and a large batsymbol on his chest. He is similar to the figure from the Infinite Heroes line. This figure has better articulation and is a little taller. Multiverse Batman has much nicer sculpted details than Infinite Heroes. I also think the proportions of his limbs look better as well. 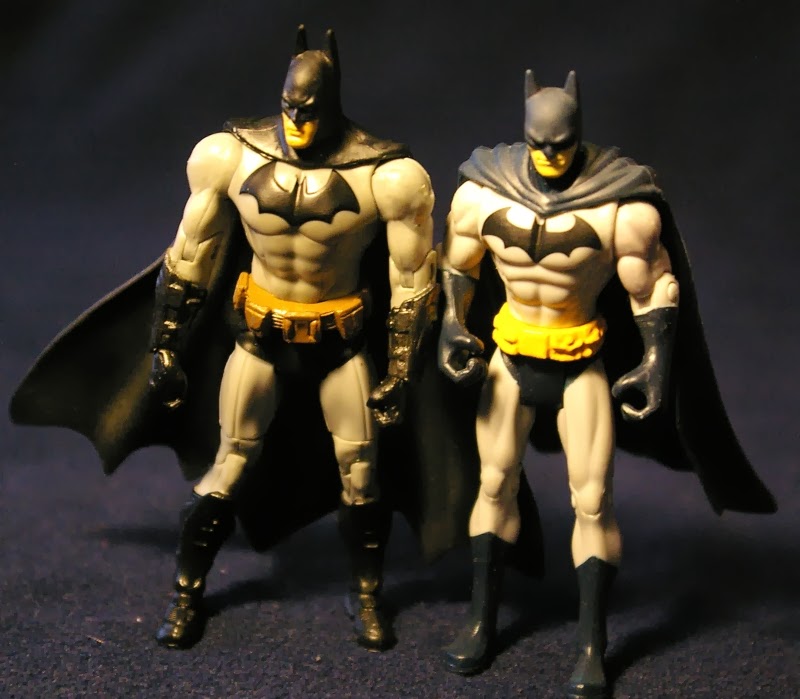 These figures all have hip joints similar to the DCUC figures also made by Mattel This allows them to do kicks and splits that many other figures can't preform. 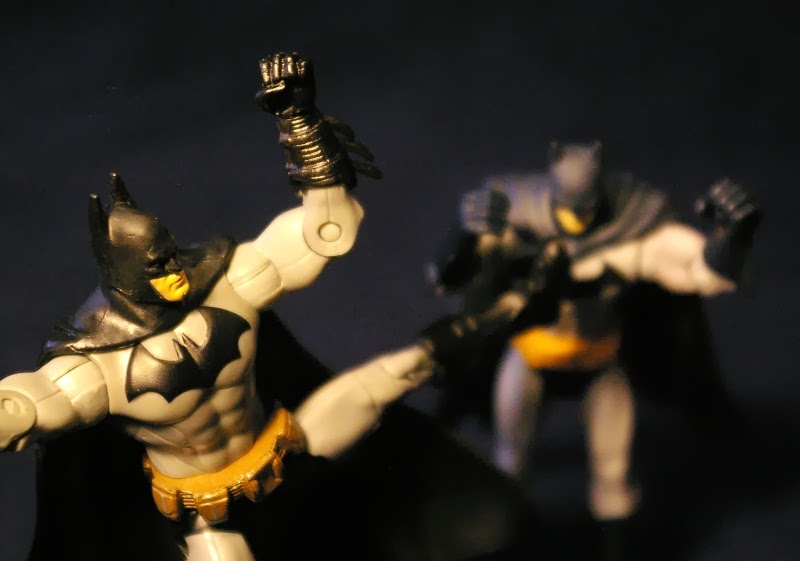 Mr. Freeze is wearing a large armored cold suit. He comes with a backpack piece and his freeze gun. His backpack and helmet from the back reminds me of the Space Marines from the table top battle game Warhammer 40,000.I really like he bright blue details and honeycomb pattern on his pants. 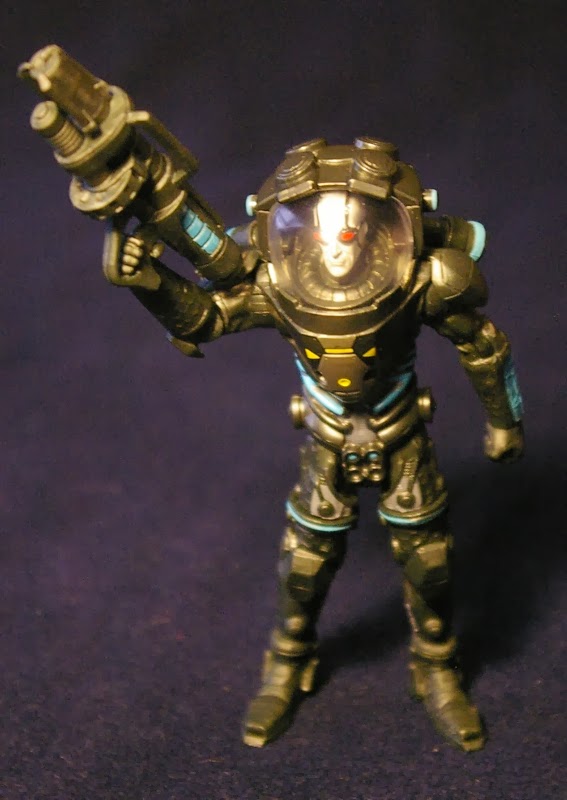 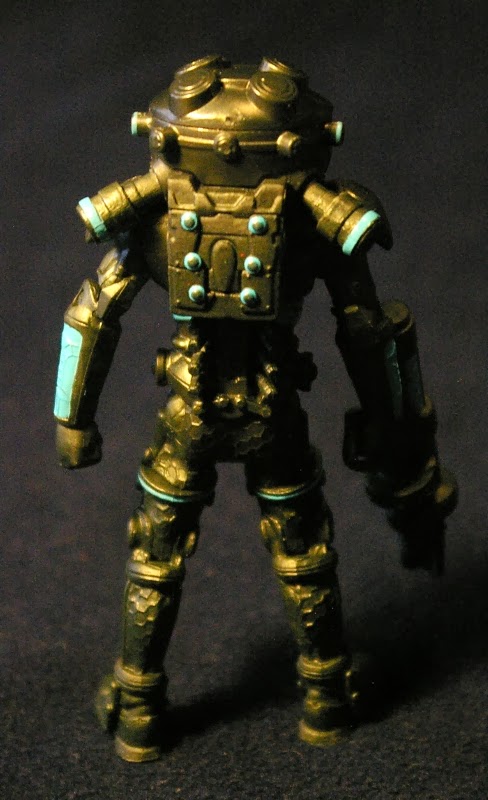 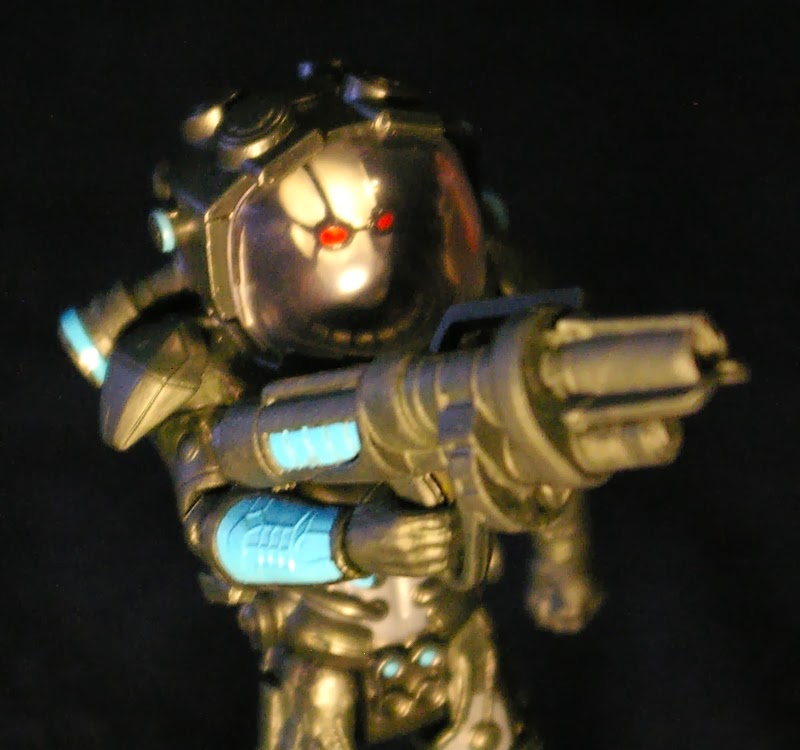 I will break you! 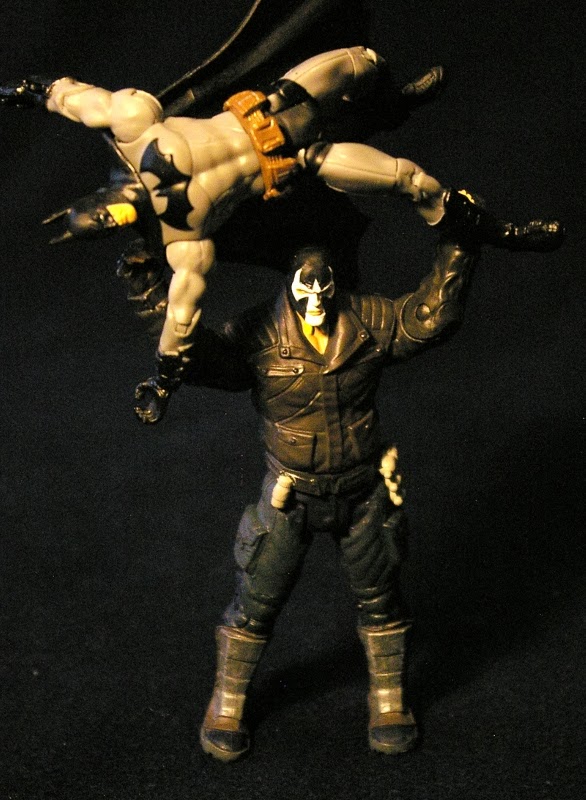