I can't exactly remember when DC launched their Ame-Comi comic book, but it's basically an anime version of the DC super-heroines. Later they released little PVC figures of the most powerful women in the DC Universe. Power Girl and Supergirl are my favorite female DC Heroes. I didn't really like the design of the new Supergirl, but I had to get Power Girl. 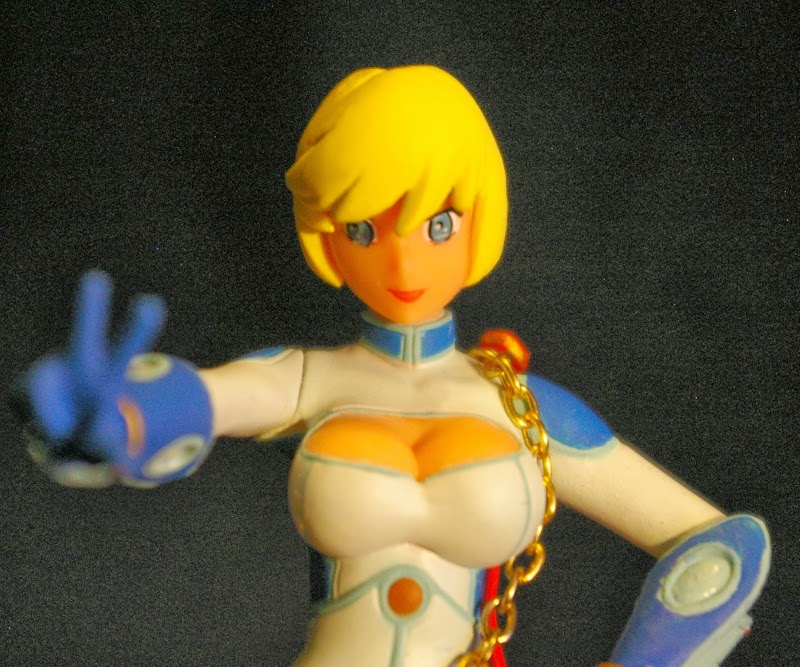 The Ame-Comi Power Girl is very cute and sexy in that anime style. She is wearing her typical white uniform complete with small red cape and cleavage window. Her gloves look a little more armored than usual, but that's part of the anime style. 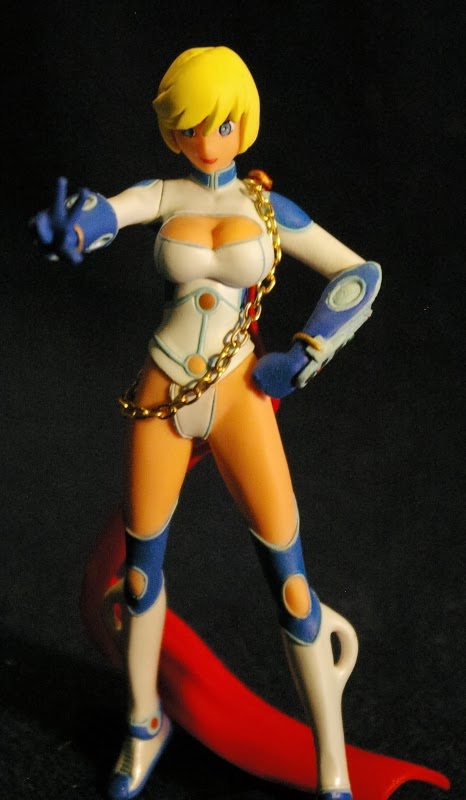 While Power Girl never wears a full cape like Superman, this version as a very skinny but long cape that is sculpted to look like it's blowing in the wind. Her high boots remind me somewhat of the New 52 Supergirl boots with the open knees. Power Girl's chain is a real chain, which is a nice touch. 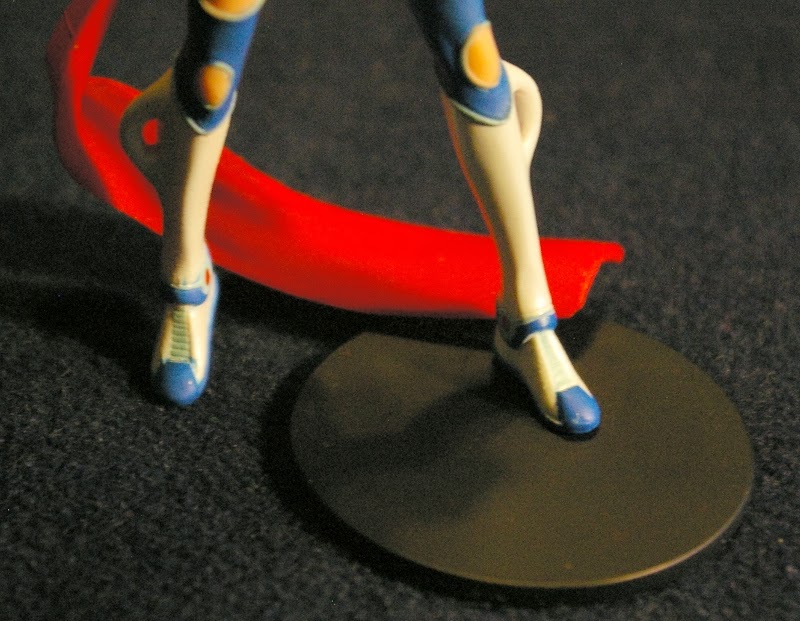 My only real complaint with this figure is that her stance is bigger than her display base. I have a hard time getting her to balance. The base has one peg on it, and she only has a hole in her one foot. So you can sort of spin the base around to move where the extra base is positioned (like a cam), but she still falls over easily on some surfaces.
Posted by Buzz Chuck at 10:44 AM