I saved my favorite purchases from the Winter Fever Toy Show for my final post about the show. I previously showed off figures from other lines including Ghostbusters, Ninja Turtles, Captain Planet, Dino-Riders, and He-Man, but today I show off some new Star Wars and Super Power toys.

I'm extremely excited to finally complete my vintage Star Wars Beast collection. I've had Jabba since I was a kid. I bought the Rancor a few years back and last weekend I bought a Patrol Dewback and Hoth Wampa! The Dewback came with its saddle and a Stormtrooper rider. The Wampa is in pretty good shape, although just slightly yellowed on his torso. The yellowing on this monster is almost a given. 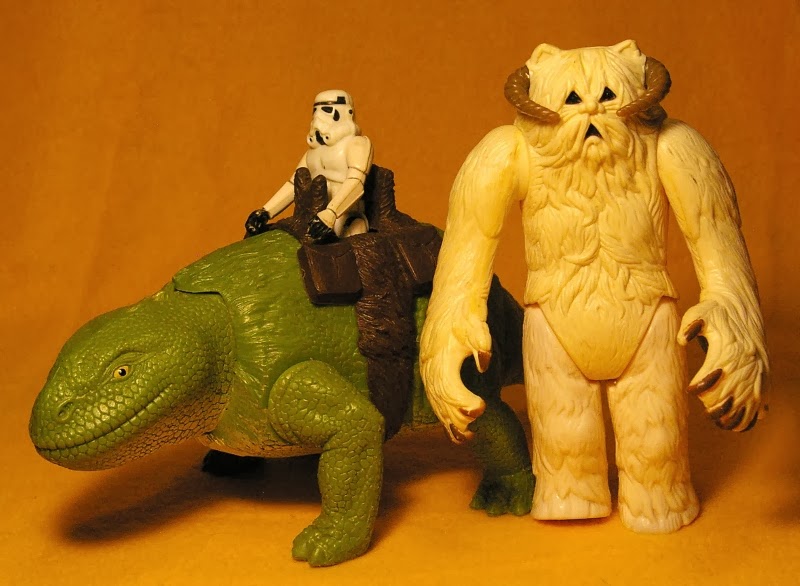 I've always liked the Super Powers line. They are great figures, I just never owned very many of them. Since a good friend of mine was collecting them locally, I never really wanted to give him competition. My good buddy John, from Clawful Punch, sent me two Super Powers about a week ago, and so when I saw a bunch at the show this weekend I decided, what the hell! I picked up Steppenwolf with his axe, Hal Jordan Green Lantern with his Lantern Battery, and Lex Luther in his power armor. I know Steppenwolf is one of the figures my friend Greg doesn't have. GL is a very interesting character to me, and I had Lex as a kid, but don't know what happened to him. 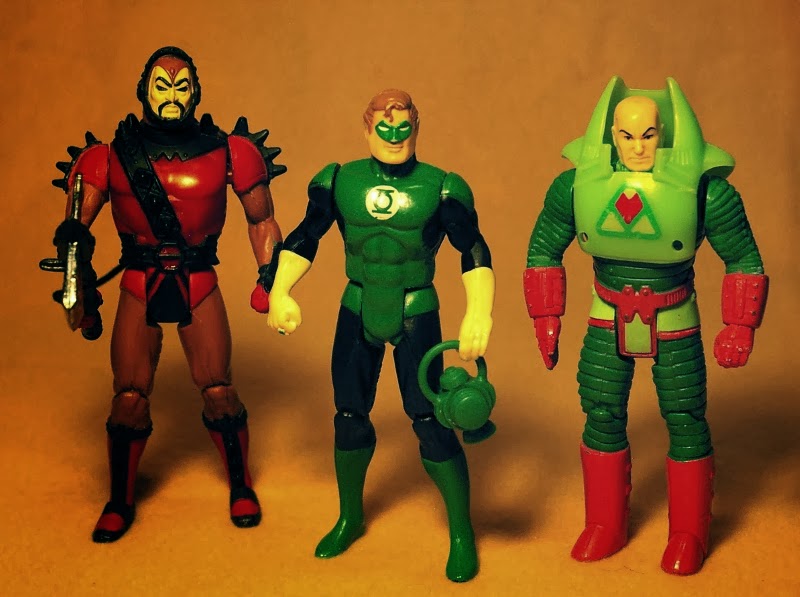