Today I'm posting about two figures from the DC Universe Infinite Heroes Crisis 6-Pack: Prelude to Doomsday. Infinite Heroes never had the same magic as the Kenner Super Powers line, but did have a great selection of characters. To be honest I only own a hand full of figures from the line. I got Batman and Powergirl on single cards. Then I bought the Prelude pack because I wanted Doomsday. Most of the other figures in the pack I didn't care about. I previously posted about Fire & Ice here on AFA. Today Guy Gardner, and Bloodwynd finally get a turn. 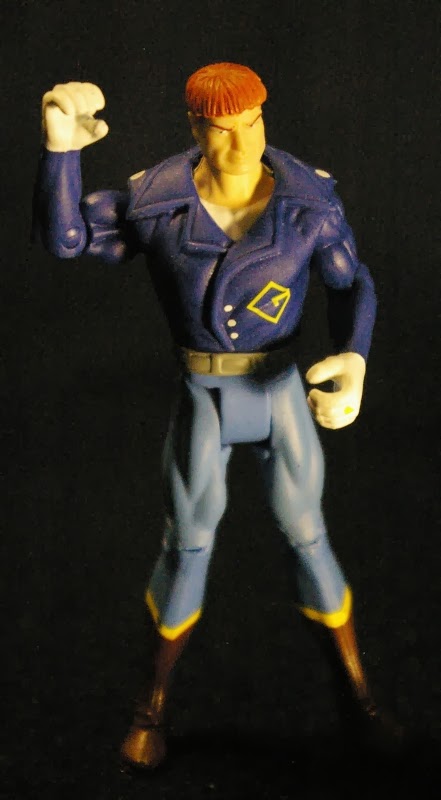 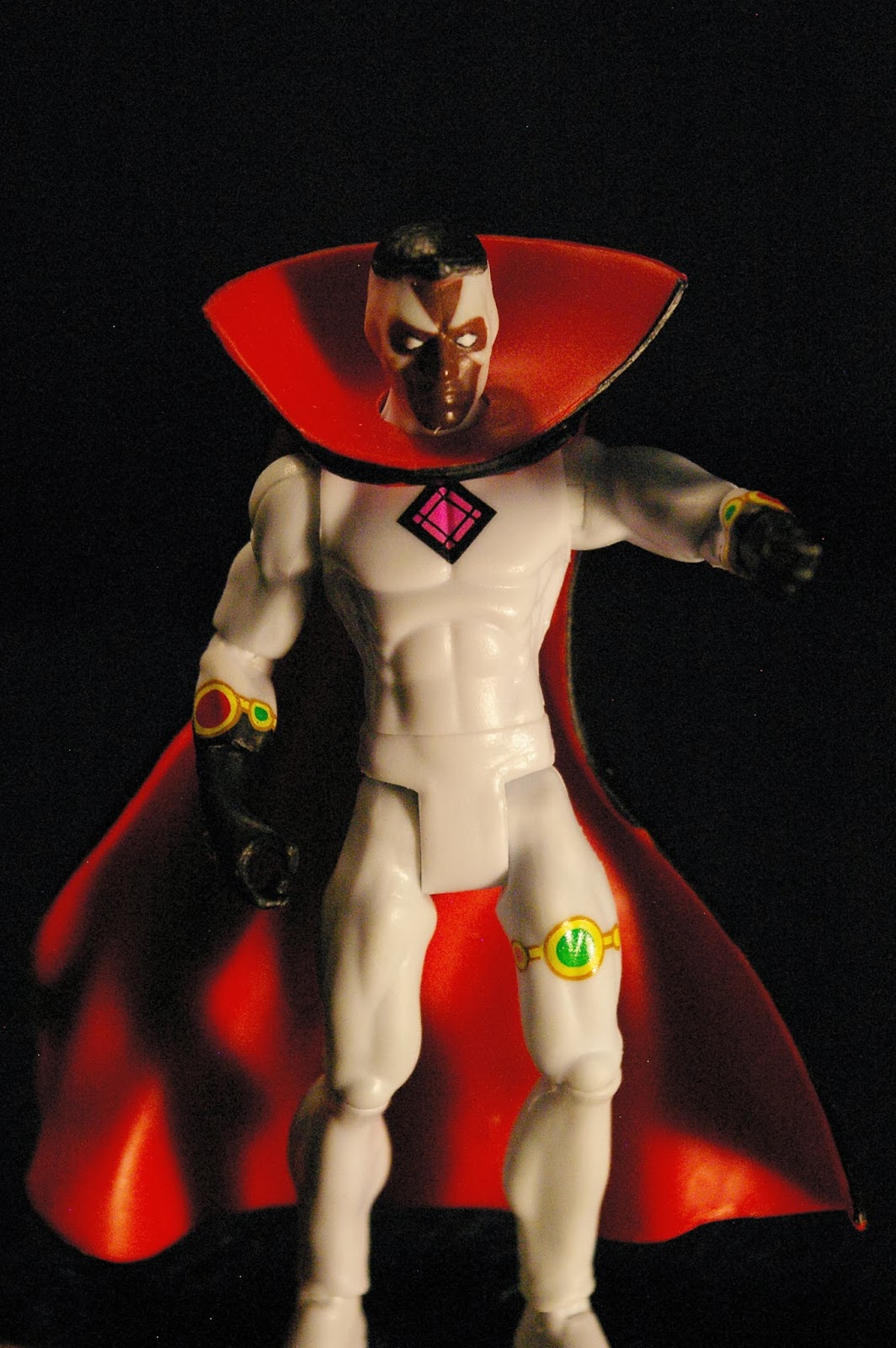 Guy Gardner is dressed in his street clothed style costume which consists of jeans, boots, and a blue jacket with a gold "G" on the chest. This is a costume he wore after giving up being a member of the Green Lantern Corps.  Guy even has his yellow power ring sculpted on his hand. Bloodynd is a powerful necromancer, and a DC character I know little about. It's kind of a shame that the gem on his chest, arms, and leg are just painted on. I feel like this is where the Infinite Heroes line kind of fell short. Many details that deserved sculpting were painted on so that molds could be more readily reused His cape does have some nice sculpting to it..
Posted by Buzz Chuck at 8:05 AM