In the past I have posted about Marvel Secret Wars as an entire toy line, as well as some of the individual toys. Today is all about Magneto, the leader of the evil mutants who fought along side the X-Men as a fellow mutant during the Secret Wars. Magneto's sculpt like many of the figures in the line is very plain. He has purple gloves, boots, shorts, and collar. He has a few tiny bolt details on his collar plate. I always felt like the figure was missing something, so as a kid I gave him a spare Kenner Super Powers Superman cape that I had laying around. The yellow "S" on the back rubbed off long ago. 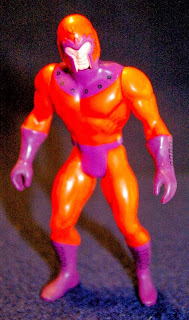 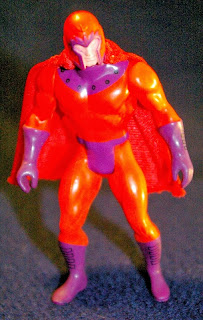 Magneto also came with a blaster... I'm not really sure why. He's a decent figure for his age, but no where near to coolest figure in the line. The lack of a cape and the fact that he doesn't have pupils painted in his eyes always hurt this figure in my book. 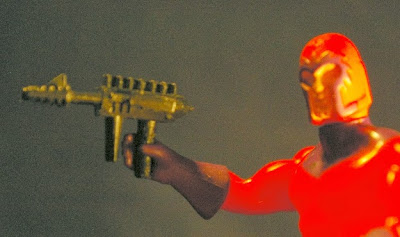