I thought a few pictures of Battle Cat in the snow would be cool. He was kind of hard to pose in the snow because the toy is so solid he sort of sunk in a lot. I figured Icer made the most sense as the villain He-Man would be battling in the snow. To help give He-Man a little bit of his 200x Ice Armor vibe I switched his normal chest harness for the one that came with Vykron that features the sculpted fur pelt on the back. 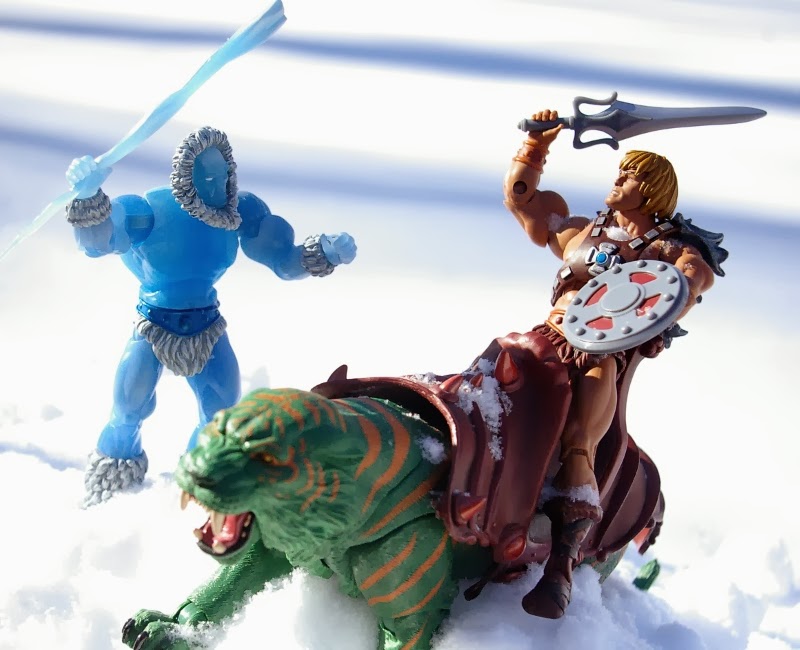 I would have really loved to have been able to pose Battle Cat like he was rearing up or pouncing, but I just couldn't make the pose work in the snow.  I tried reposing Battle Cat a couple of times, but I also should have changed the stance of the other characters as well, just for variety. 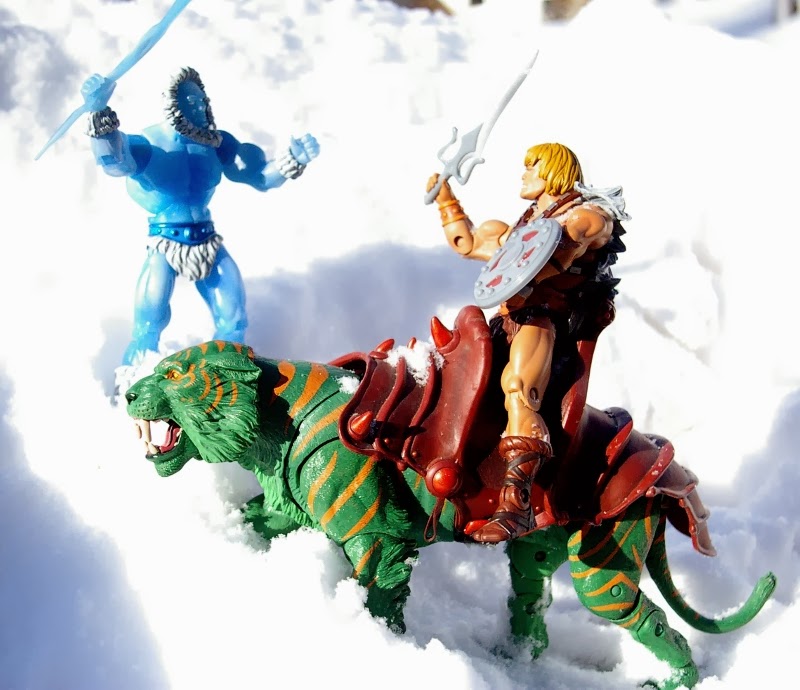 I hope everyone enjoys the snow pics. I'm off to a Winter Fever Toy Show in New Jersey today. I'm going to meet up with a bunch of my toy collecting friends. Rose and Tony, the organizers of  Retro Con as well as Mike and Nick who I have mentioned in previous toy show posts will be there. 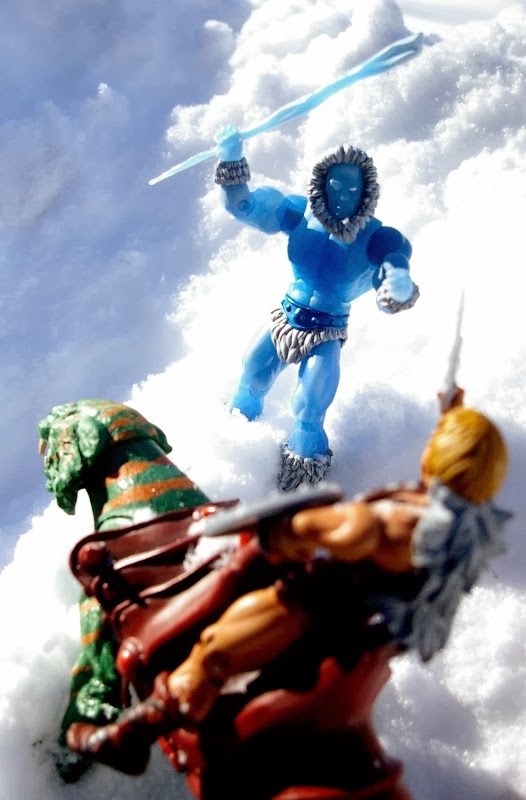