Yesterday was brutally cold. The high was 10 degrees Fahrenheit. It was so cold they actually closed the school were I work. They were worried about the kids walking to school. I ended up babysitting for my niece for a couple hours and hanging out watching DVDs. There isn't really any snow on the ground, but it's so cold I figured I'd post about some toys I photographed in the snow last winter. Even though in The Empire Strikes Back two of these characters never step outside of the AT-AT, It's still fun to play with all of them in the snow. As a kid I always had a ton of fun playing with my buddy Derek's AT-AT Walker. I have the modern Really Big AT-AT, but I still don't have the vintage toy. 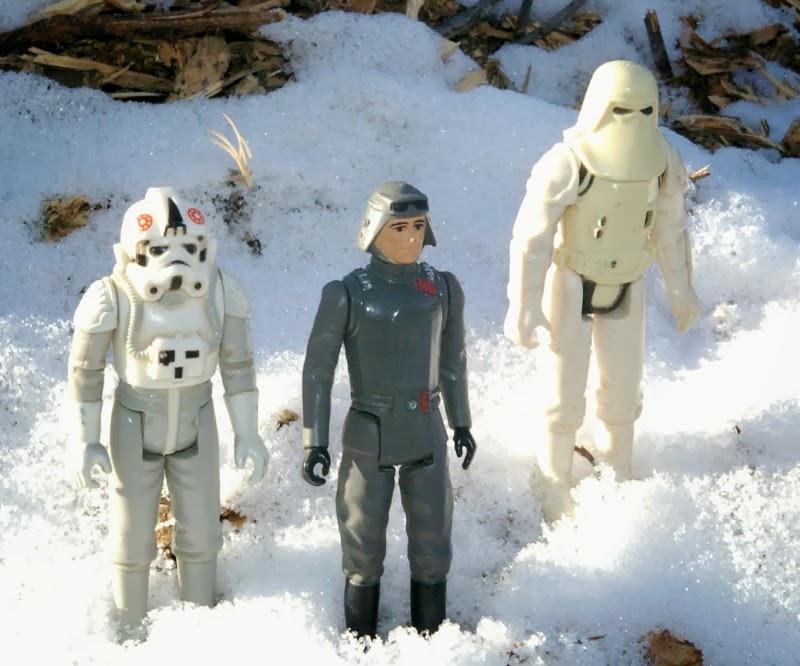 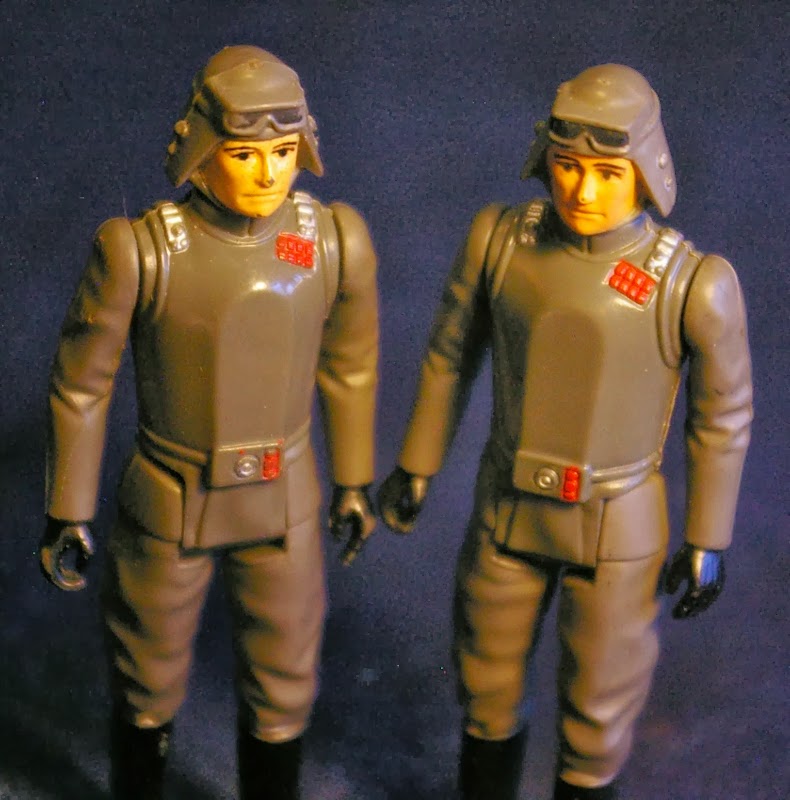 The AT-AT Commander (General Veers) is the Imperial officer in charge of an AT-AT walker. In ESB we only see General Veers, but it can be assumed there is a Commander in each walker. The vintage figure came armed with a small blue "Bespin blaster". (blaster not pictured)

The figure is molded in gray plastic with this boots, gloves, and skin painted on along with a few other details. The sculpt on his helmet make his goggles appear a little to small to fit on his face. Maybe it;s just an optical illusion. I always disliked it when the Kenner Star Wars figures had very tiny hands. It makes it hard for them to hold certain accessories. 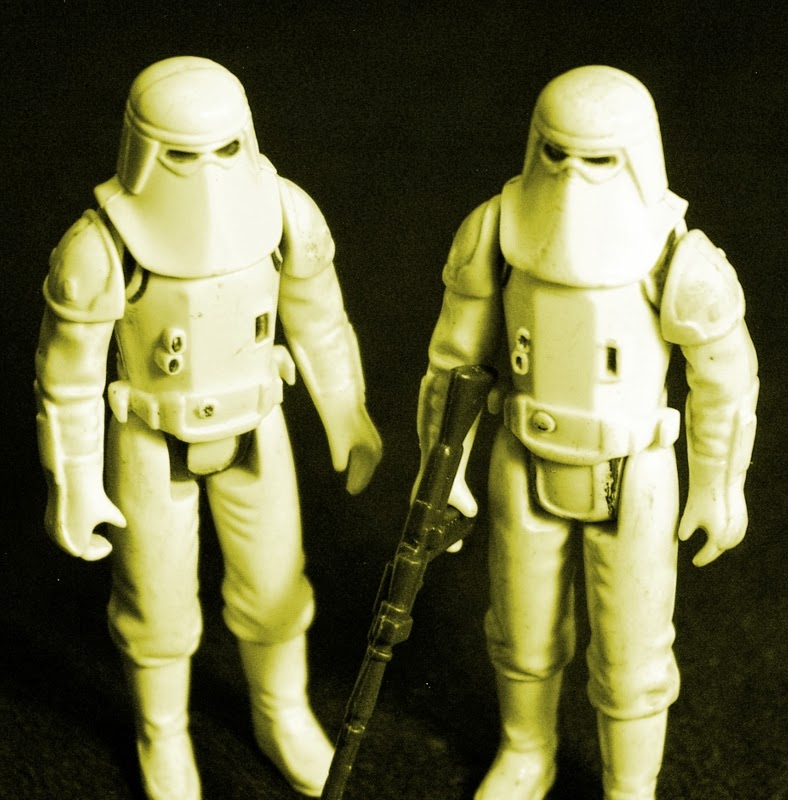 Imperial Stormtrooper (Hoth Battle Gear) or as they are commonly known, Snowtroopers were the soldiers sent into the Rebel Base to flush out the remaining heroes. These figures do a nice job of representing the alternative armor of these troopers. They came with a vinyl skirt/cape kind of like the bottom of a long overcoat. (cape not pictured) They also came with long blue rifles. I messed around with my photo manipulation software a little trying to make the one figure not looks so badly yellowed... the picture is pretty much just black and white now.

AT-AT Drivers were to cool white Tie-Fighter Pilot guys driving the AT-ATs. I'm still not sure why they didn't just use this mold to make the Tie Pilot. It would have worked fine.

I had an AT-AT Driver as a kid whose legs were so loose that he could only sit. Eventually I found a nicer one and gave my buddy Derek the loosely-goosey figure. The driver is armed with a medium length blaster rifle with a shoulder strap. I think I might have on of those rifles, but if I do it wasn't around  when I was photographing these figures.

I occasionally liked to pretend that the AT-AT driver was a SCUBA diver Stormtrooper. His chest panel and hoses made me think of the Cobra Eels from GI Joe.

If you like 80's toys you should be watching the Goldbergs on ABC. Last nights episode features Transformers, Thunercats, He-Man, and GI Joe. Some of the specific toys include Dinobots, Lion-O, Cheetara, Sgt. Slaughter, The USS Flag, Castle Grayskull and Stridor.