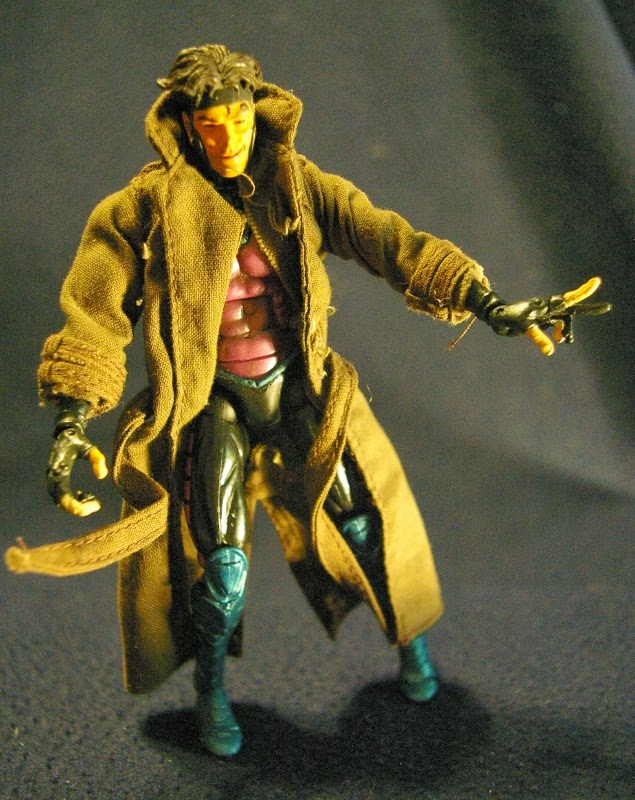 Gambit has always been in my top five favorite X-Men characters. I had the original Toy Biz version as a kid. Later on I bought another version at a yard sale and used him in Action Figure Adventures, the series. Shortly after competing that series I bought this Marvel Ledgends Gambit at a yard sale. He was the first, and is currently my only Marvel Legends figure.

Gambit originally came with a display base, staff, blazing card, and cloth trench coat. Of course my second hand copy only came with the coat. 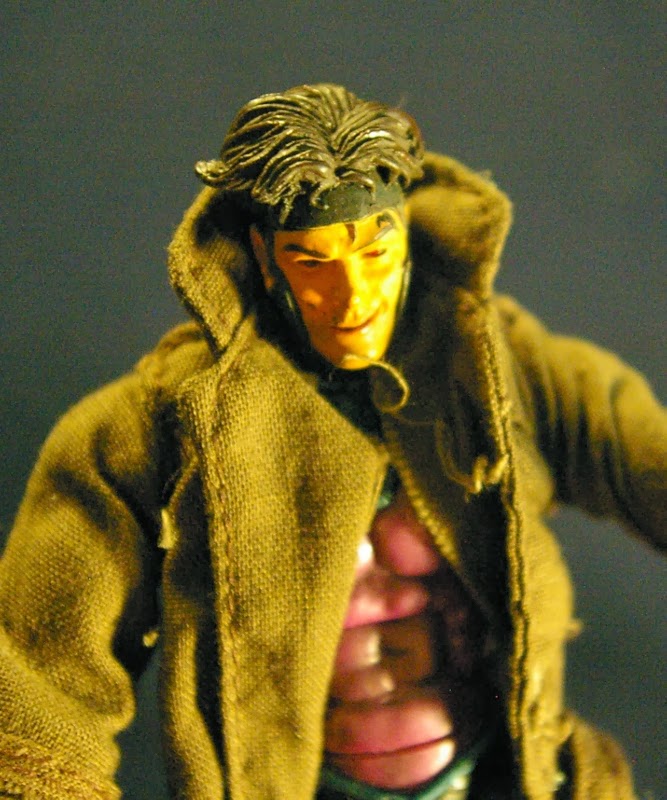 Gambit has amazing sculpting. Just look at the detail in his wavy hair. The shading and washes applied to his chest armor is terrific.

His cloth trench coat is a huge upgrade over the crappy vinyl coat the original Toy-Biz figure came with. Gambit has a lot of nice paint details on his outfit under the coat.  I wish I had photographed him without it. Come to think of it, I've never had it off all the way.

If all the ML figures are this nice, maybe I should have collected this line. I'm usually into smaller scale figures. Masters of the Universe Classics has actually changed my idea of the ideal scale for action figures.
Posted by Buzz Chuck at 12:06 AM