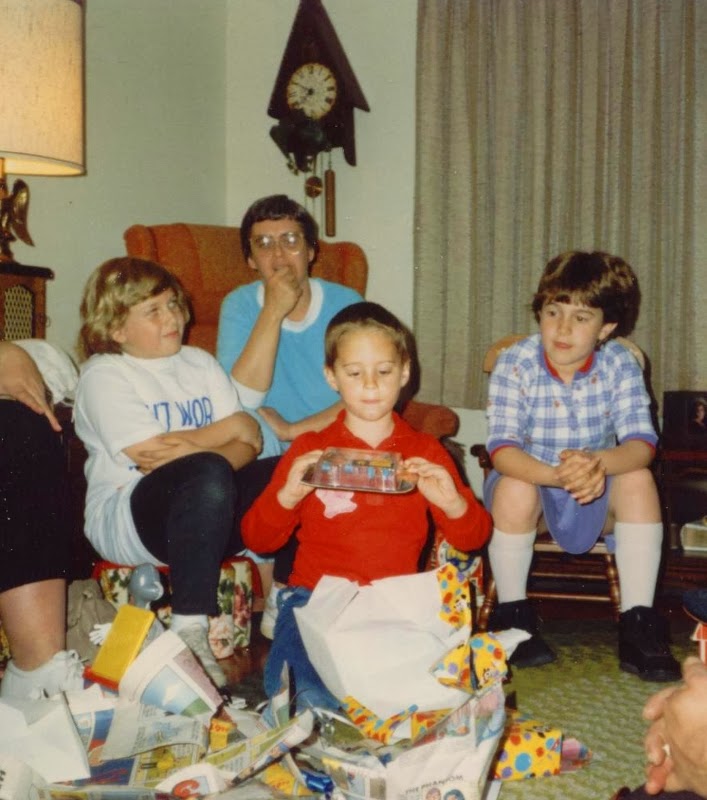 I'm getting very excited about the upcoming RoboCop remake. In honor of the this new film I'm posting some retro photos of myself at the age of six opening up a bunch of RoboCop and the Ultra Police toys.

These photos were taken at my "family" birthday party. When we were young we had both a family party and a separate one for our friends.

I know it's basically impossible to see, but I have unwrapped one of the members of the Ultra Police, Birdman Barnes. I was never a huge fan of the figure. He was dressed in a goofy yellow outfit and his helmet was asymmetrical. I also got RoboCop that year, but there aren't any pictures of him. 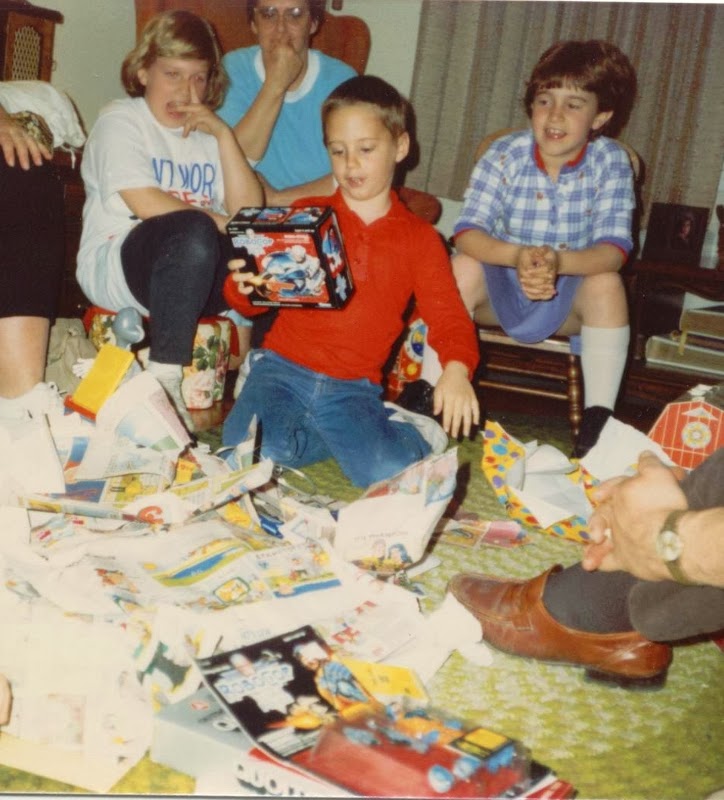 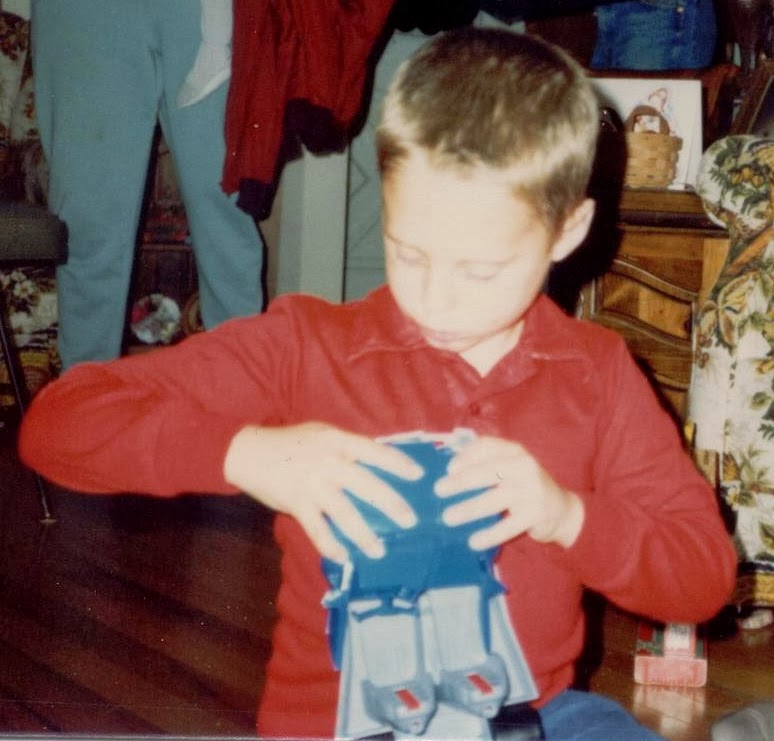 Here you can see I've just unwrapped the RoboCycle. Birdman Barnes is now laying on the floor in the foreground. The third and final photo shows me working on assembling Robo-1, RoboCop's car. I loved that toy. The blue chrome armor was awesome and I had a ton of fun with it.

The photo was a little fuzzy and washed out from the flash so I didn't worry about displaying it very largely. I bet my Dad was glad that I was finally old enough to put my toys together. I now he used to hate applying the stickers to my GI Joe vehicles.
Posted by Buzz Chuck at 7:32 AM