As part of a mini-subscription of all new characters, Matty Collector introduced a bounty hunter to the world of Masters of the Universe in the form of a blue furry cyborg named Cy-Chop. Terry Higuchi who worked on the design team at Mattel got the honor of designing this all new character. Each of the characters created for the 30th Anniversary Mini-Sub were a mix of new and used parts. 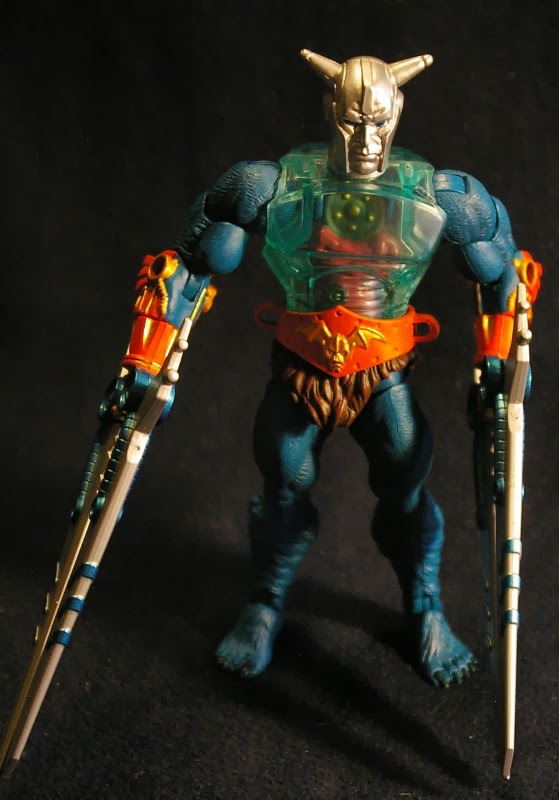 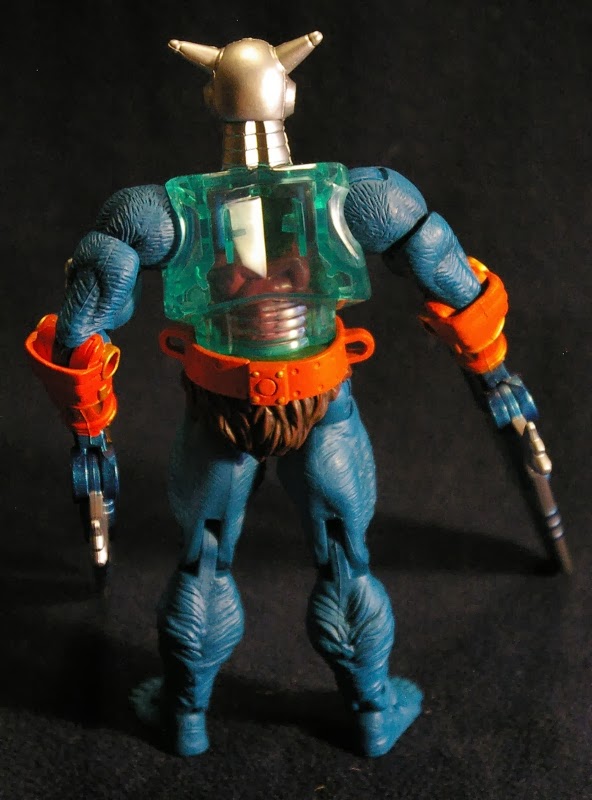 Cy-Chop has a new head, belt, weapon hands, and maybe a few others parts. He is mostly made up of reused parts like Beastman's legs and Roboto's clear torso.  Inside of the clear torso are some newly sculpted internal organs. 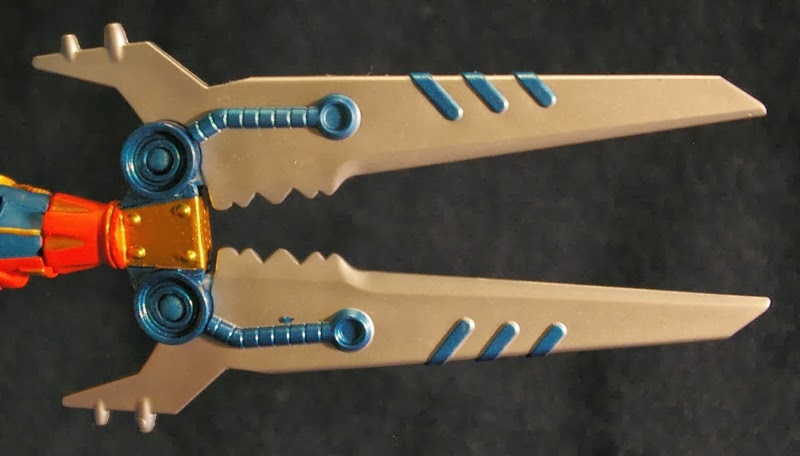 Cy-Chop's hands are two gigantic scissor hands. Both hands are removable and can be replaced with any of the other "removable" hands or weapons from the line. Other characters that have interchangeable parts include, Hurricane Hordak, Trap Jaw, Horde Prime, and Spikor. 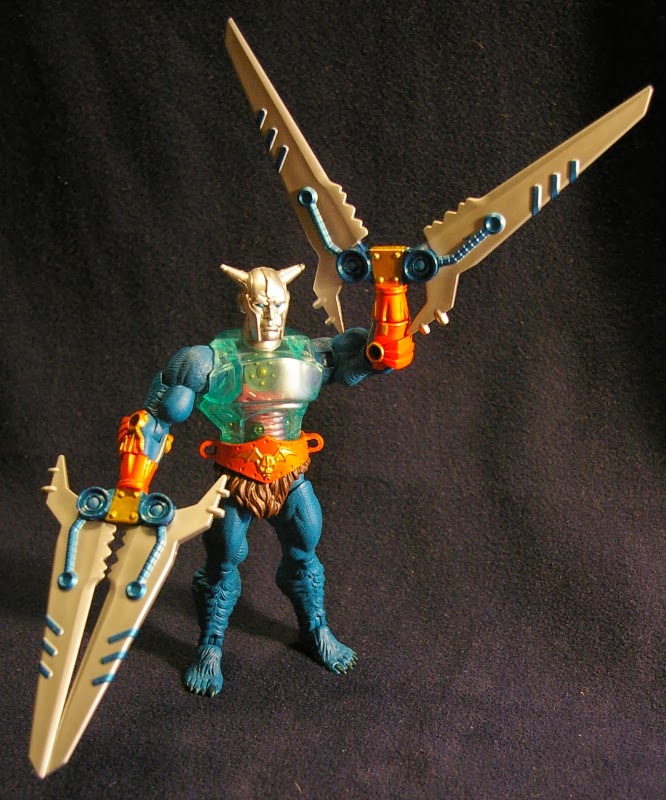 Cy-Chop isn't the greatest figure in the line, but he's also not the worst. I think as a kid I would have loved him. He's so colorful and interesting. The giant weapons and clear torso are all things that an 80's kid would have loved. If it were up to me, I would have included at least one "normal" hand but ideally two. He's like a 70's Marvel Comics Master of Kung Fu villain. How does this guy eat or take a shit? 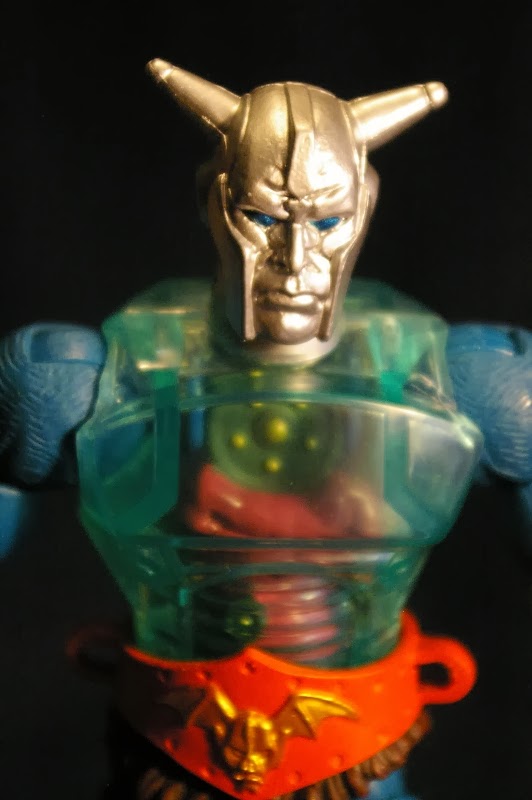