Lando Calrissian in Skiff Guard Disguise was part of the Return of the Jedi line of Star Wars toys. I've had this Lando figure for a long time, but I only recently got his helmet. I think as a kid I would have been more excited by this figure if I had his helmet. Lando also originally came with a vibro-axe. As I've mentioned many times here on Action Figure Adventures, I never owned any vintage Star Wars figures straight out of the package and there for never had many accessories. I did have a vibro-axe accessory as a kid and thought it was so cool. The sculpt really captured the details seen in the film.

This figure really captured the look of Billy D. Williams. I've always wanted to do a boil and pop head swap with this version and the Bespin figure. Along with the great head sculpt, Lando has tons of great details in his armor and outfit. 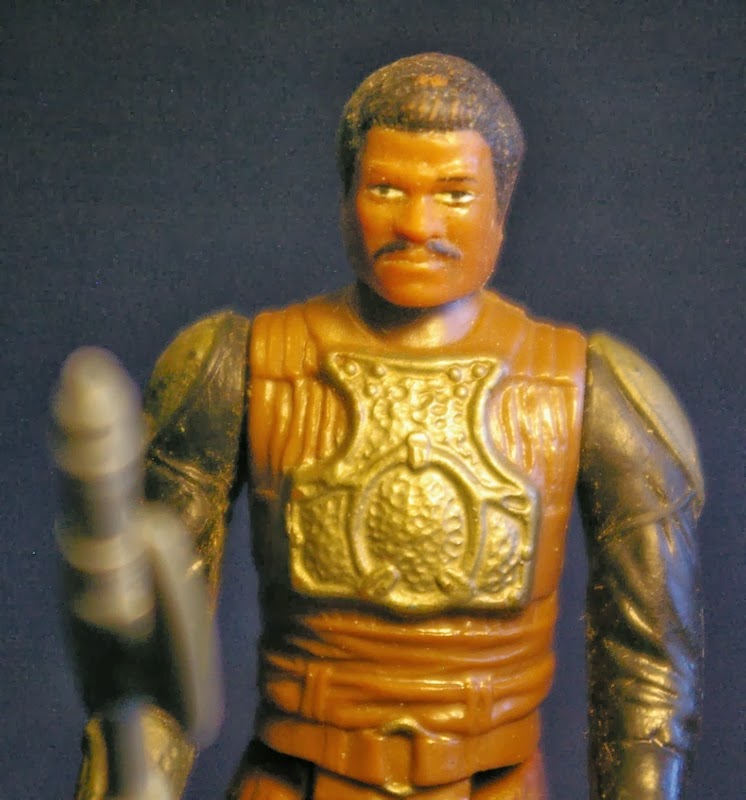