I've mentioned on AFA several times about how in the 90's my buddy Derek and I used to make little dioramas with our toys and take pictures of them. We called these Set Ups. We did a yearly Godzilla Set Up as kids around Christmas time. We occasionally did set ups with other toys as well. At some point in time Derek's Mom started taking a photo of us before or after we took our toy photos.

This is a photo of Derek and myself at his house. We are each holding a monster figure and wearing matching Godzilla t-shirts. Derek has a cast on his arm from a Red Rover accident at Boy Scouts. 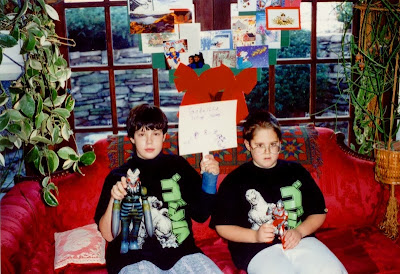 I know it's basically impossible to read the sign Derek is holding in the photo above. With a little Photoshoping I've made the sign slightly readable. It says...

I'm not sure if this photo is from the following year or two years later, but I think this was the 2nd to last year that we did a set-up. If you look carefully you can see Fire Rodan hanging from fishing line from Derek's finger. We often times dangled flying monster into photos. Unfortunately we occasionally got our hands or legs in the photos in the process. If we had digital photography and Photoshop in those days these set-ups would have been an even bigger production. 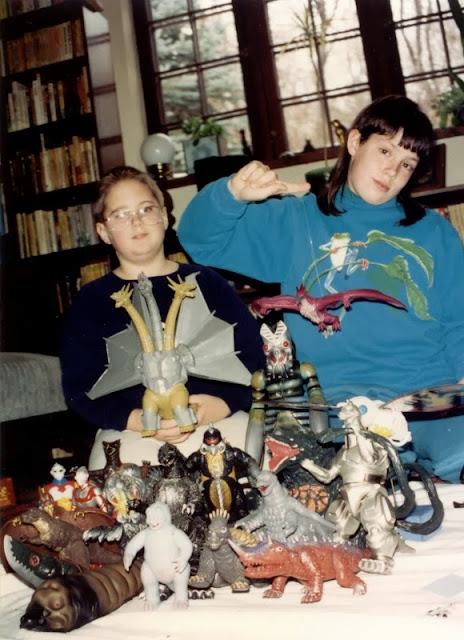