I'll be the first to admit it, as a kid I hated the vintage Two Bad. He seemed so dumb to me. He came armed only with a shield and had those wacky shoulders that seemed pointless to me. I also didn't see the humor in having this two headed character arguing with itself, even though I loved the two headed monster from Sesame Street. I've grown to like Two Bad, and really enjoyed how he was used in the 200x cartoon. So the MOTUC classic figure has arrived, and I have to say I like him a lot. 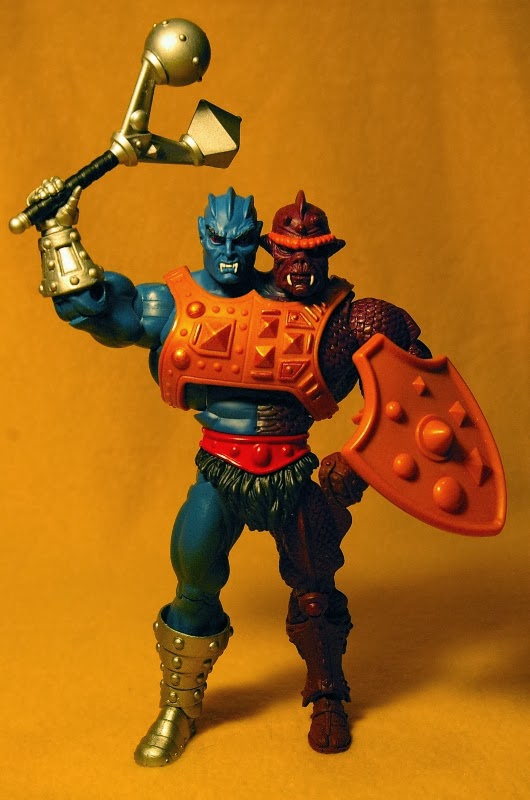 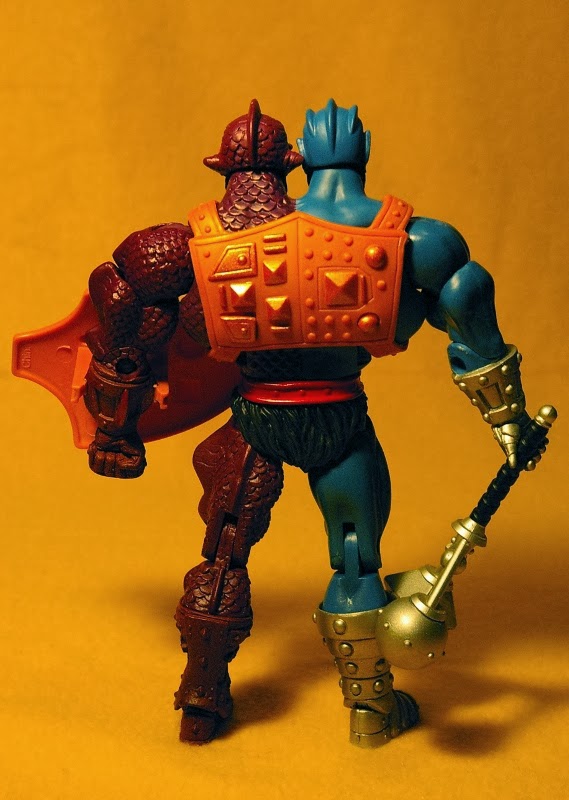 I'm glad he came with a second weapon, although I don't really care for the design of the mace. It just doesn't look lethal enough for me. It's so rounded and not pointy at all. The detailing on the figures body and armor are amazing. The little scales on the purple half are awesome. I love all the bumps and rivets on Two Bad's chest plate and boots. I found it interesting that Two Bad has one closed fist that can not hold an accessory, I think he might be only the second figure in the line to have this type of hand. Thunder Punch He-Man being the other. 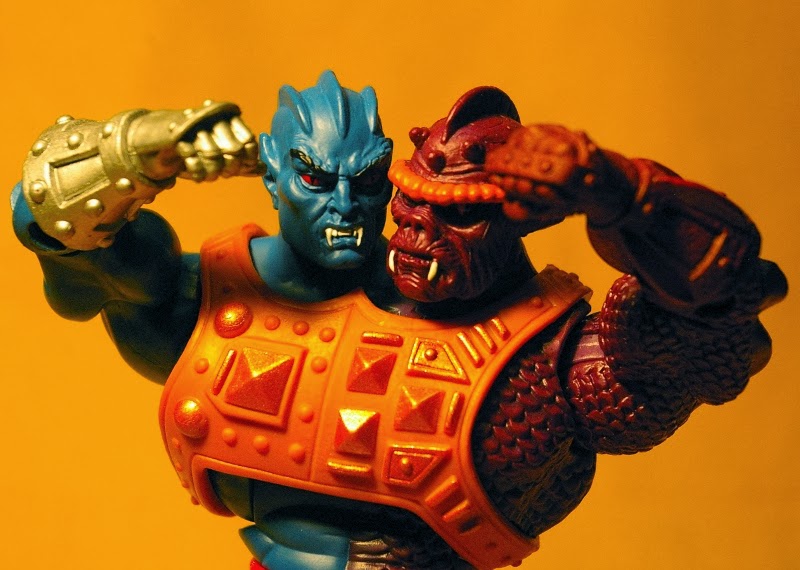