Walter Peck was the environmentalist from the EPA who shut down the Ghostbuster's containment unit in the first film. Walter believes he's doing what is right for the environment, but the Ghostbusters and viewers of the movie know he's going to cause the end of the world. Mattel sold Peck through Matty Collector.com a few years ago when they were releasing Ghostbuster toys on a regular basis.

I don't have all of the Ghostbuster figures, but Walter seemed like a decent figure to have if I need a generic suits for a stop motion video. In addition, I love the film and like the fact that he came with a piece of the containment unit. I bought him on sale during one of Matty's promotion. 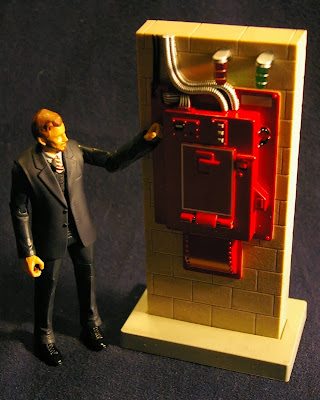 I like the fact that the trap that came with some of the other Ghostbuster figures can be inserted into the containment unit. "When the light is green, the trap is clean." 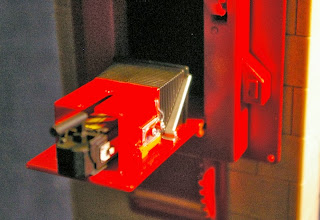