Dick Grayson grew up paroling the night as Robin, but he grew up to be Nightwing. This Justice League Unlimited figure shows off his black uniform with bright blue bird logo. He was released in a three pack with the Penguin and Batgirl. Nightwing has a more unusual stance than most of the JLU figures who are all standing at attention. Unfortunately with his really thing legs and action stance, Nightwing falls over easily. 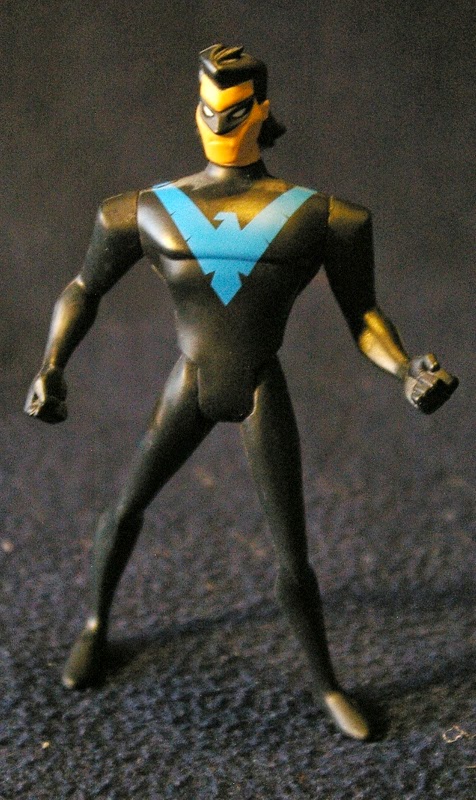 I actually traded a Real Ghostbusters toy to one of my blog readers a few years ago for this figure. I didn't really watch JLU, but I did enjoy Nightwing in the last seasons of Batman the Animated Series.
Posted by Buzz Chuck at 11:17 AM