As a kid I really loved Kenner's Aliens toy line. I saw the movie Aliens shortly before the toy line was released, even though the movie was kind of old at the time. This made the toys seem super exciting. Even though the figures didn't look like their movie counterparts (an sometime weren't in the movie at all) I still thought they were cool. The Bull Alien was one of the few figures I was able to get my hands on. He's a red tinted alien that stands on all four legs. He has large horns that can actually spin and be positioned as you so desire. The Bull Alien also has a head butt action feature that is pretty powerful. 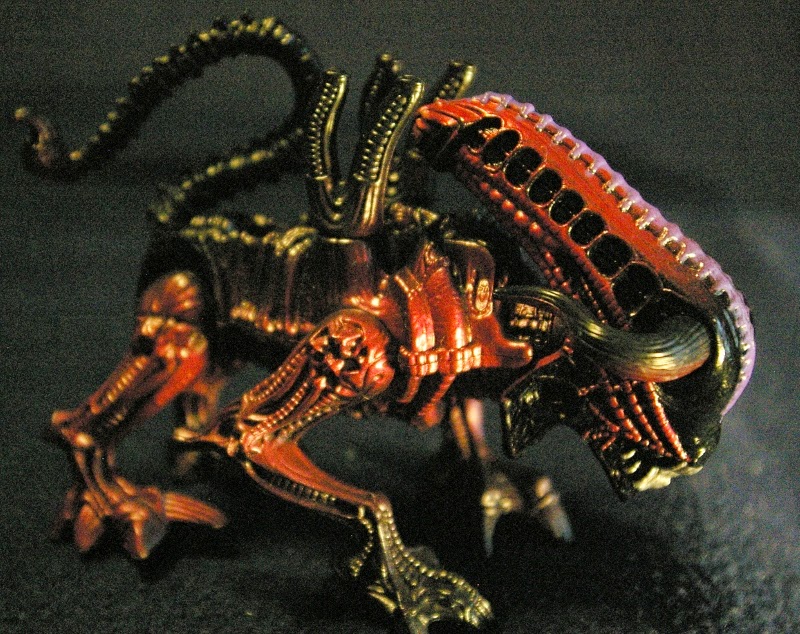 My buddy Derek showed me one time that you could actually get the Bull Alien to balance on his back legs. The articulation point in the Bull's neck allows him to look forward while standing. It's kind of a cool display option 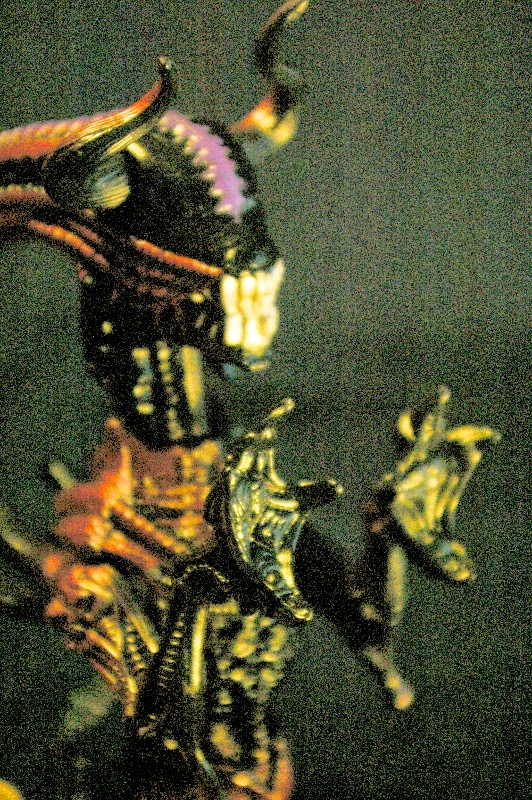 The Bull Alien has four hip joints, a joint at the end of his tail, and a pivot at his neck. As mentioned before his neck can extend out from his body to make his neck longer or "ram" a Marine. The Bull Aline also came with a face hugger accessory to use one the human figures from the line.