The Pteranodon was the first and only bad guy Dino-Rider I owned as a kid. I had a few of the good guys, but I really thought the bad guys looked cool with their Dinosaurs wearing the brain boxes. 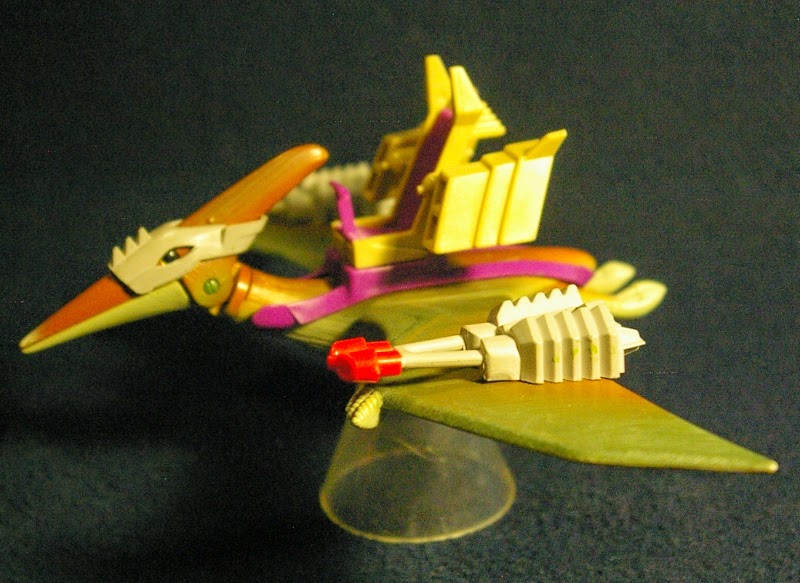 The Pteranodon has an articulated beak as wells as a wing flapping action which can be activated by pressing the button on its back. 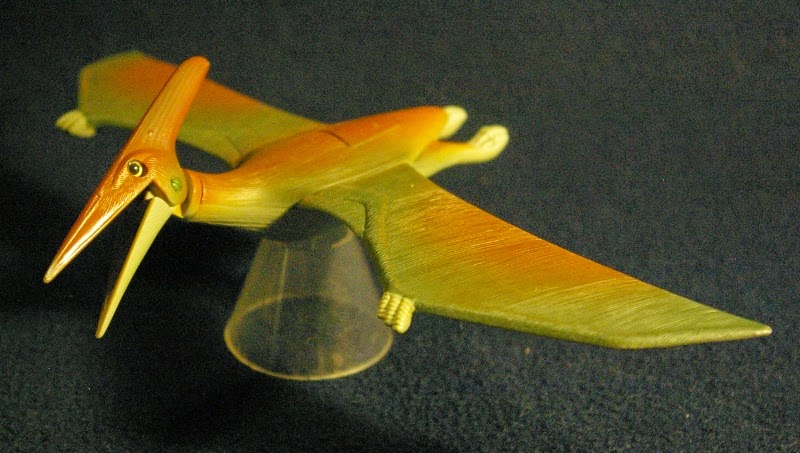 The back of the package contained a little information card about the dinosaur. You can see that the prototype that was photographed for the packaging has a slightly different paint scheme. The prototype is also shown with a black flying stand while the actual toy came with a clear base. 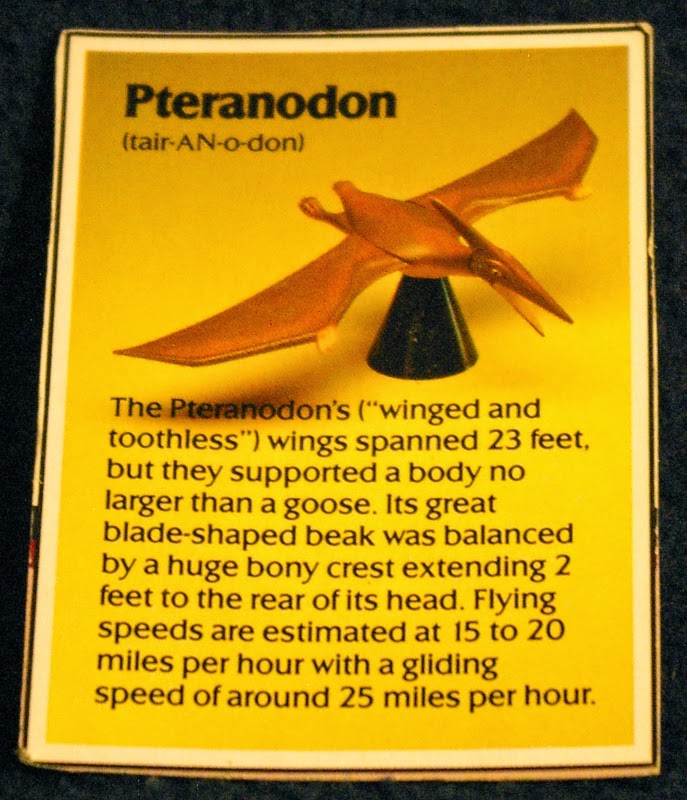 Along with the stand the Pteranodon came with a seat, two wing guns, the brain box and a Rider. All my MASK and Dino-Riders figures went missing when I moved. I'm not sure what happened to Rasp, but he was a green skinned snakeman with a black uniform with some purple details. 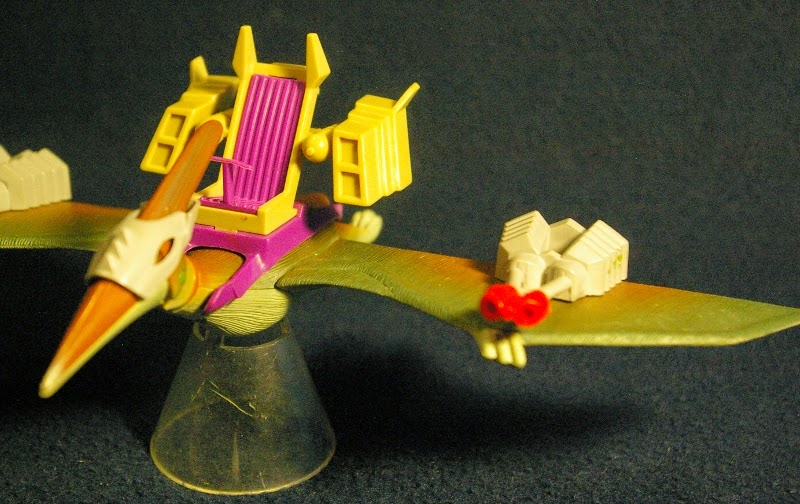