Traded for some Kre-o figures

My buddy Tony from Action Figs & Things  contacted me recently to see if I wanted to trade for some GI Joe Kre-O figures. He had a couple figure I really wanted and a couple I already had. He didn't really propose what he wanted for them, so I made him an offer based on some of the stuff I know he collects. We talked about it a little bit more and as usual with blogger trades we each planned to throw in some extras. My package arrived today, and one of the extras stole the show. 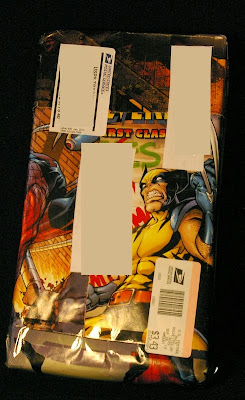 The package arrived today wrapped in comic book covers. This is pretty cool, but felt a little sacrilegious to me. I have a ridiculous amount of comics and I take very good care of them. On the other hand it did make the package fun. I remember the Wolverine First Class issue seen on the front of the box. 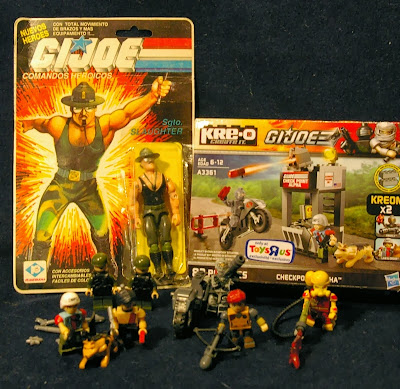 The package contained all the agreed upon Kre-O toys, as well as a couple of bonus military mini-figs and weapons. The item that stole the show for me is the South American International Sgt. Slaughter. 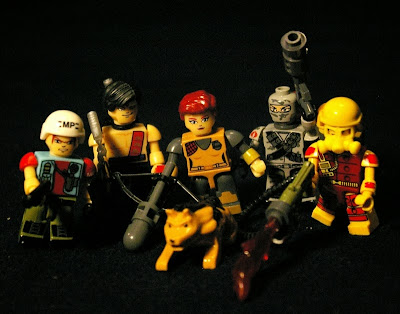 We have Law & Order, Quick Kick, Scarlett, Firefly, and Blowtorch. 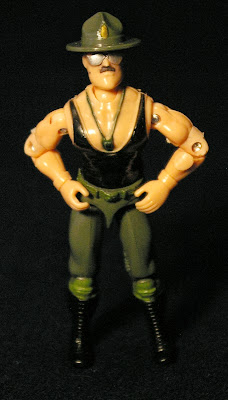 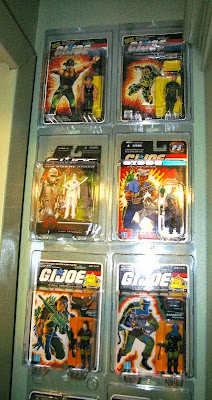 The International Sgt Slaughter is loose, but includes his cardback with partcially attached bubble. He uses the same mold as Sgt Slaughter v1 & 2  from here in the USA. He has a unique paint scheme including the oddly pink skin tone seen on many South American (Argentina) figures. I have the Sarge tucked in his bubble and displayed in a Zoloworld case next to an International Ripcord figure who was also released from his package. Both figures are missing all their accessories. When Tony originally posted the Sarge on his blog I thought he was a sealed figure. I got very excited and mentioned to Tony that I'd buy him if he ever decided to part with him. So when he was included as an extra in a trade I was blown away. I think he's so cool because Sgt Slaughter wasn't a carded figure in the US until the Slaughter's Marauders version. 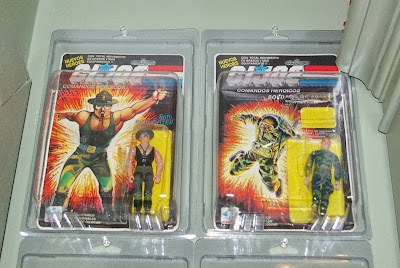