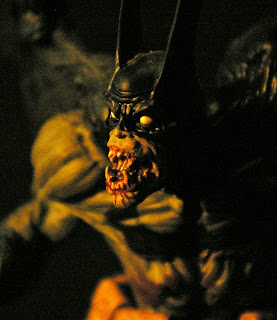 Infinite Crisis is a new online game featuring many alternate versions of DC Super Heroes. These are the cool characters that used to star in Elseworlds books before DC cleaned up their universe and ended the Elseworlds titles.. Now these characters have been pushed off to different Earths in the Multiverse.

Vampire Batman from the books Batman vs Dracula: Red Rain, Bloodstorm, and Crimson Mist has been updated and renamed Nightmare Batman.

DC Direct released a really cool statue of Nightmare Batman, and since I'm such a huge fan of Doug Moench and Kelley Jones' work on the Batman Vampire books I had to get him. I still remember Doug showing me a copy of Batman vs Dracula: Red Rain as a kid. He asked me if I though my Mom would let me have a comic book like it. I flip through a few pages and saw busty girls, vampires with blood dripping from their teeth, and lots of crazy action. I wasn't really sure, but I wanted to read the comic so I said yes. He signed the book and sent it home with me. I was so glad my Mom let me keep it. I read it dozens of time and eventually had is signed by Kelley Jones (artist) and Malcolm Jones III (inker).

The bio for Nightmare Batman on the Infinite Crisis sight follows along with the story from those dark and moody Elseworlds books from the 90's and early 2000's.

"Having succumbed to vampirism while hunting Dracula, Nightmare Batman’s unnatural speed and strength make him one of the most formidable and terrifying assassins in the Multiverse.

Initially, Bruce Wayne controlled the hunger, augmenting his skills with his newly gained vampiric abilities to fight his war on crime. In time, the hunger became too great and he brutally murdered the Joker, gorging on his blood. His control snapped, what remained was a wild killing machine, unpredictable but efficient.
Nightmare Batman isolates enemies with short-term stealth and multi-target slows and can lock down vulnerable foes for the kill with his ultimate." 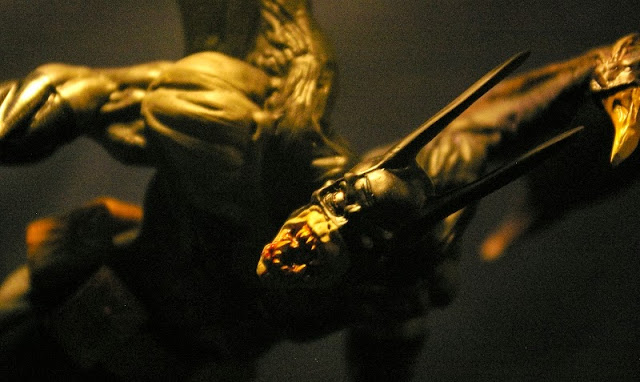 This statue has an insane amount of detail. He is covered in rippling muscles and veins. Unlike the Vampire Batman in the comics, the video game version has huge clawed hands and clawed feet. 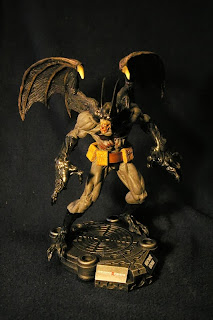 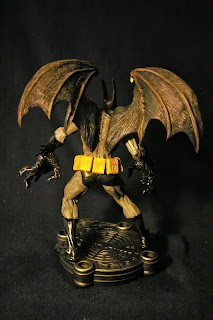 The statue features a base with the Infinite Crisis logo and translucent wings. 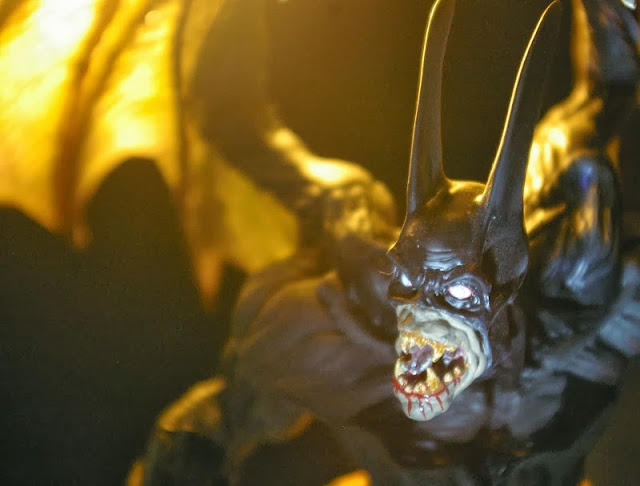