2014 is the 30th Anniversary of the original Transformers toy line. Like many other 80's properties in honor of this milestone we are seeing some incredible updates of the vintage toys. The Transformers Masterpiece line is incredible. I finally have the Soundwave I always wanted as a kid. He looks like the cartoon character and is highly articulated. I freaking love this guy. Unfortunately he also comes with a big price tag of over $120 with tax. 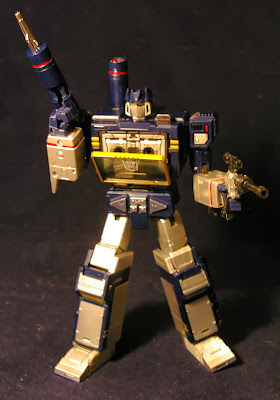 This highly articulated Soundwave can be posed in all sorts of action poses as well as transform into a tape deck. He comes with a five cassette minions and a bunch of additional accessories. Soundwave is the Decepticon Communications Specialist, and had the coolest modulated voice in the G1 cartoon. 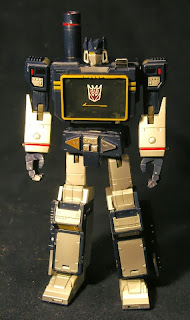 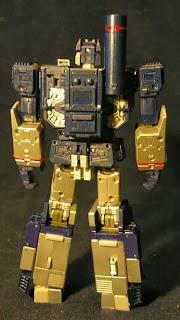 Of all the cassette tape Decepticons, Ravage always seemed to be the most bad ass. Unfortunately, his update figure looks too lanky. Ravage's transformation is very different from his vintage figure, making him appear wider. This comes at the loss of his "cat" shape. His body is sort of odd and his shoulders stick out really far. He does stand better. Ravage's back is just too straight now. 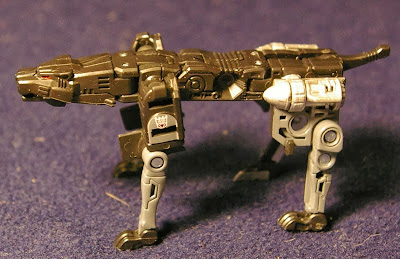 Lazerbeak (Red) and Buzzsaw (Yellow) are Soundwave's flying minions. Their transformation is very similar to the G1 birds, but their little back jets are now built in. I had Buzzsaw as a kid and loved him. I wish this one was a little more metallic gold instead of yellow. 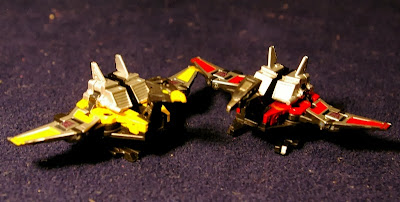 Rumble (Purple) and Frenzy (Red) are Soundwave's humanoid robot buddies. They each came with a couple of cool accessories. They have their little laser guns that they can hold or clip on their backs. They also both came with ground pounding pistons like Rumble frequently used in the G1 cartoon. I had Frenzy as a kid, and I kind of miss his spring loaded head. 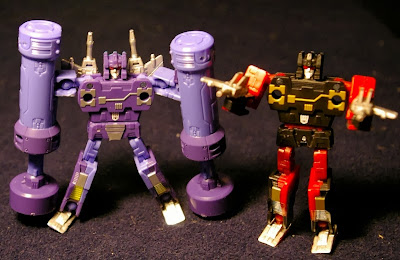 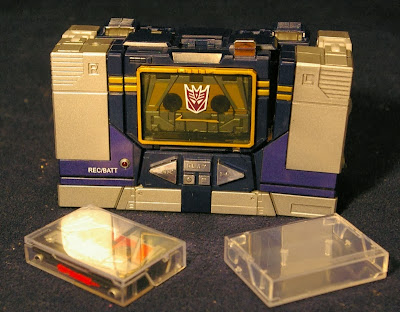 Soundwave turns into his classic tape deck mode. Each one of the cassette tapes comes with a clear case. Soundwave has a working working eject button that opens his torso to allow for the various cassettes to be inserted. 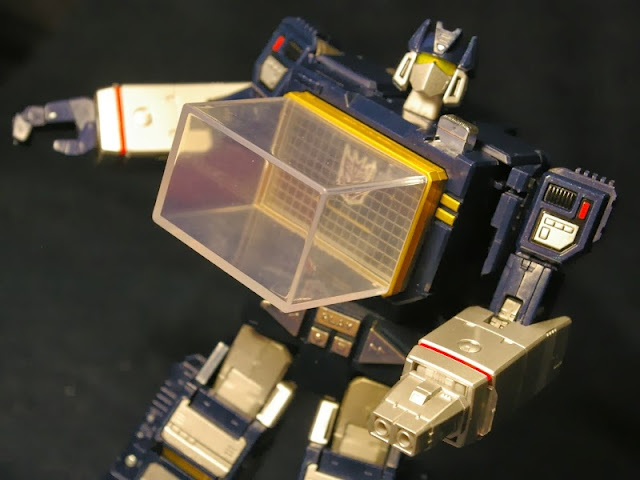 Soundwave comes with an in-scale Megatron gun (as seen in the top photo). He includes his battery gun and a gun attachment that connects to his arm if you flip in his hand. He also comes with a clear energon cube. Soundwave even comes with a cool snap on grid that allows the cube to be attached to his chest to recreate his ability to produce the cubes in the G1 cartoon. 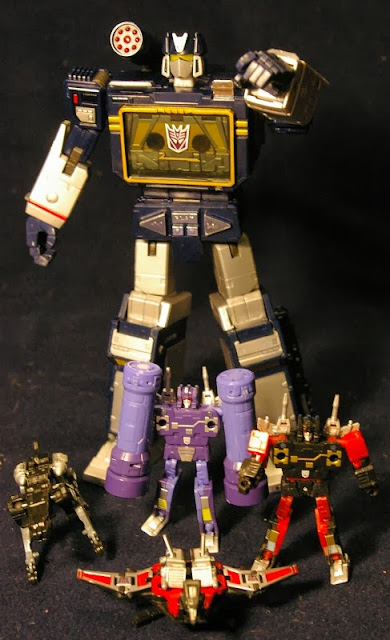 I don't own a lot of Transformers, but this guy is what I want in a Transformer. Cartoon appearance and good articulation is key for me. I may be the only person on the planet that would rather have a really well articulated figure rather than one that can transform.
Posted by Buzz Chuck at 9:54 PM