I should have posted about this toy months ago, but I've been busy posting stuff from NJCC and Retro Con and hadn't taken photos of it yet. I recently worked out a trade with John from Clawful Punch for this awesome MASK Rhino Tractor Rig. The Rhino is by far the biggest and coolest vehicle from the first wave of MASK toys. This line of transforming vehicles and mini figures was released by Kenner in 80's. The toy line was supported by a great cartoon show as well. MASK stands for Mobile Armored Strike Kommand.

Like many vintage toys, the Rhino's box features a painting on the front and a photo of the actual toy on the back. The box also shows off all the action features built into the Rhino. 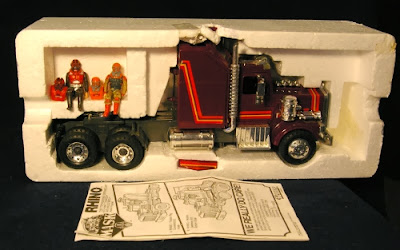 The Rhino is a large maroon Tractor Rig that turns into a Mobile Defense unit. The vehicle contains a command center and a smaller all terrain vehicle can separate from the rear. I had a lot of MASK figures as a kid, but most of them came from yard sales. I owned three of the vehicles, two of which also came from yard sales. The Rhino along with the Boulder Hill play set were always on my wish list. A kid that my babysat for had the Rhino and frequently brought it over to play with it. 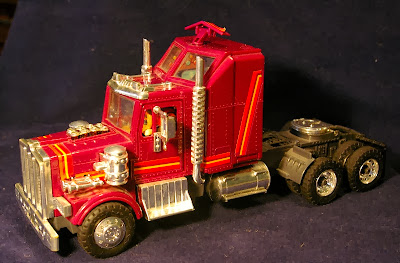 The Rig's smoke stakes turn into laser cannons and the front bumper and grill form a battering ram. 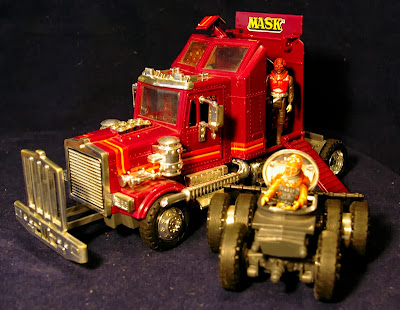 The designers of the toy line planned on this vehicle to be a main player in the line since the Rhino and one of the masks included in this set are parts of the logo. I always liked the little command area in the sleeper portion of the rig, but it's hard to play with figures in there. 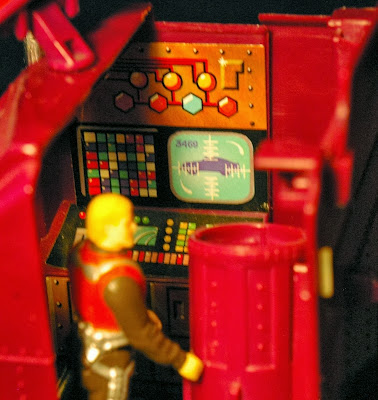 The Rhino also includes an ejector passenger seat. It was trying to capture the ejector seat in action, but these were the best two I could get. 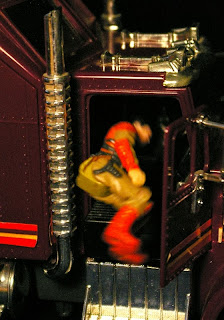 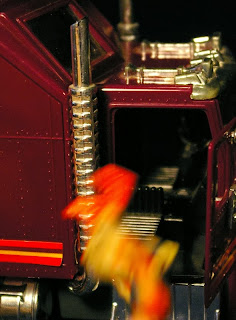 The Rhino includes two figures, and going along with the name of the toy line they each include a mask (or helmet). I was really excited that this Rhino included both the "short" and "long" masks. The vehicle should only include one version of each mask. At some point during the production of the line the masks were all changed. 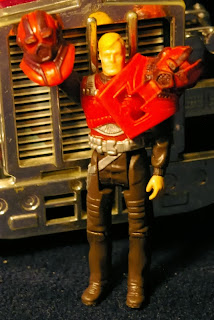 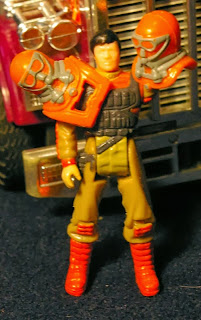 Matt Tracker is the blonde haired leader of MASK. Matt comes with the Ultra-Flash mask which has the "pretend power" of disorienting opponents with bright lights. I don't think he ever used this mask in the cartoon series. He was always seen in his gray and red outfit. The second figure is Bruce Sato with the Lifter Mask. Bruce frequently used his helmet to lift heavy objects with the masks anti-gravity beam in the cartoon.

I think one of the coolest overlooked ideas for this toy line would have been to release a trailer that could be pulled by the Rhino. Unfortunately the trailer would be lame to own if you didn't have the Rhino. Perhaps that is why there never was a trailer.
Posted by Buzz Chuck at 1:47 PM

Email ThisBlogThis!Share to TwitterShare to FacebookShare to Pinterest
Labels: MASK