Weequay is one of the many interesting alien characters we get a glimpse of in Jabba's Palace or on his Desert Skiffs in Return of the Jedi. This wrinkly faced desert dweller with a long dreadlock like ponytail has the honor of forcing Luke Skywalker to walk the plank. Weequay was one of the first Star Wars figures that I ever had a duplicate of as kid. I never owned a single vintage Star Wars figure straight out of the package. They were all bought at yard sales and comic shops. 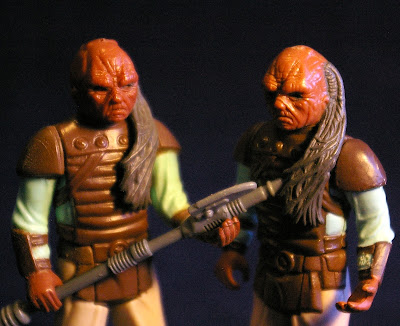 By the time of Return of the Jedi, Kenner was getting a little more bold with the stances they sculpted figures in. They no longer were they all standing at attention. Weequay here, has cool posing of his arms to let him hold his vibro-axe (thingy) with two hands.  I used to equip my second Weequay with the tan whip that came with the GI Joe Croc Master. Weequay has some really nice sculpted detail. His armor is very nice, and there is tons of texture in his hair. 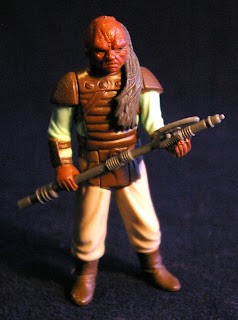 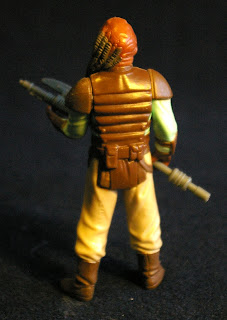