Masters of the Universe is known for their re-usage of parts. A character like Faker doesn't even try to hide the fact that he re-uses parts. Mattel had to change him enough from He-Man or parents wouldn't buy him for their kids, so he got a Skeletor style paint job. The entire Faker figure is a He-Man body and armed with Skeletor armor and sword. I bought Faker last weekend at Retro Con to help round out my collection of vintage Evil Warriors. 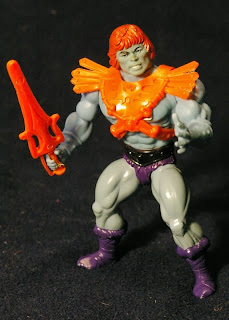 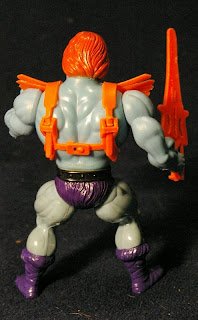 As a kid, I never had Faker. It wasn't until I was an adult collector that I even found out that he had a sticker under his armor. I remember playing with my cousin's Faker, but I never took his armor off. In fact I rarely took anyone's armor off because I was always worried about the tabs breaking. 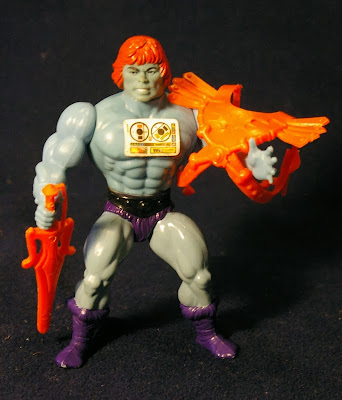 Bonus Item: Panthor's Saddle - another Retro Con score.
Now when I post about my fuzzy purple kitty cat toy he will be complete. 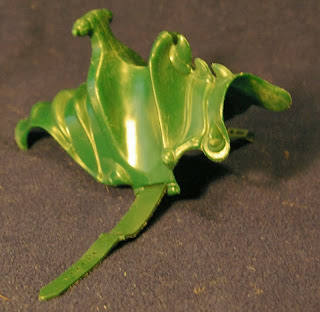