In the 90's Mattel tried to revamp Masters of the Universe with a toyline simply called He-Man. Fans often refer to this line as New Adventures (NA) because of the cartoon series that went with the toys. As a kid I owned one NA figure and one vehicle, both of which I bough at yard sales. Both of those are long gone. Last Summer I bought the Starship Eternia and two loose figures on ebay. At Retro Con I bought a 3rd NA figures, this being a complete NA Skeletor. 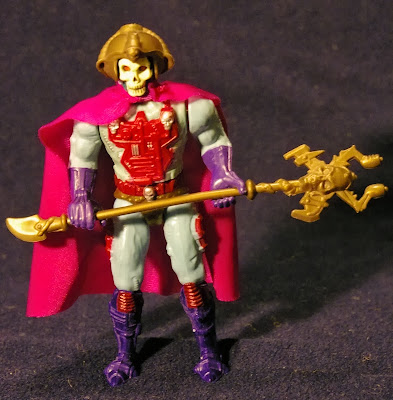 In the cartoon Skeletor's body is damaged and he is repaired with cybernetic parts, ala Darth Vader. You can see he has a metal plate attached to his chest. There are other cables and wires sculpted on him. He comes with three accessories, a gold helmet, a gold staff, and a magenta soft goods cape. 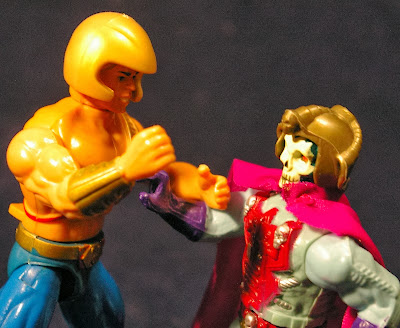 The epic battle between Good & Evil continues in outer space.
Posted by Buzz Chuck at 6:32 AM