Masters of the Universe Paint & Playset

At Retro Con I found a one of the He-Man Die Cast Miniature figure sets I've been hoping to find. Grenadier Models released four sets of miniatures for Mattel in 1983. As a kid I collected an painted miniatures from many different manufactures. When I was in elementary school I focused on fantasy miniatures. Eventually in middle school I started painting more Sci-Fi miniatures. The front of the Battle Ram Attack Force set box has a great illustration on the top and a photo of a painted set. This set contains several miniatures, a set of paints, and a little plastic terrain piece. 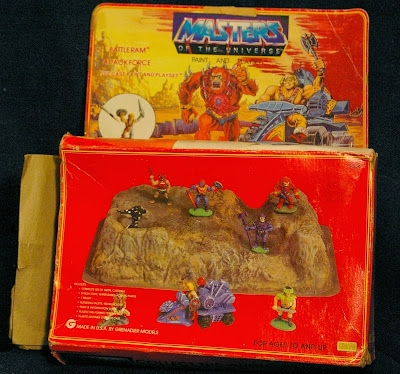 Below is a another pictures of the painted sample of the set from the back of the package.

The Battle Ram miniature is actually made up of two pieces. It looks spot on to the vintage toy. 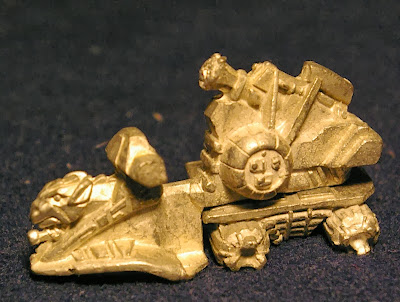 The He-Man figure is posed as a rider for the Battle Ram. Unfortunately this miniature came with a broken ax. The past 30 years has been rough on these soft metal figures. 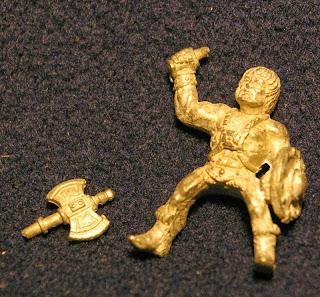 Zodac is also a "rider" figure for this set. 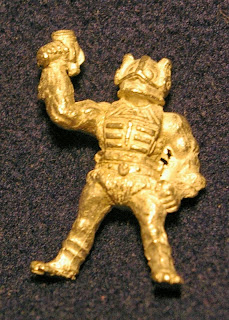 Here are the two riders posed with the Battle Ram. It would be really cool if the Jet Sled
could disconnect from the wagon portion of the Battle Ram. 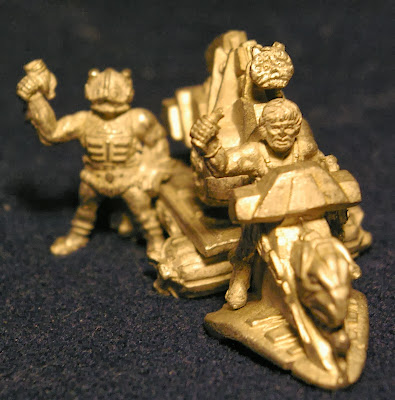 This set also includes the Laser Cannon from Castle Grayskull 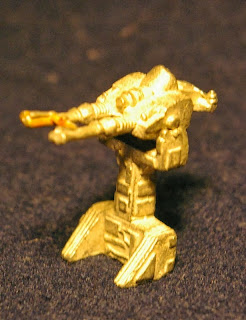 Like He-Man, the Skeletor figure in my set is damaged. The ram's head on his Havoc Staff is broken.
(and missing... bummer) 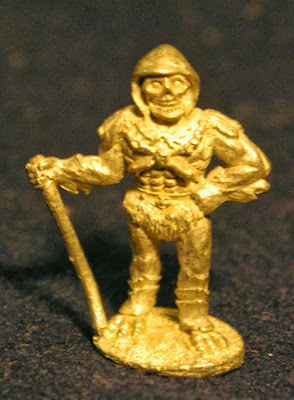 Beastman and armed with his whip and Tri-Klops with his sword. 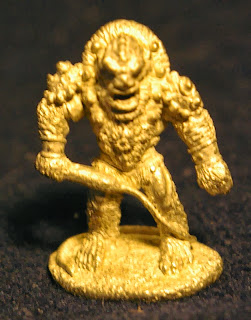 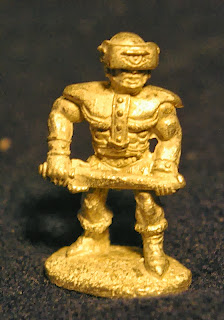 Faker with his sword and shield. In true Faker fashion, he looks almost like He-Man,
but you can see he is wearing the Skeletor style armor. 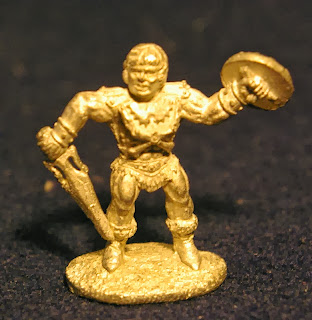 Teela wearing her snake armor while posed in an interesting crouched position. 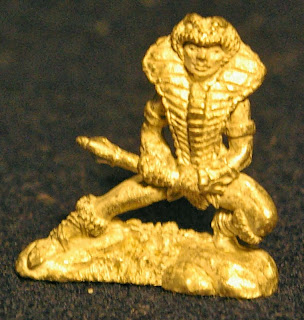 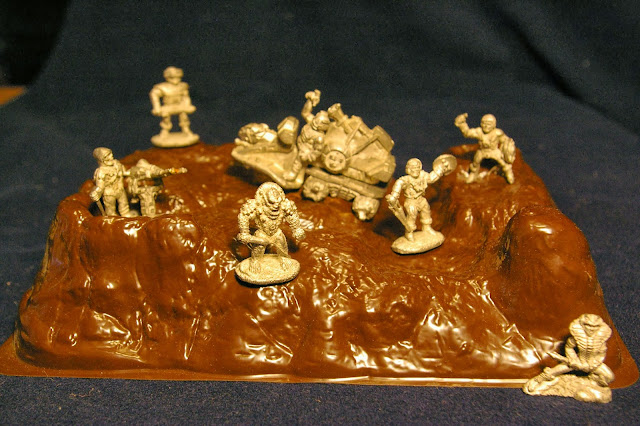 I'm tempted to paint these little guys. I know that painting them will kill their value, but I think it would be fun to do. Since two of the figures are damaged it help me not feel so bad if I do paint the set, but since I have the box and everything I kind of want to keep them as is. Oh well. What do you think?
Posted by Buzz Chuck at 10:10 PM