Jubilee was a pretty important character in the 90's X-Men cartoon, but I never really read a ton of comics featuring her. When I saw this new figure of her I wanted to get a Jubilee for my Marvel Universe X-Men team. I've been trying to get as many members as possible. 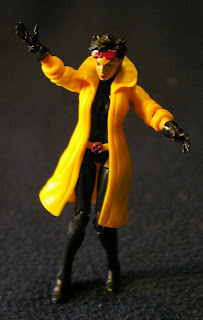 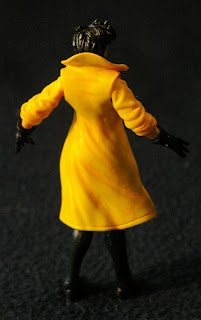 She's wearing her classic yellow trench coat, but the uniform she's wearing under that is a more modern outfit. I've been trying to stick with the 90's versions of the X-Men, but if there isn't one... then I have to go with what Hasbro is releasing. Jubilee came with one accessory. It's a purple energy blast that represents her mutant power, which she calls "fire works". 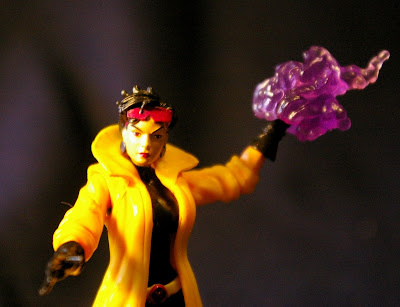