Scarlett v10 (sometimes called Pilot Scarlett or Glenda) was released as part of the 25h Anniversary line and features Scarlett in a pilot's flight suit. This figure was done as a tribute to a foreign exclusive figure which reused the v1 Scarlett mold but released her in with blond hair and a blue and silver uniform. The foreign figure's name was Glenda. 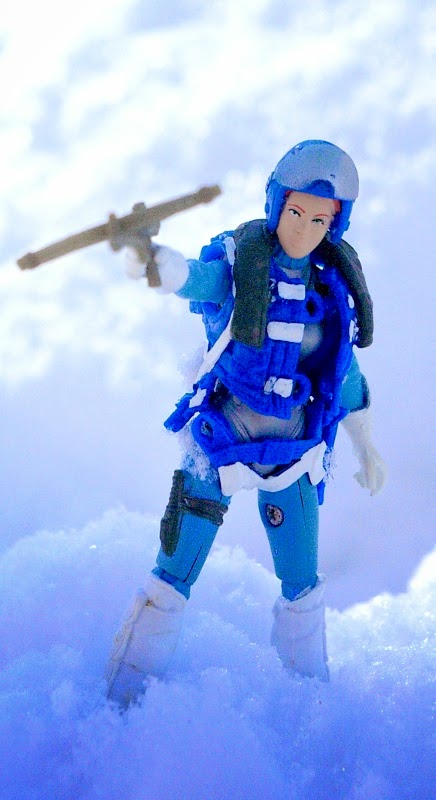 Scarlett came with quite a few accessories including: a vest, backpack, helmet, crossbow, pistol, and figure stand. Even though this she's dressed in a pilot uniform, I fell like this version could also work as an arctic Scarlett. 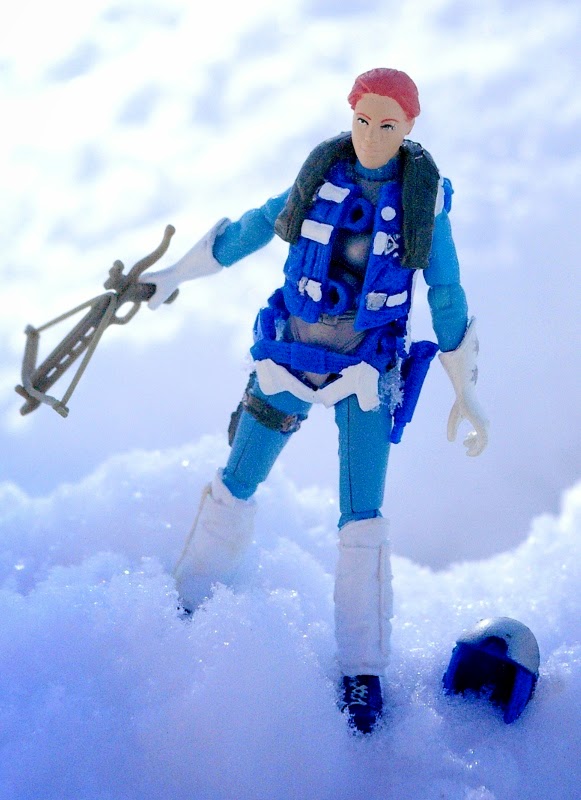 Even though this figure doesn't feature Scarlett in her original uniform, I do like that she has her hair back in a pony tail and is able to wear a helmet. In some of the earliest issues of the GI Joe comic Scarlett used to wear a tan helmet that looked like all the other original Joe's helmets. I really like this figure, in addition to the loose figure shown here, I also have a carded sample on display in my toy room.
Posted by Buzz Chuck at 11:06 PM