In the early 90's the Batman movie toy line morphed into DC Super Heroes. This expanded line saw many rehashes of Super Powers figures as well as some new characters. Riddler was a new character in the USA, put out by Toy Biz. He's dressed in his green question mark covered footie pajamas. The outfit is tied together with light purple gloves and belt. This was the outfit the Riddler had worn for many years at the time, and was also featured as a figure in the DCUC line. 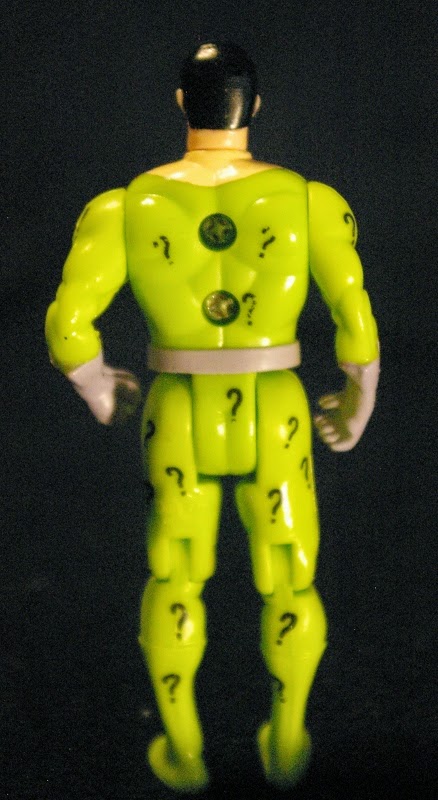 The Riddler has no action features, but did come with an accessory. He came with a little piece of paper that had riddles printed on it. The paper could be separated into six clues. I thought he was kind of a lame action figure as a kid and passed on him. I bought him at an indoor flea market in college when we need him to appear in an episode of our stop motion series, Animation Creation.
Posted by Buzz Chuck at 6:30 PM