Getting Ready for Back to School

Some of my long time readers may know that I'm a middle school & high school teacher. I've been putting in a lot of time over at school this week getting my classroom set up and decorated. I previously blogged about some of the nerdy stuff in my classroom. 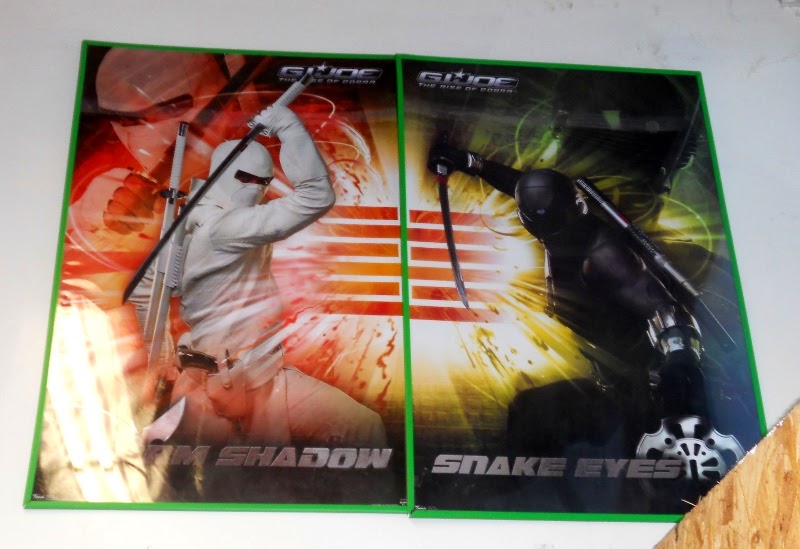 GI Joe: Rise of Cobra Storm Shadow and Snake Eyes posters. I like how the art work on these posters connect to one another.

I have a really tiny office area in my classroom and I have a bunch of toys on the shelves in there. All the Star Wars Happy Meal toys were given to me by one of my co-workers. Some of the PotF 2 Star Wars figures came from a lot I picked up at It's a Toy Show. 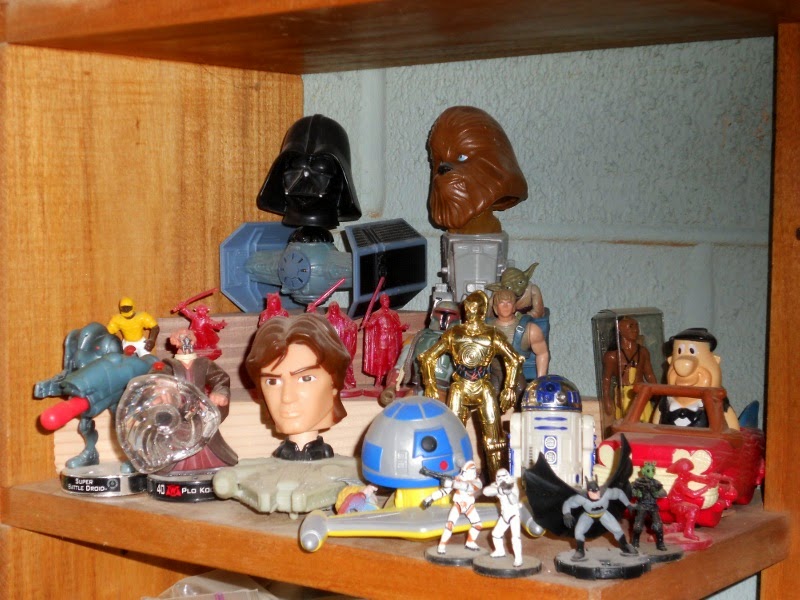 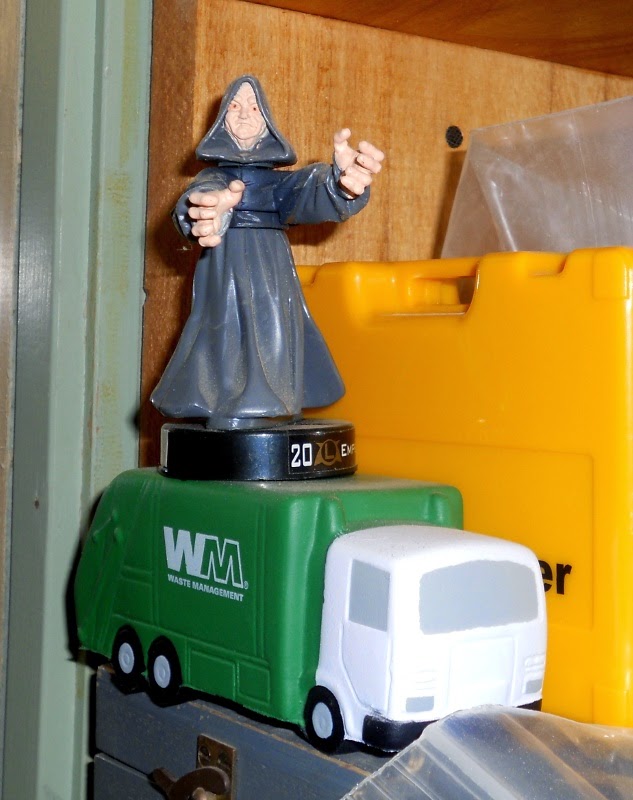 I've had the Mr. T. bust/stamp since the early 80's. Once in a while I put a stamp on a kids paper with it. One of my students game me the Star Wars pens that came in cereal. 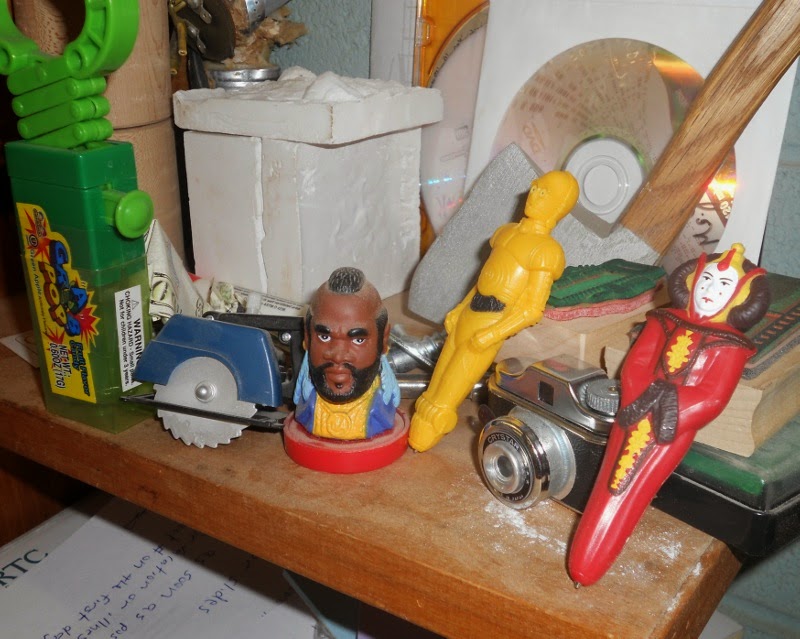 Several years ago during Spirit Week the these for each hall was a decade. So when the kids were cleaning up the hall way decorations after the contest I asked the 80's kids If I could have the Orko they made. 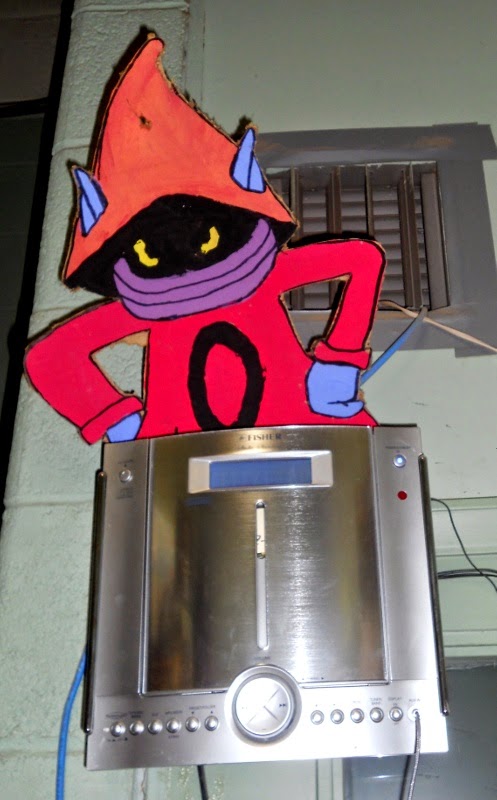 The guys from Toy Pizza  were giving out Guardians of the Galaxy toys to fans that came to the FYE event. After they gave everything away they had the nicely decorated shipper box that Hasbro had sent them the GotG toys in. They didn't want the box anymore so I asked if I could have it. 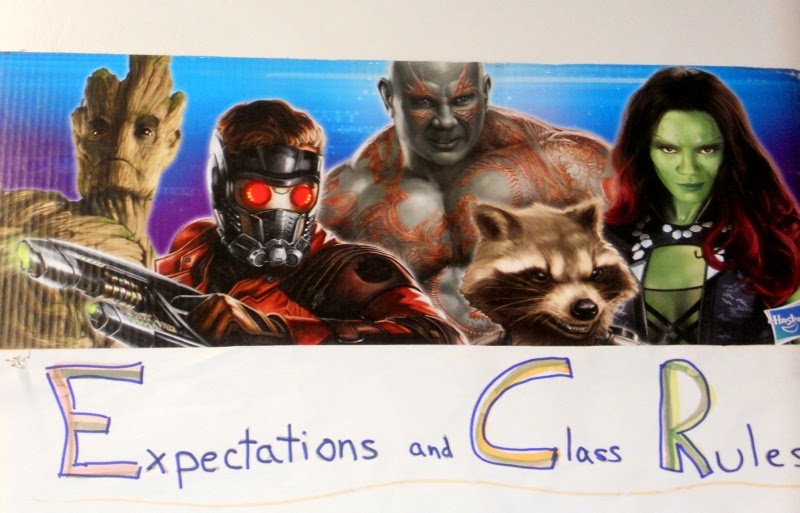 The box opens up to make a cool toy store display. So I cut off the image of all the Guardians as well as this large Rocket Raccoon. 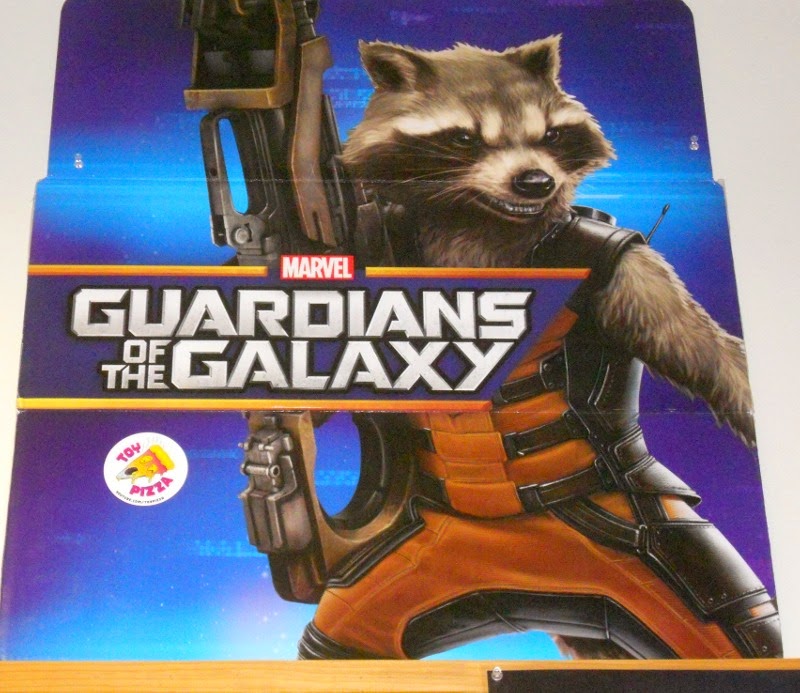 Last but not least, my 2014 Star Wars calendar. 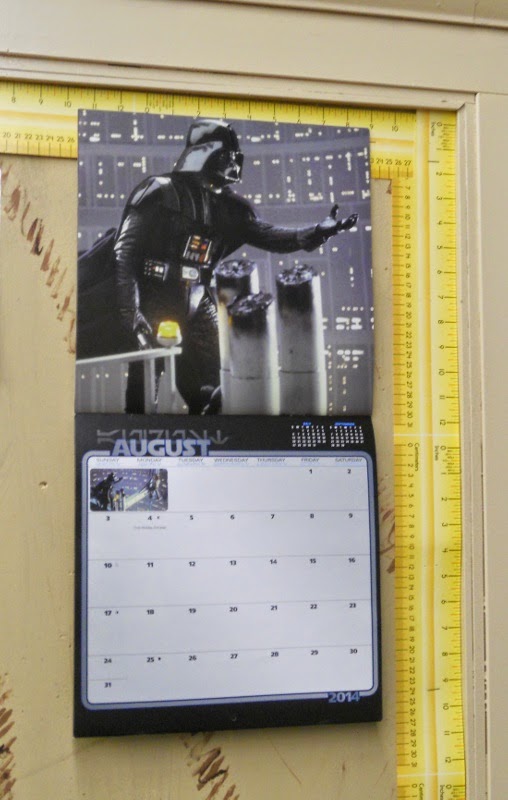