Lady Jaye was the second female member of the GI Joe team and is a very popular character due to her portrayal on the Sunbow cartoon show. The character of Lady Jaye as well as her uniform are basically the same between the toy line and cartoon, but the cartoon dropped her baseball cap and changer her javelin gun to hand thrown javelins In the Marvel comic book Lady Jaye is shown with and without her cap. She didn't use either version of the Javelin in the comics too much if my memory serves me..

For the Kre-o line of the GI Joes, Hasbro's version of building blocks mini-figs, Lady Jaye seems to take more cues from the v1 action figure. Here hat is blue instead of black and her backpack is tan instead of green. 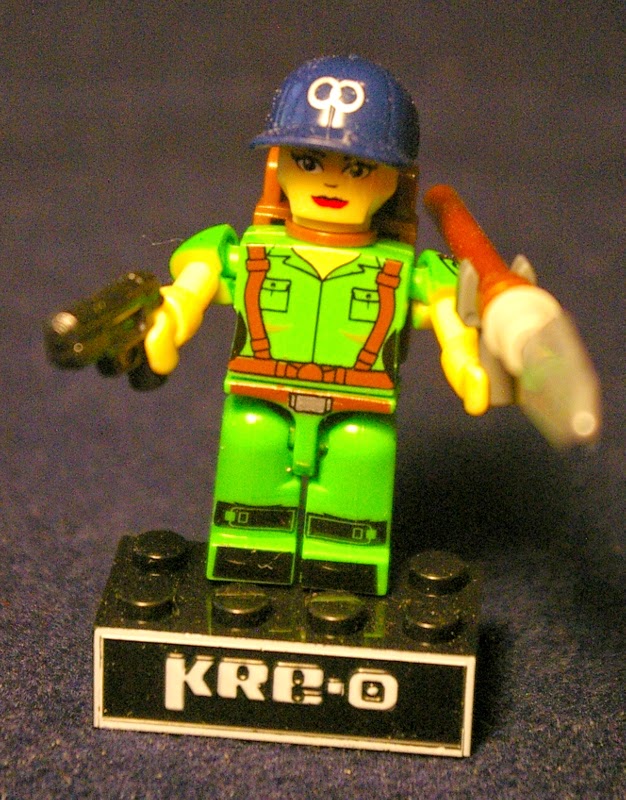 Instead of the green video camera the original figure came with, Kre-o Lady Jaye comes with a black handgun. She's a nice little figure. It would have been really cool if she came with a little Kre-o wig of brown hair so you could display her with and without the hat. The handle on her Javelin gun can be removed and then it looks like her cartoon Javelin. 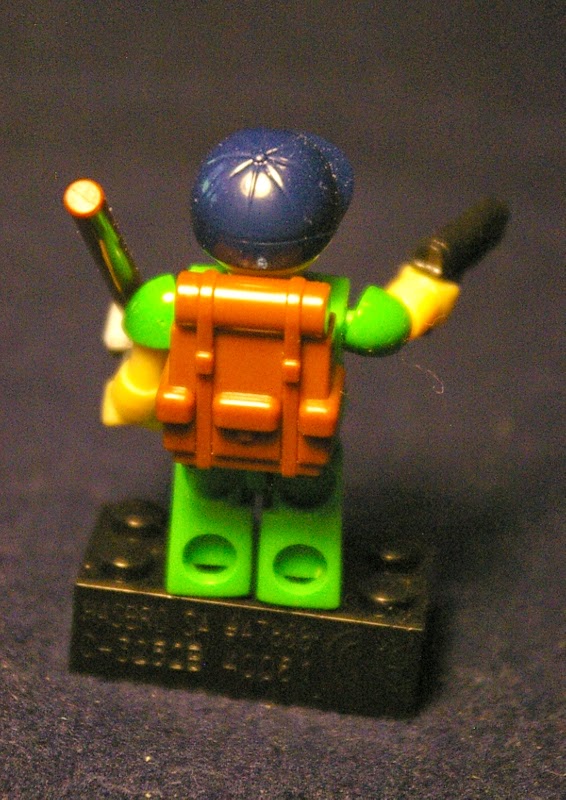