Insect Body Mr. Freeze was released in 1998 as part of The New Batman Adventures Mission Masters series. This line was based on the second version of the Batman Animated Series. The cartoon designs changed a little and were somewhat darker. I bought Mr. Freeze at a yard sale because I really liked his black and metallic blue uniform. Only later did I find out his head could be removed an attached to a spider body that I don't own. He also came with an ice blaster which could be stored inside his torso when he's in spider mode. 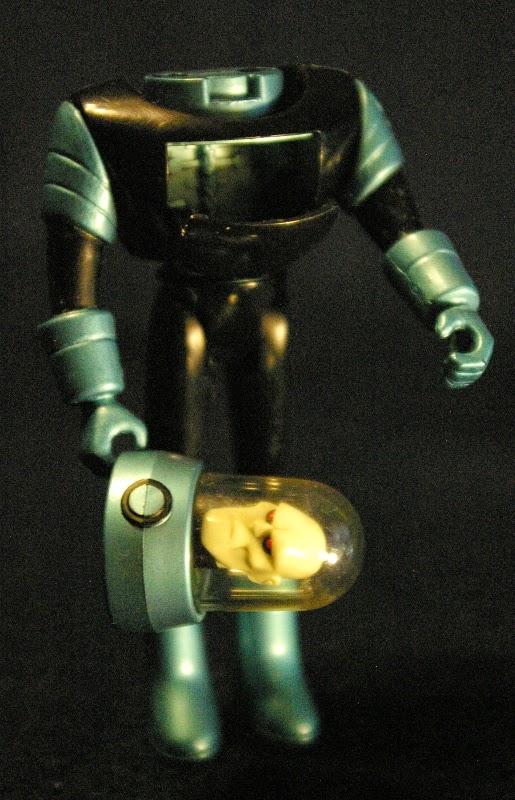 I love his pale skinned head with red eyes inside the clear dome. I just think the character design is really striking. I hope to come across the spider body at a toy show some time.
Posted by Buzz Chuck at 4:42 PM