The toy company LJN produce the large Thundercats action figures in the 80's as well as a line of miniature PVC figures. One of the more obscure characters who got a mini-figure but not a full sized action figure was Reptilian. This green-skinned lizard-man dressed in a yellow toga can be seen in the opening sequence as well as a couple times through out the series. At the beginning of the Thundercats series they establish that there are lots of mutants of each race (lizard, monkey, jackal) but the "main" mutants are all we really see later in the show. I really like the miniature line, but they are had to find, especially with their weapons. Reptilian should have a spiked ball tied to a handle by a bit of string. I bought this guy at a yard sale as a kid, but a while after the Thundercats had been out of toy store. 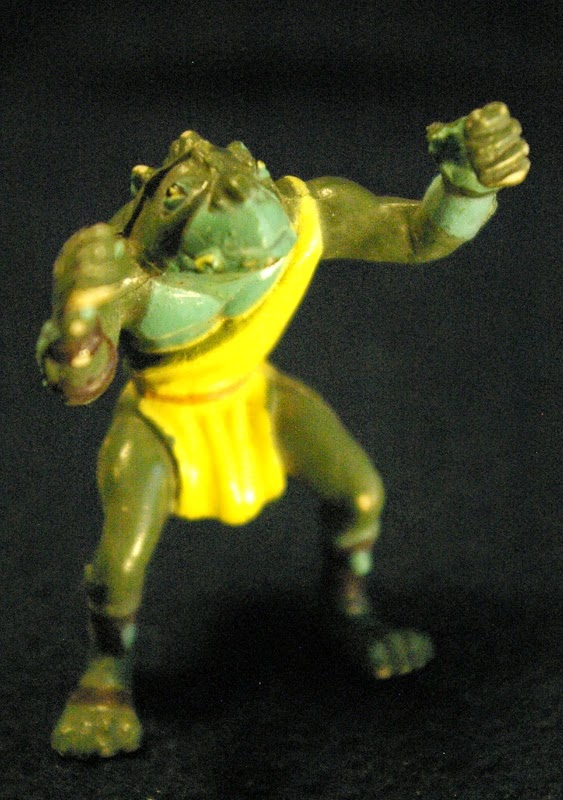