Sy-Klone was a Heroic Warrior in the Masters of the Universe line. He's a blue skinned man that can spin his upper body so fast he generates tornadoes. He's dressed in a blue, yellow, and red uniform with a radar dish on his chest. The dish is actually a lenticular sticker, so the Radar image sweeps across the sticker. The toy has a built in action feature that allows his torso to spin when a dial on his belt is moved. The spinning force makes his arms elevate and fly out to the sides.
. 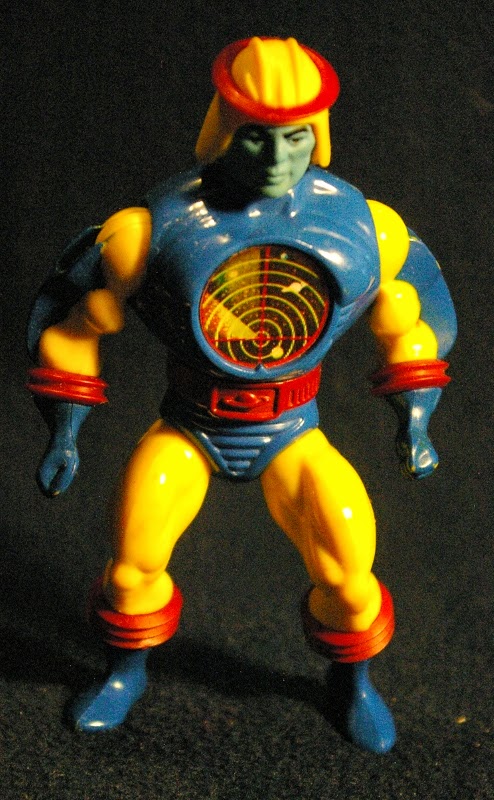 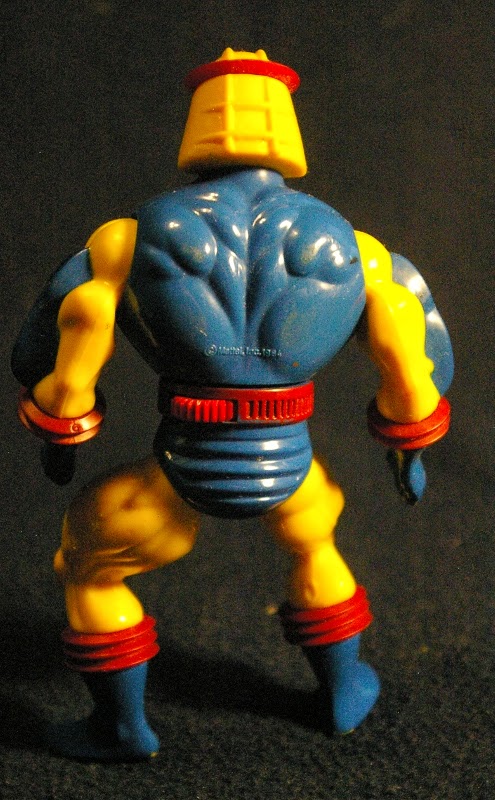 To make Sy-Klone's action feature work his arms do not have traditional MOTU joints. In fact, his arms can't really be posed at all. They just sort of dangle limply. In the photo below I actually was holding him upside down to simulate the way his arms spread out without having to deal with motion blur while taking the photo. Sy-Klone came with one accessory, a yellow shield that could be clipped to either of his wrists. 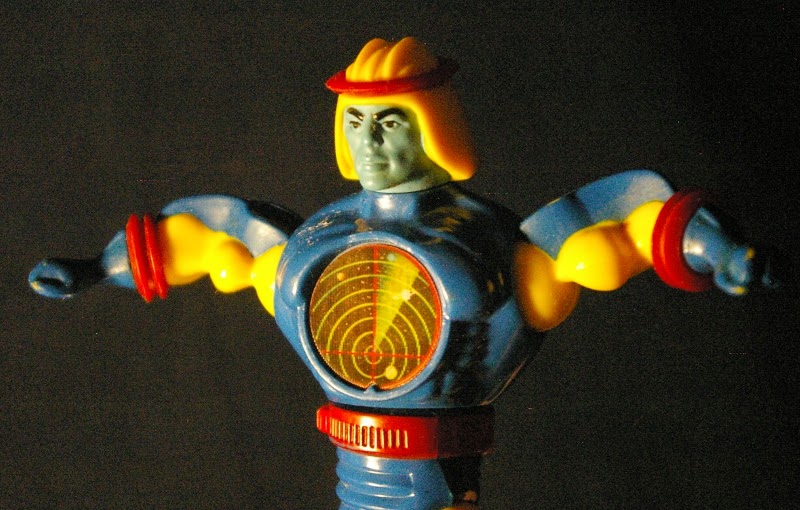 As a kid, I thought Sy-Klone's face looked a lot like He-Man's face. Since he has blue skin and looks like He-Man I naturally connected the character with Faker. I frequently pretended that Sy-Klone was a new version of Faker.
Posted by Buzz Chuck at 2:20 PM