Below is a pair of original animation cels of Zoar from He-Man & the Masters of the Universe. Zoar was originally He-Man's Fighting Falcon, an over-sized orange bird. The character was re-purposed as the Sorceress' falcon form that she uses to leave Castle Grayskull. The two cels are part of a series of images that create a stock flying sequence for Zoar. Dozens of images of this bird were put together to create a flying scene used in several episodes of the series. 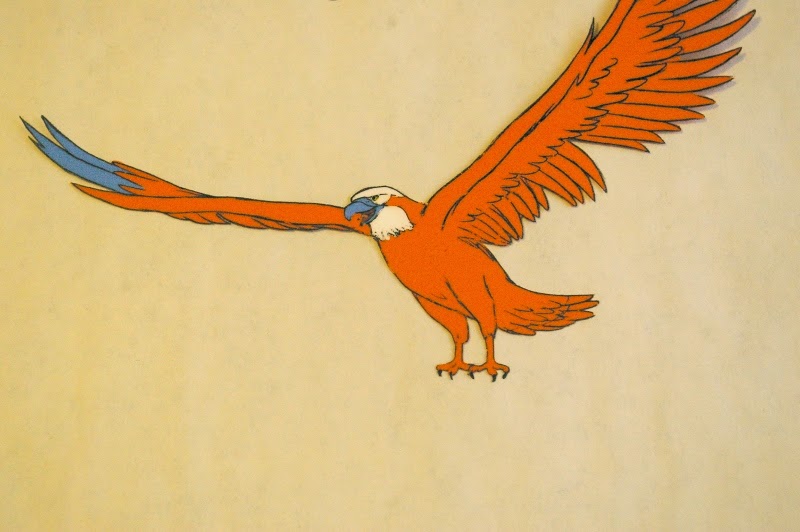 In the cartoon series Zoar was the size of a normal falcon, but the toy was very over-sized because it was actually reused tooling. Like Battle Cat, Zoar used tooling from Mattel's Big Jim toy line. There was also plans to reuse a Big Jim gorilla in the He-Man line, but the figure of Gygor was not released until the Classics line. 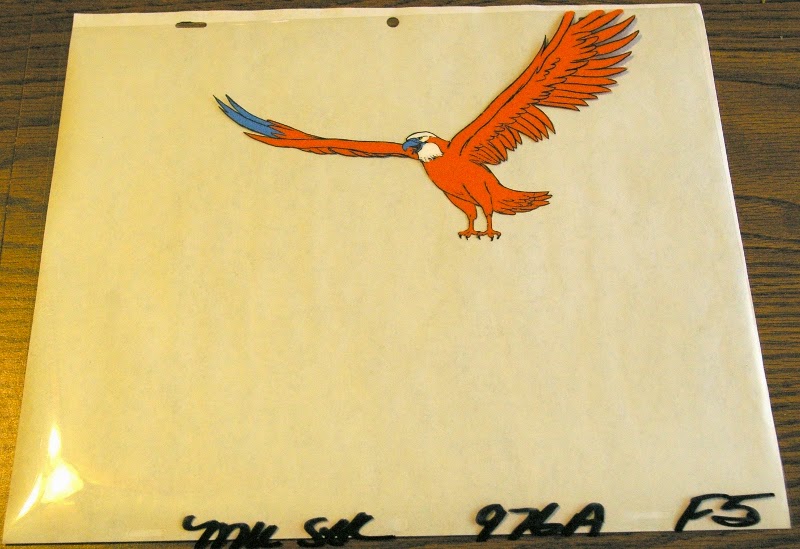 One of these cels is still in my collection. The other was donated to the Toonseum in Pittsburgh, PA. 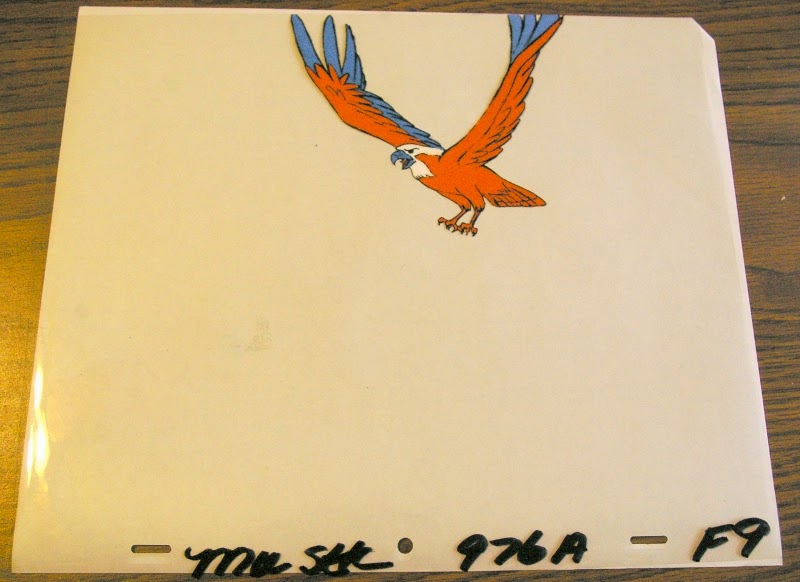