Biff Tannen, the bully of the Back to the Future trilogy. This figure represents the character in 1955, while Biff was in high school. He's wearing a gray jacket and blue jeans. He's got a clean looking crew cut and looks a fair amount like the actor from the film. Like the rest of the series, the actor's likeness was not specifically sculpted. Biff has a bit of an odd stance like the George McFly figure  from the series. I really like the attention to detail with the rolled pants cuffs.

"That's about as funny as a screen door on a battleship." 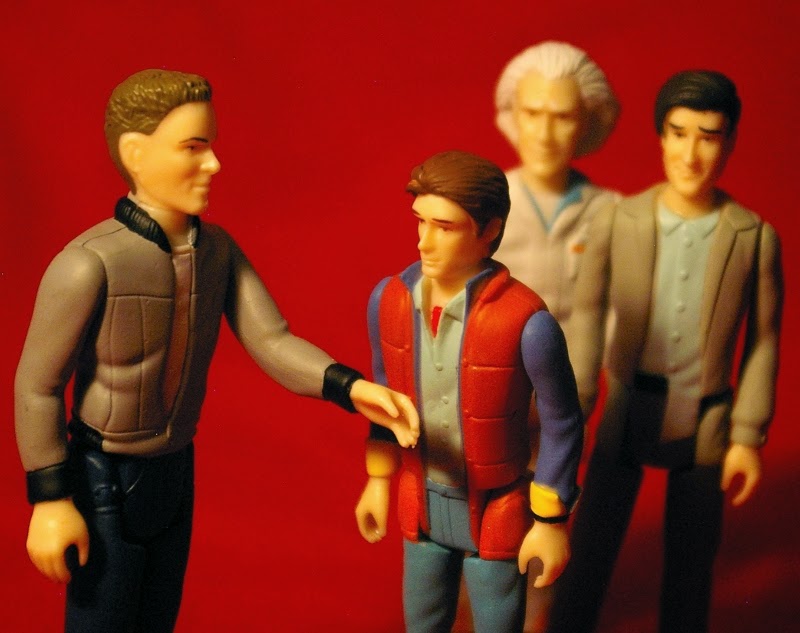