A month or so ago, my childhood best friend gave me some of his childhood toy collecion and the boxes to just about every kids toy he had. The toy boxes ranged from pristine condition to totally ruined due to exposure to dampness. The Phantom X-19 Stealth Fighter box is in relatively good shape although the back has some water stains. The box features amazing painting of the jet in that classic 80's toy package style. The one flap from the box is covering part of the GI Joe logo in the photo. 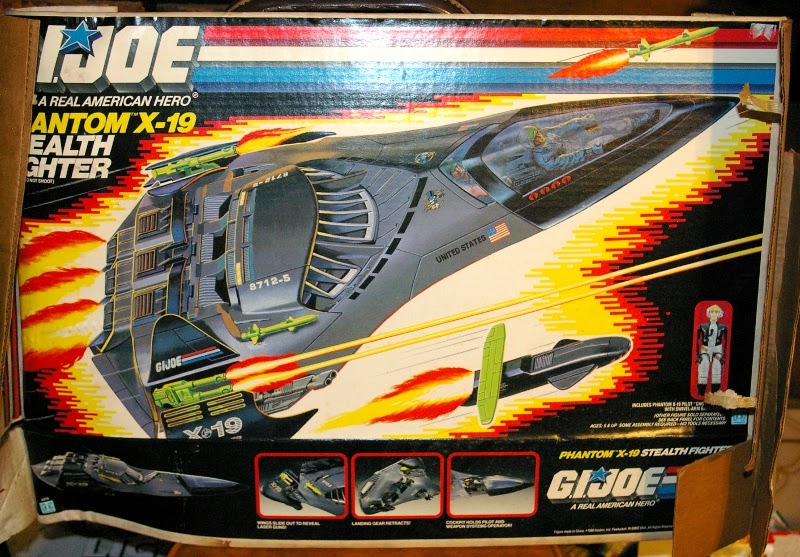 I always liked line art on the back of the GI Joe boxes. What's black and white, and red all over? The Phantom X-19. 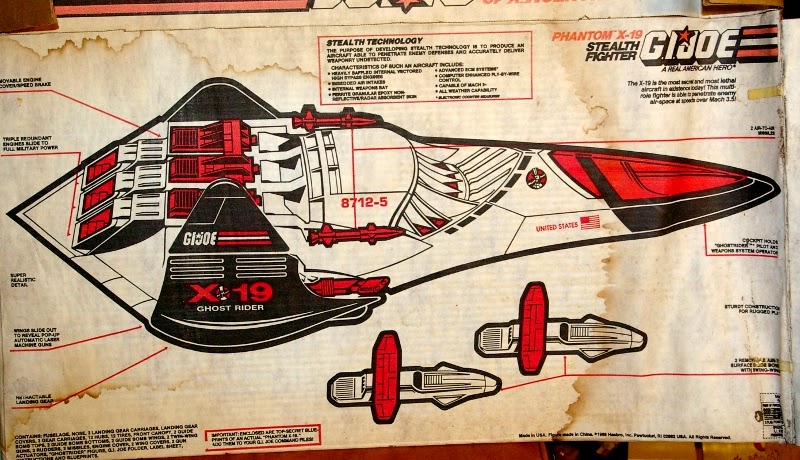 The edge panel of the box shows off some of the features of the Stealth Fighter. 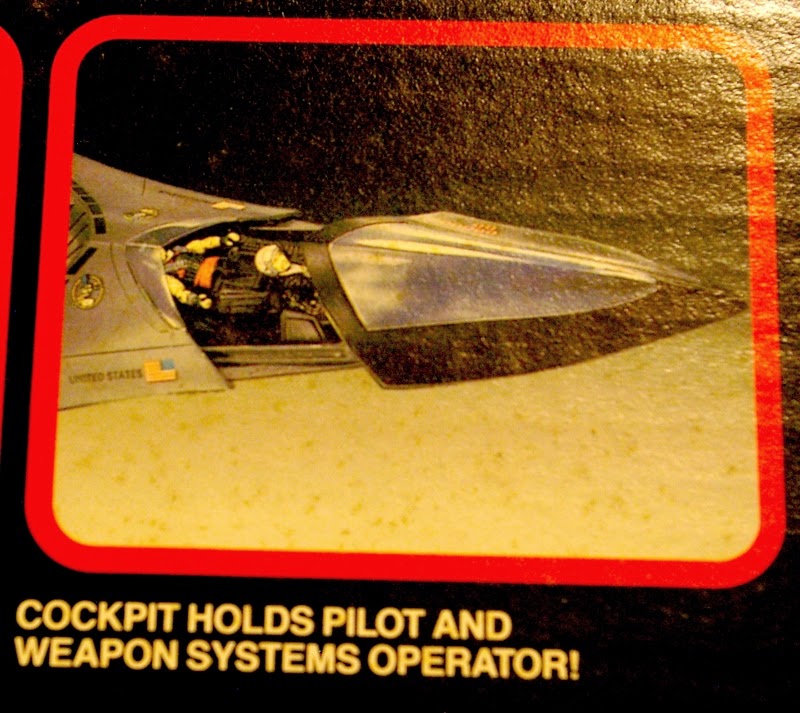 Here is a close up of the image of the Ghostrider figure from the front of the package. In this image, they once again do not show off Ghostrider's scarf. His little notepad on this leg is also blank. The prototype figure photographed for this image also has different colored pants compared to the production figure.