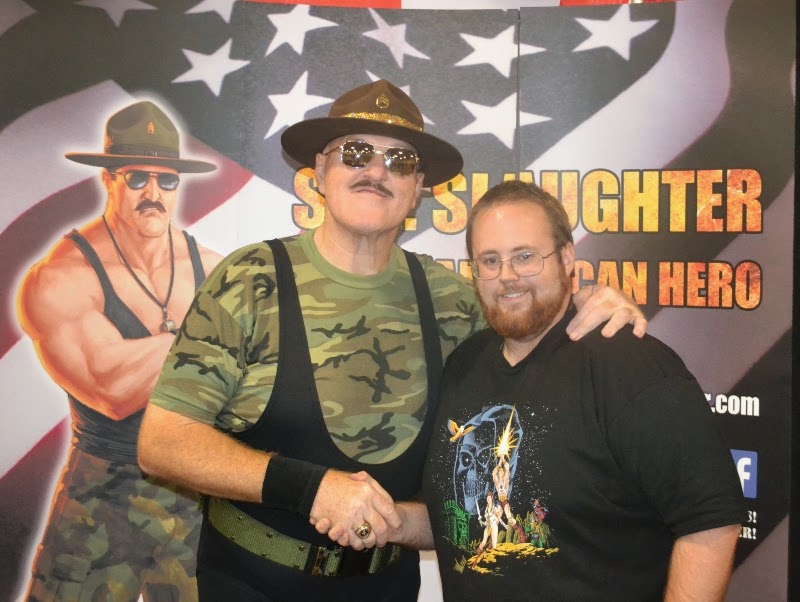 Retro Con 2014 has come and gone. I had a great time toy hunting, hanging out with friends, but the best part was meeting a childhood hero. Sgt. Slaughter one of my top five GI Joe characters. I played with the figure that came with the TripleT Tank until his shoulders and knees where floppy. To this day I can't help but smile from ear to ear when I watch the cartoon GI Joe: the Movie. I even featured Sgt. Slaughter in my stop motion show Action Figure Adventures, even if my buddy Derek wrote him as a bit of a maniac. Getting to meet Sarge in real life was such a treat. He was very approachable and talked quite a bit to me about how he got involved with Hasbro. Sgt. Slaughter talked to me about recording his lines for the movie and how he loved that you couldn't buy his figure at first. You had to "earn" him with the call  the phone number for a  secret code promotion. 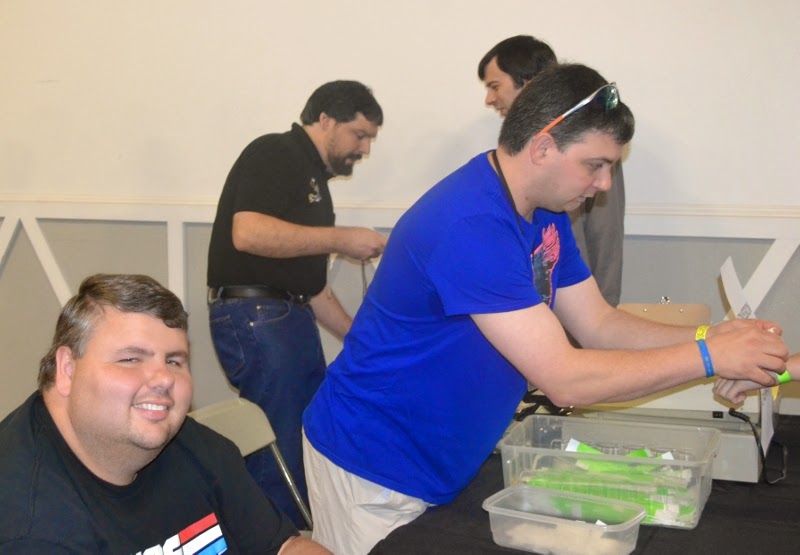 Here is a quick shot right after my shift as a volunteer ended. Show organizer Tony is in the back in the black shirt and my friends Nick (seated) and Mike are in the foreground. Their shifts were all ending as well. We had the morning rush. 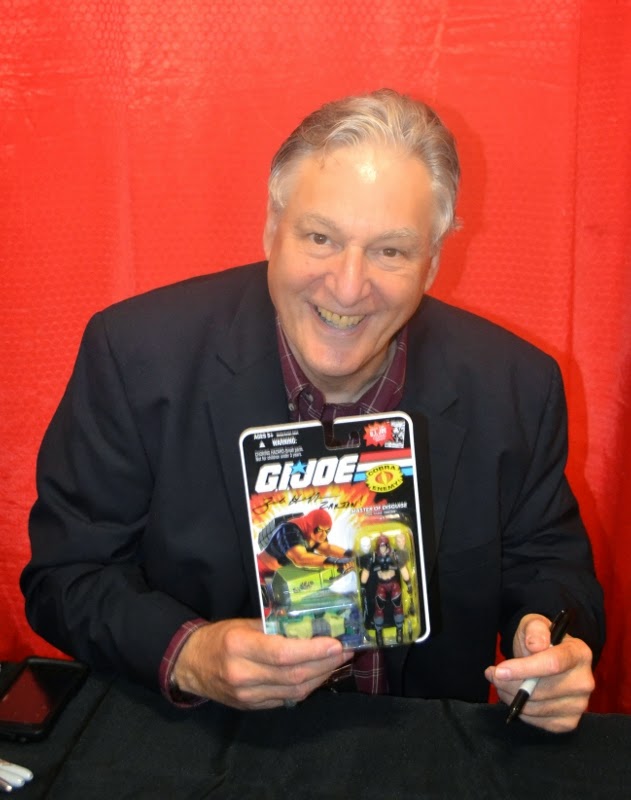 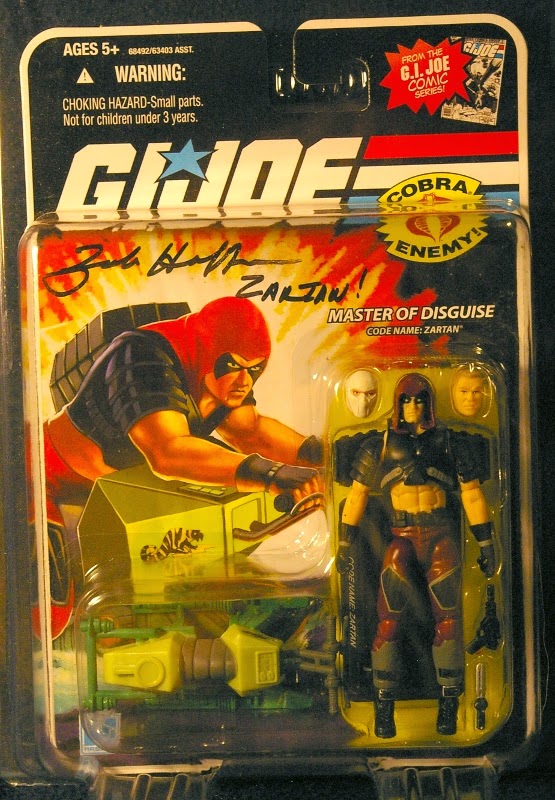 Along with getting to meet Sgt. Slaughter, there were lots of other guests who voiced some of my favorite cartoon characters. Zach Hoffman was the voice of Zartan in the GI Joe cartoon series. I had him sign a carded  25th Anniversary Zartan figure. 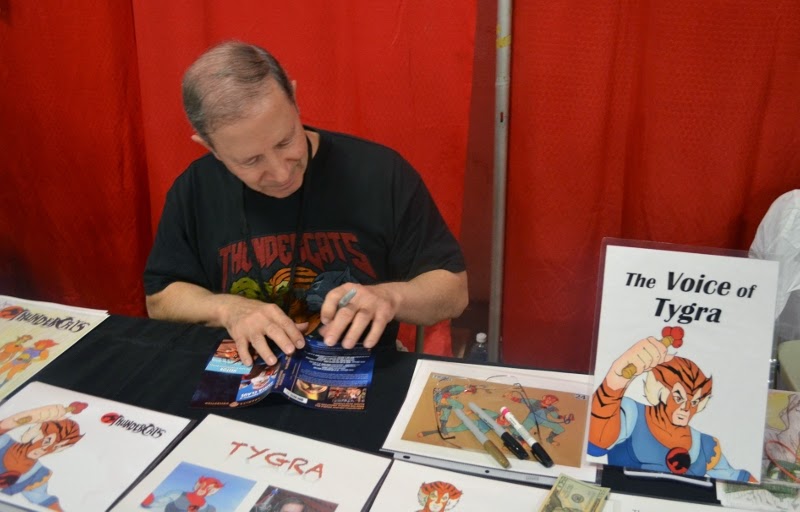 Three of the Thundercats voice actors were at the show. this year. Larry Kenney (Lion-O) actually had so much fun at  the show three years ago he asked show organizers Rose and Tony if he could come back. Peter Newman (Tygra) and Gerrieanne Raphael (Pumyra) were also present. I had all three actors autographs on photos of their characters from previous events. 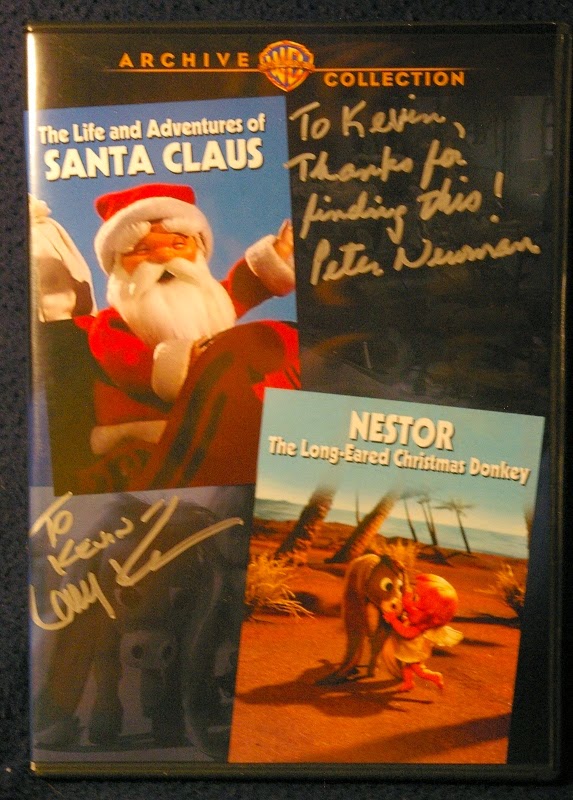 Since I got the honor of creating a stop motion video featuring Larry's voice I took a long a DVD of one of my favorite stop motion animated Christmas Specials to have Larry and Peter sign, since they did voice work. The Life and Adventures of Santa Clause was the final Rankin/Bass Holiday Special and is based on a Frank Baum book (Wizard of Oz author... so it's weird).

I saw this special as a kid and really enjoyed it. I didn't know what it was called for many ears. I was very happy when I was able to track it down a few years ago.

Then when I watched it, I was blown away to find out the Thundercats provided voices for this animated special. Peter was pretty impressed that I was actually able to find a copy of the movie. 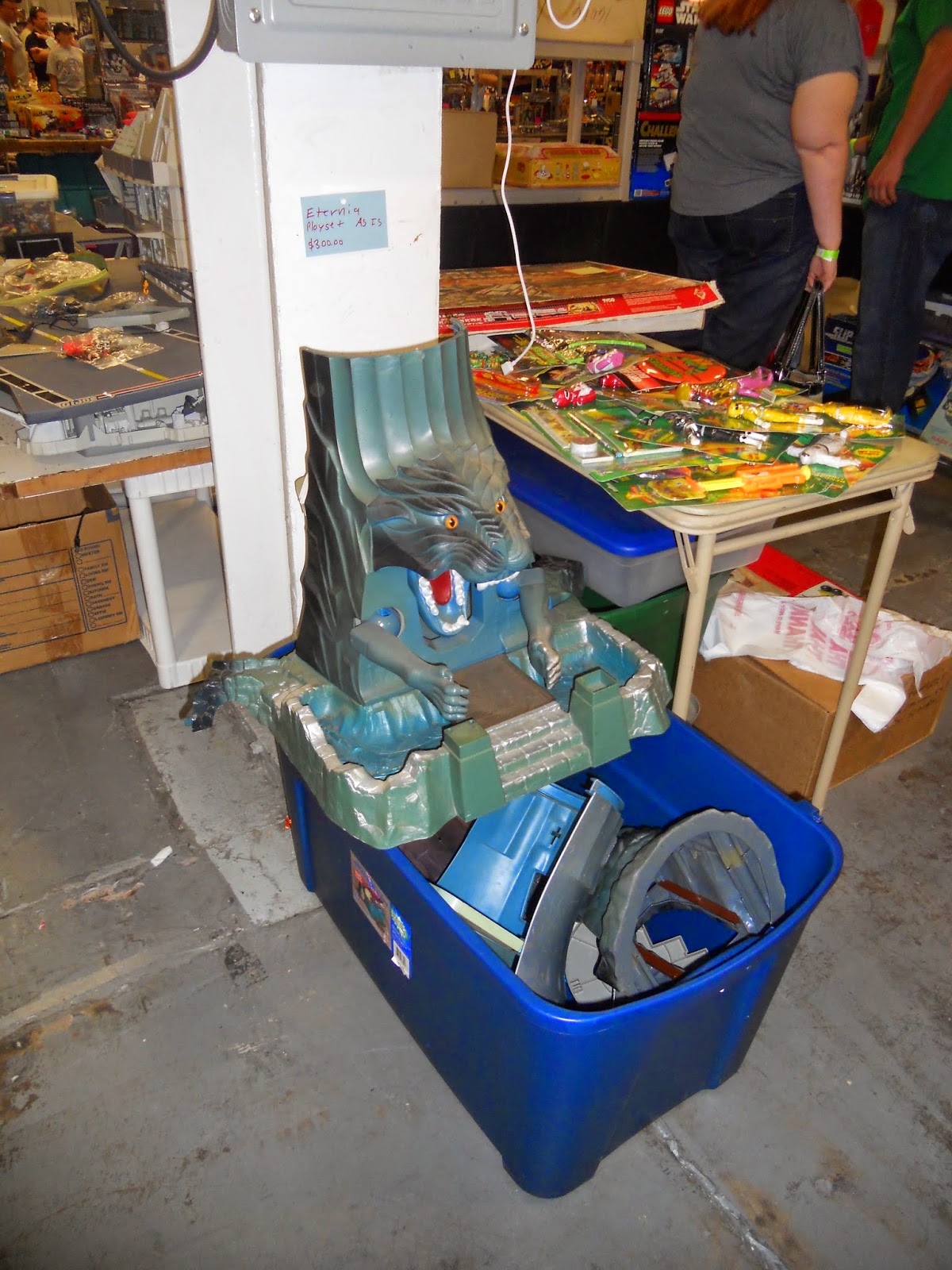 I love cool play sets so while walking around the vendor area I snapped a few photos of some of my favorite play sets I saw for sale. Below you'll see Eternia  from He-Man & the Masters of the Universe, the USS Flagg from GI Joe, The Hive from Sectaurs, and the Star Wars Cantina Adventure Set that included Blue Snaggletooth. 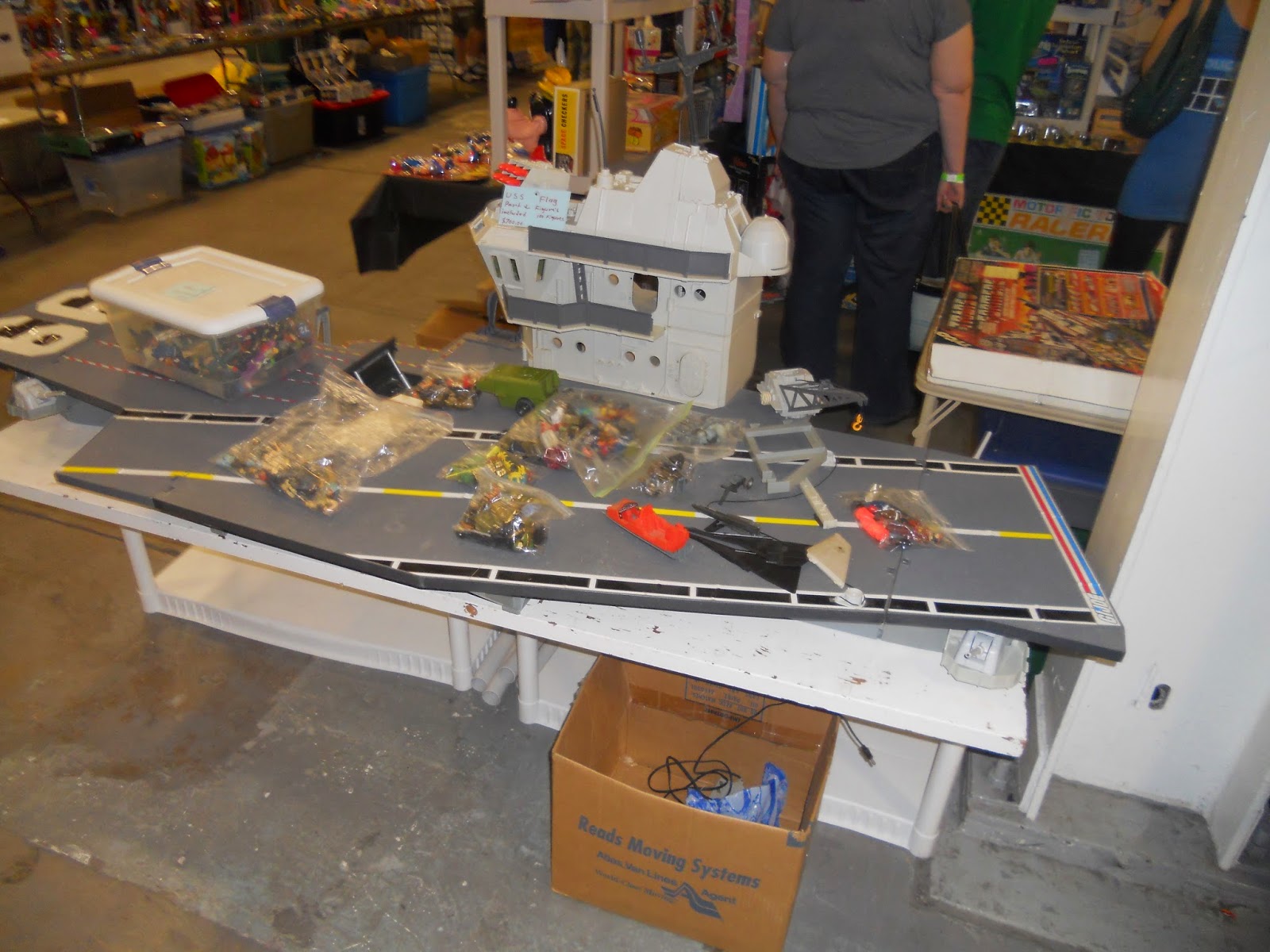 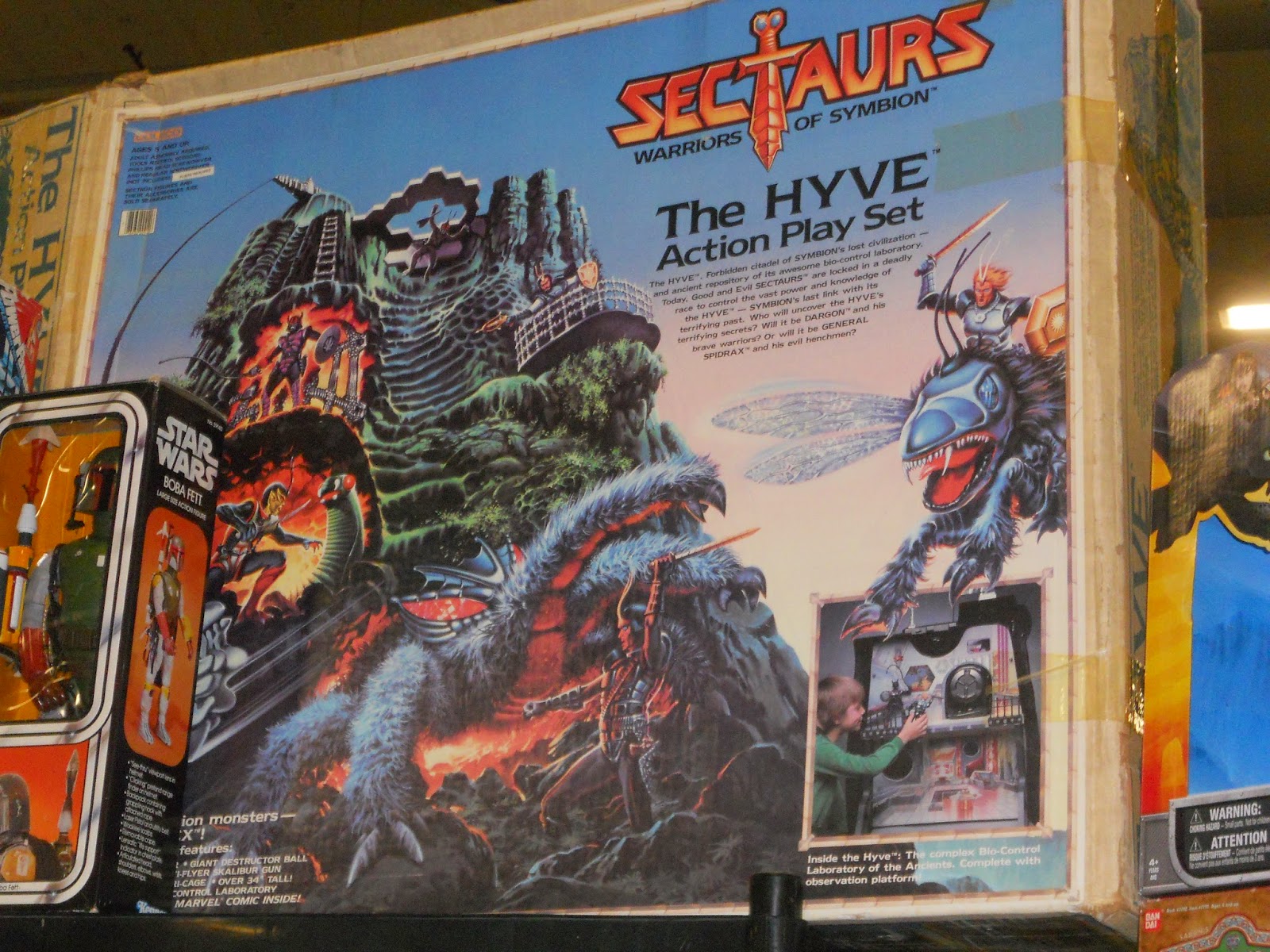 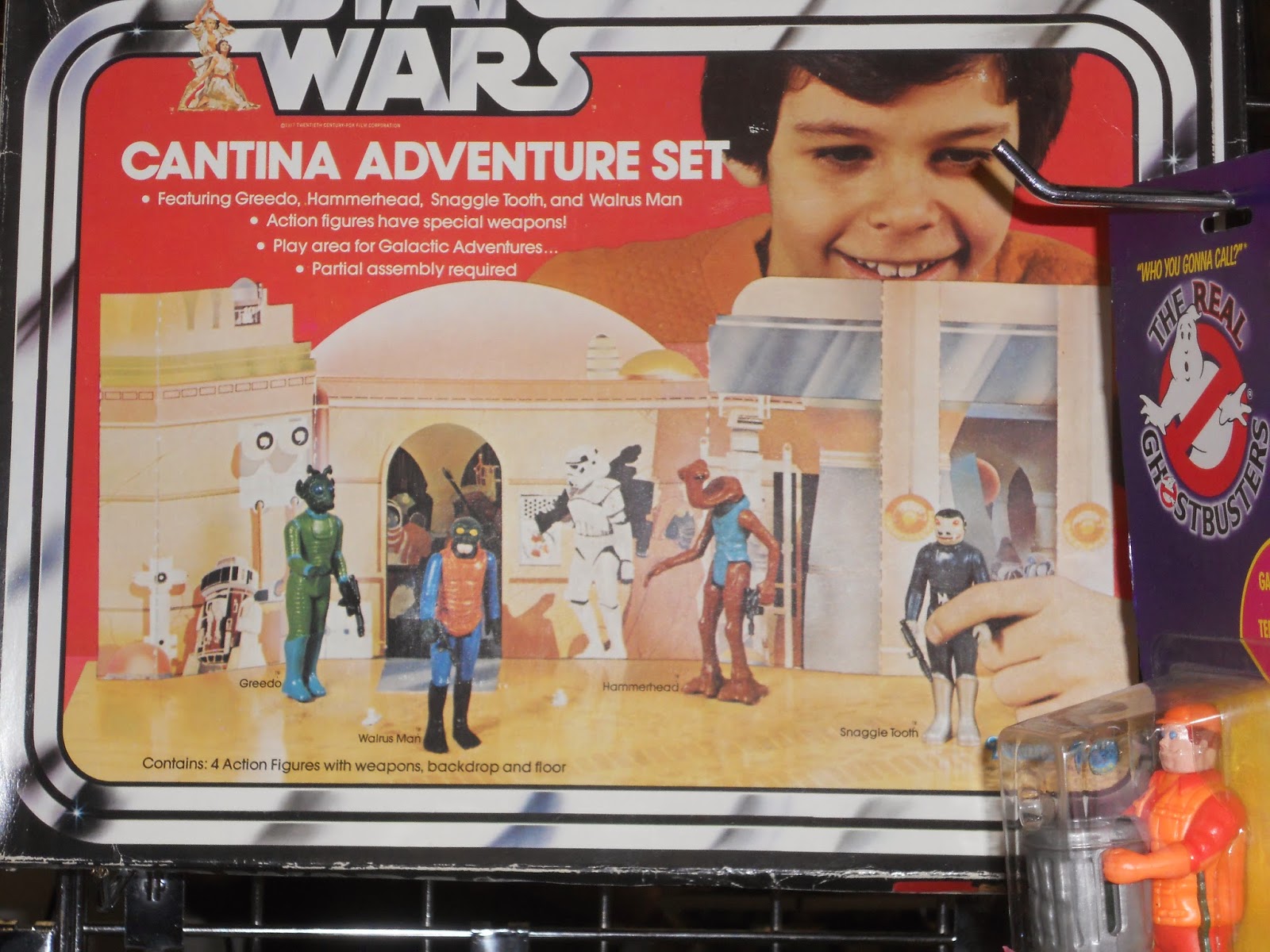 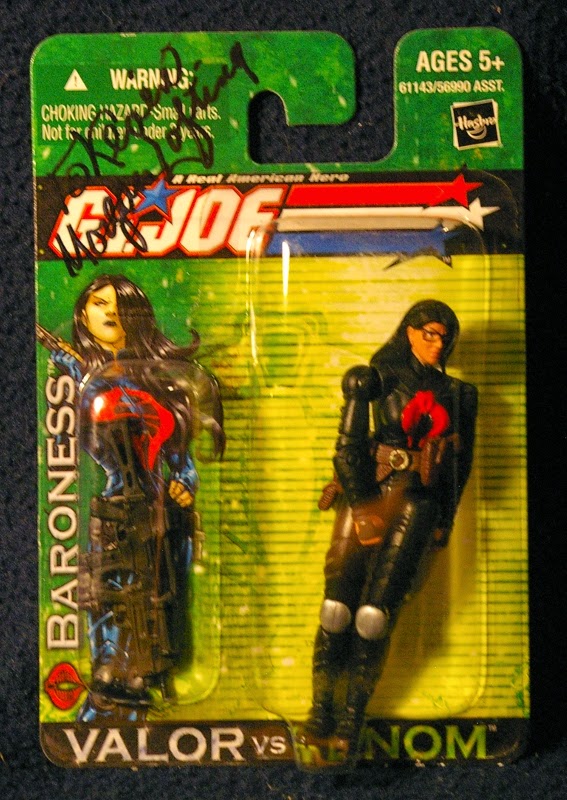 Morgan Lofting, the voice of the Baroness in the GI Joe cartoon was also at the show. I like to get the actors to sign the 25th Anniversary single card figures, but I'm not a fan of that figure in the blue outfit from that line.

I was racking my brain trying to think of something I had that I could ask Morgan to sign. Just before I left the house to go to the 2nd day of Retro Con I remembered I had save a Dollar Store Baroness from 2004 because I thought the little packaging was kind of funky. The Valor vs Venom small card didn't leave Morgan a lot of space to sign.

I had Sgt Slaughter sign a poster that was included in a old issue of the GI Joe Magazine. It featured the 1986 Live the Adventure artwork. I also had him sign a SDCC Exclusive TripleT Tank Sgt Slaughter figure. I loved that vintage figure as a kid. 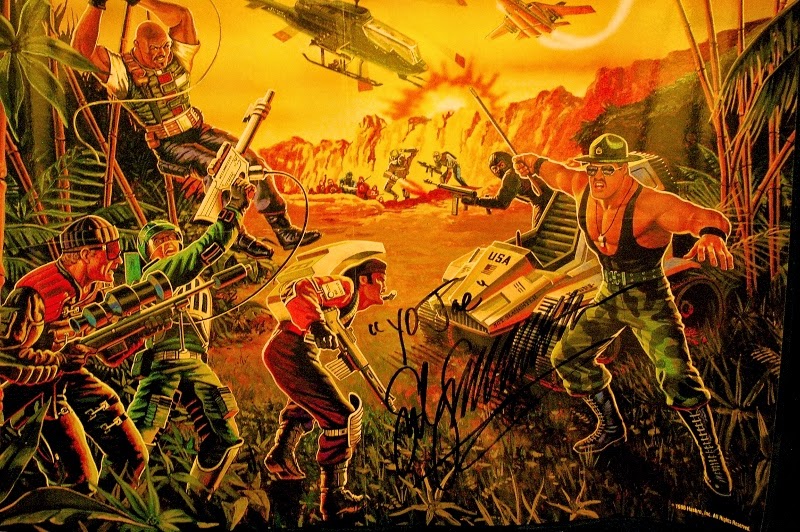 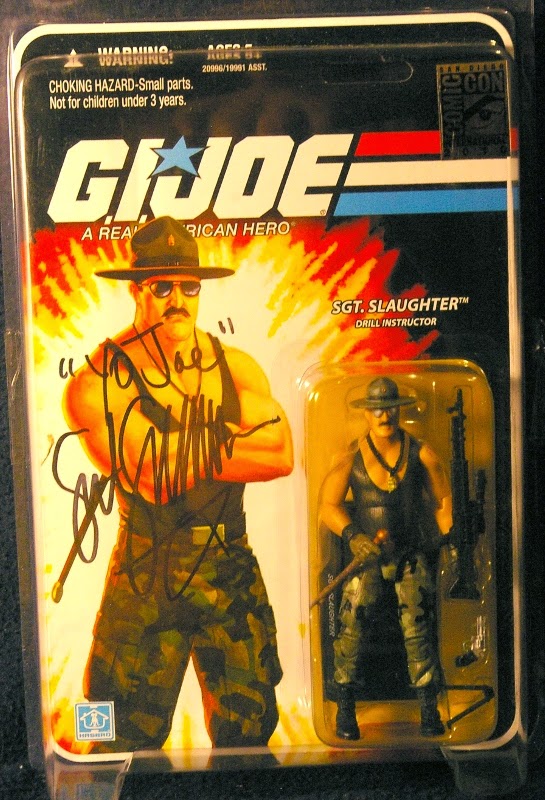