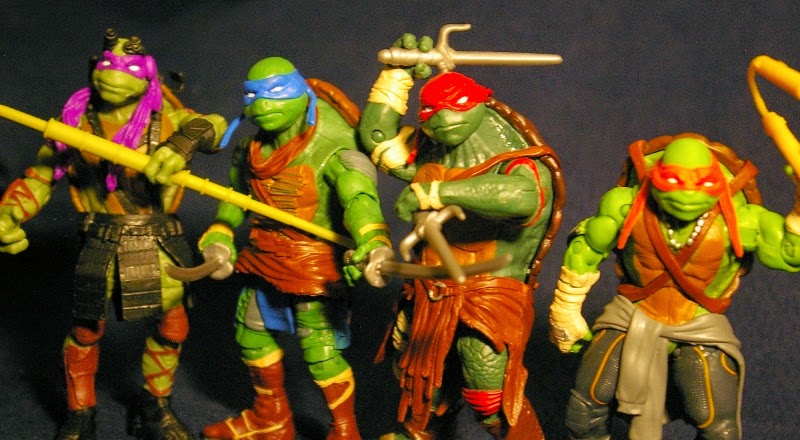 I was given the four figures to review for SEO Toy Reviews and I really looked at them for the first time as I filmed the reviews. The guy who runs the channel cut out the video of me opening the figure, but as I describe them it really is the first time I've seen and touched the figures. After the review was filmed the figures came home with me, and I've been having fun with them ever since. They aren't as good as the Nick Turtles figures, but they are better than the supporting and villain Nick Turtle figures. 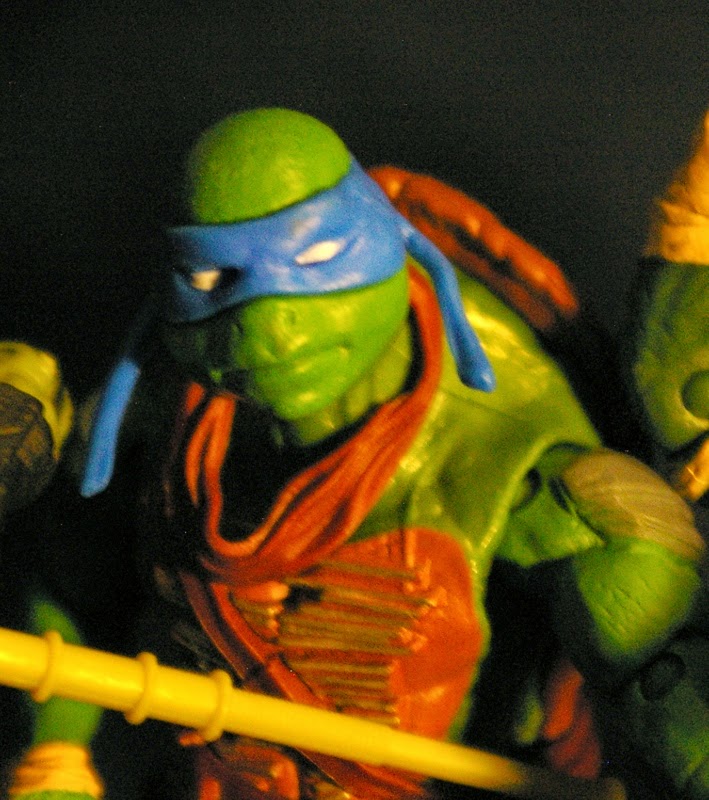 Leonardo has vibrant blue paint that looks really cool. I like his head sculpt. His nose and mouth look fine to me on the toy.

He's the only Turtle in the bunch who can carry his weapons on his person, but I love that feature. I also really like the sculpt of his swords.

If you like the gritty updates of comic book characters, like the militarized Batman with the Tumbler, I think these figures might be up your alley. 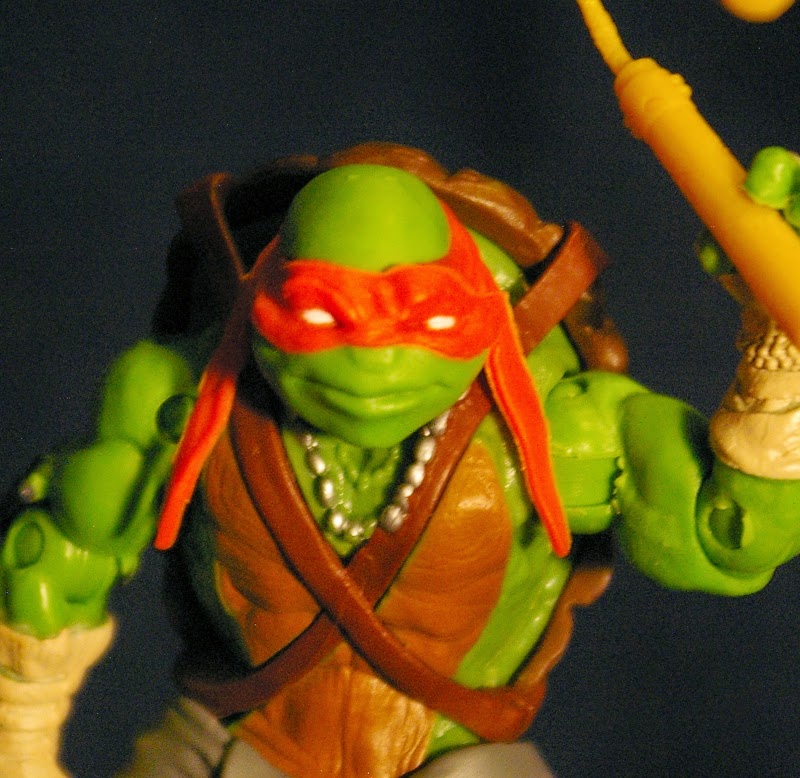 Michelangelo on the other hand has the movie Turtle nose and lips that I don't like so much more defined in his head sculpt. The fact that he is missing a paint app on his chest in the area between his straps (where he necklace is) really drives me crazy. I can over look a missing paint app if it's not there at all, but to have 90% of his front shell painted... I can't deal. I'd rather the necklace be painted the color of the shell along with the shell.

I really like his regular nunchuck, but the three-piece-staff or whatever it's called is clunky and hard to work with.


I was really hoping the Super Exciting Outrageous Toy Reviews were going to take off. It's pretty cool going to an office getting handed a pile of toys and then hear someone say we are rolling. It's been fun being a part of something bigger than me futzing with toys at my house. Donatello's video did well the first day, surpassed any of my fellow reviewer's  SEO videos from the girl toys the week before. All the other Turtle videos have been pretty slow. If you check them out I appreciate it. Feel free to comment or hit the like button those all help people find out videos.

I'm not sure which video will be posted tomorrow, but it won't be Turtles. The following week it's back to the female reviewer with my girl toys and toys for real little kids. So next week Action Figure Adventures should be a little more "normal".