Ever since I was a kid I've loved the old printer's trays that held the metal type in a California Job Case.  These trays when hung on the wall make great shelves for mini-figs. My buddy Derek had one in his room as a kid that we called the knick-knack shelf. I've had one hanging in my dining room for a while now, and it was pretty much filled. I just recently bought another one at a yard sale. I actually bought it from a guy who owned a printing business. 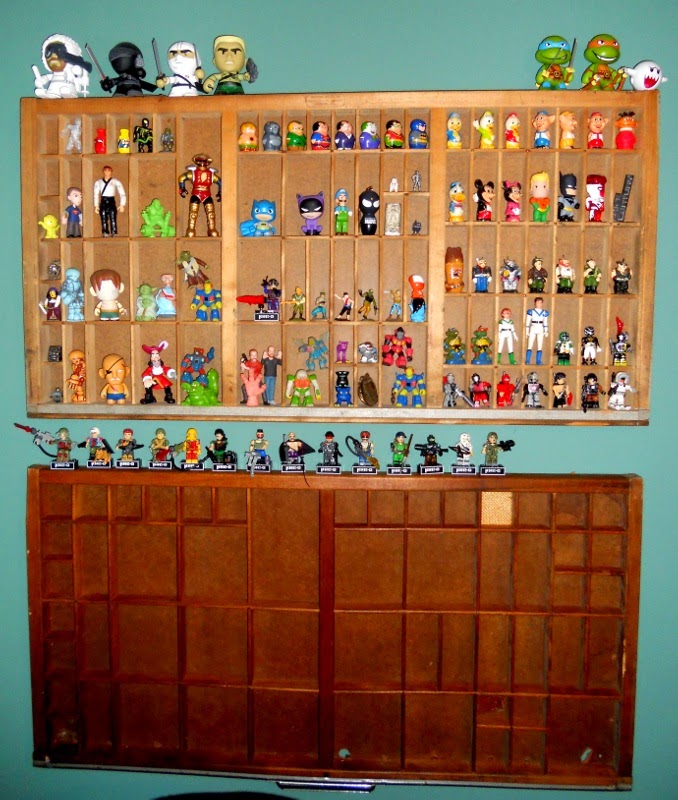 I moved a lot of my Kre-o GI Joe figures from the top of the upper case to the top of the new case. This gives me more room for some of the large Blind Box figures as I collect them. 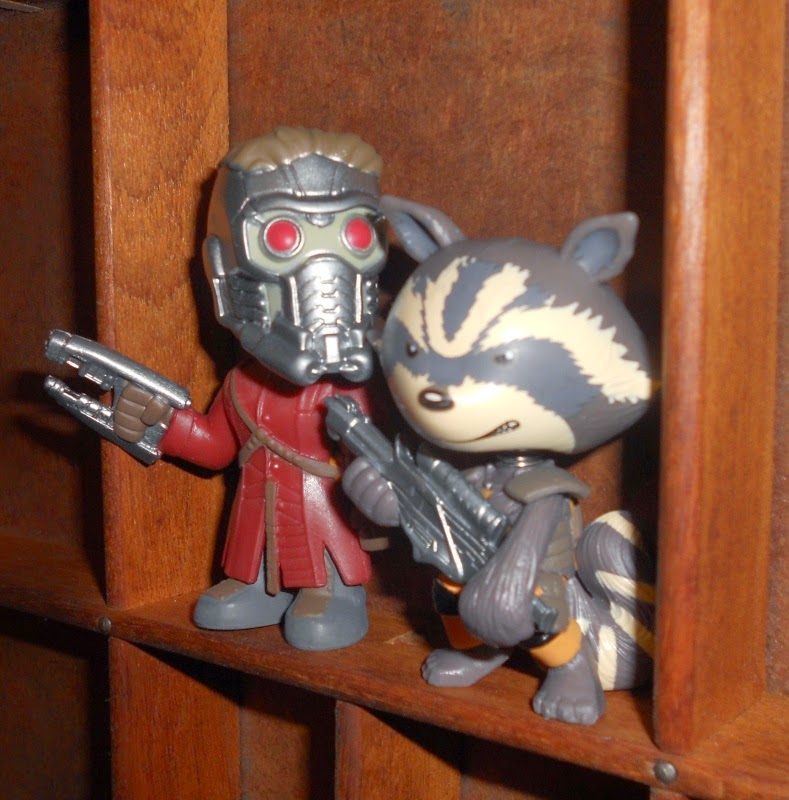 Here are some little Guardians of the Galaxy Blind Box Bobble-Heads figures made by Funko. Star-Lord and Rocket are the first new figures to find a home in my new shelf. These guys came into my collection due to a new project I'm now involved with. I've hinted at this new project once before, but tomorrow's post will be the big announcement. (trying not to hype it too much...) My Action Figure Adventures readers may enjoy some parts of the new project, but you guys aren't really the target audience for the new project.
Posted by Buzz Chuck at 9:27 PM