Due to military promotions, and later copyright issues the character Hawk has had several different names printed on his packaging. This figure known as GI Joe Hawk v4 came in a cool box set of figures celebrating the 25th anniversary of GI Joe: A Real American Hero. His design is based on the 2nd Hawk figure from 1986 who was featured in the original cartoon series. 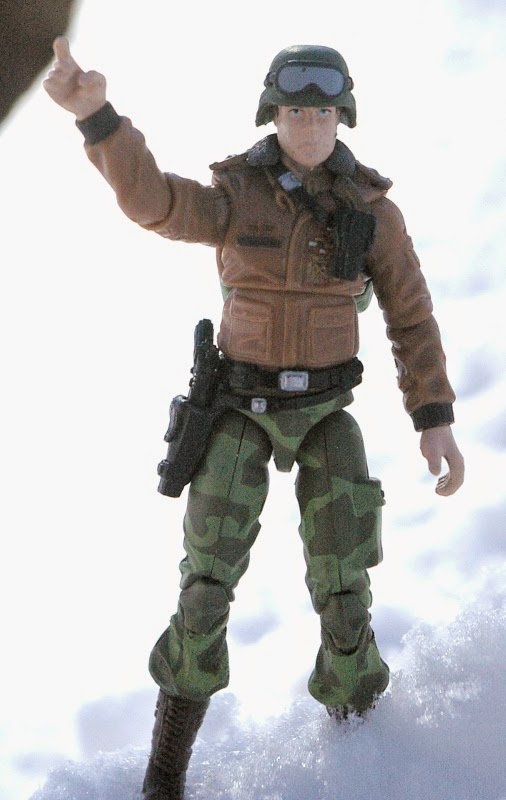 Hawk is wearing a leather jacket and camouflage pants. His accessories include a helmet, pistol, backpack, and a figure stand. I took this photo of Hawk in the snow during the winter. I really like this figure, and this is the uniform I picture Hawk wearing when I think of the character.
Posted by Buzz Chuck at 5:06 PM