The Goo Fish was a Evil Space Alien figure released by Bandai in 1993. This crazy monster was created for later episodes of the Mighty Morphin Power Rangers after they ran out of original production footage from the Japanese show. 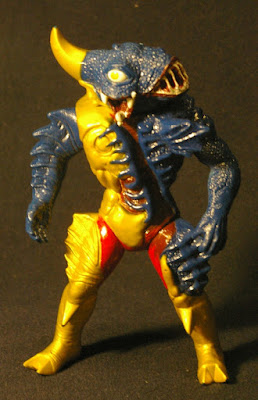 Goo Fish is a weird blue and gold monster. He originally came with a staff for a weapon. I bought this guy recently at a flea market, so naturally he's without his weapon. 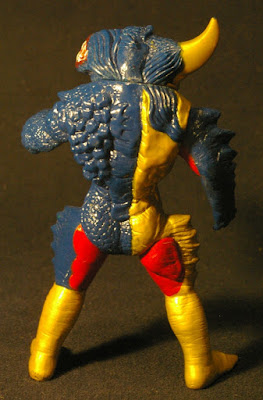 I used the Goo Fish as the villain in my Imaginext Red Ranger and Tyrannosaurs Zord video review.