Guitardo was a Deluxe Evil Space Alien  released for the later portion of the Mighty Morphin Power Rangers toy line. He's based on a monster created for the show after they ran out of footage from the original Japanese tv show. Guitardo is a purple and tan bug who played guitar in the episode to fight the Rangers. His action figure unfortunately did not come with a guitar. 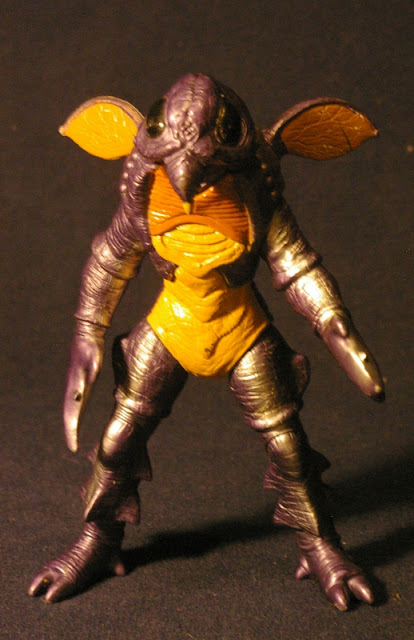 The figure did originally come with two small hand held weapons that could be linked together. I am missing these accessories, because I purchased this figure at a yard sale. You can see this figure in action battling the Imaginext Black Ranger on SEO Toy Review. 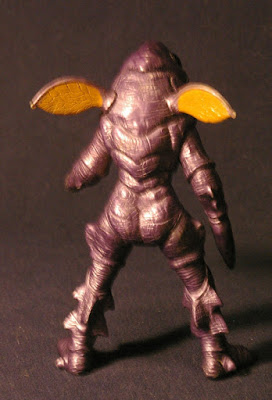