Man-At-Arms from the Battle Ram - MOTUC

Today's post features the Man-At-Arms figure that was included with the Masters of the Universe Classics Battle Ram vehicle from MattyCollector. This figure basically provides fan service to people who wanted to create cartoon accurate versions of Duncan (Man-At-Arms). The figure features a un-helmeted head with a ponytail. We often saw Duncan like this in the 200x carton. His boots and the fact that he has armor on both arms helps him match the original Filmation cartoon. These parts combined with other Man-At-Arms figures we have received in the MOTUC line allows us to make just about any version of the character we want. 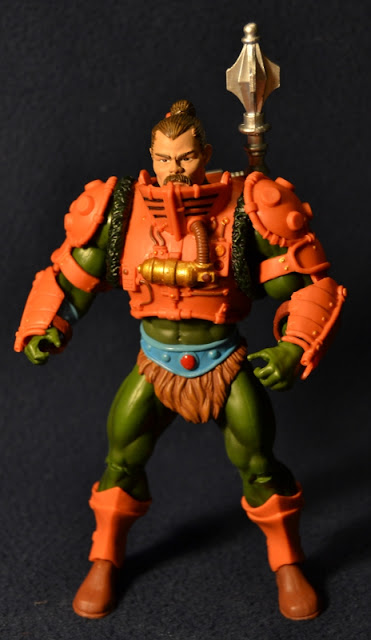 This version of Man-At-Arms comes with removable chest armor, both left and right removable arm guards, his orange mace, a blaster, and a silver palace guard mace. These three weapons can all be stored on the back of his armor. 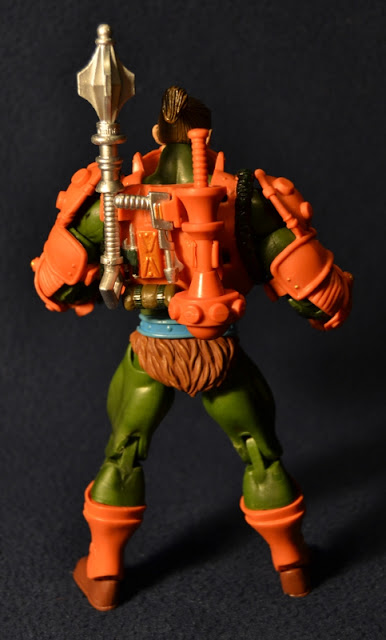 The final shot here shows Man-At-Arms riding the Classics version of the Battle Ram. What a great update of the classic two-part vehicle. 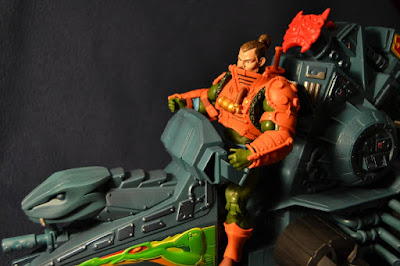