Strobo is perhaps one of the lesser well known characters from the Masters of the Universe mythos since he comes from the comics. In true MOTCU form he get an action figure. This guy has been in my collection for a while now. I just never got around to posting about him. In fact I have a pretty big back log of Masters Classics figure to post. 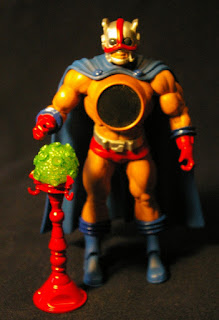 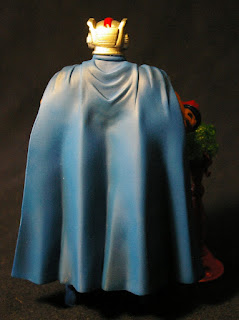 You can see that Strobo is a mash-up of Sy-klone and Zodac with an awesome blue cape. The Sy-klone torso seems a little more normal when it's painted like a shirt. As flesh color, the chest with a giant mirror perturbing is a bit disturbing. You can also see Strobo came with a meteorite on a stand. I didn't photograph Strobo's other accessory. It's an un-helmeted head for the Zodak figure from the 200x cartoon in the classics line. 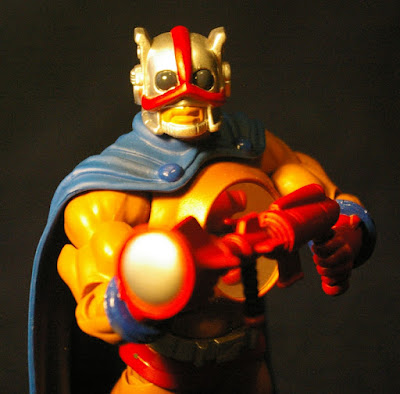 Strobo was also supposed to come with a mirror gun, but after the figure was costed out the accessory was dropped. Luckily for fans Mattel included it in a weapons pack released for the Classics line. 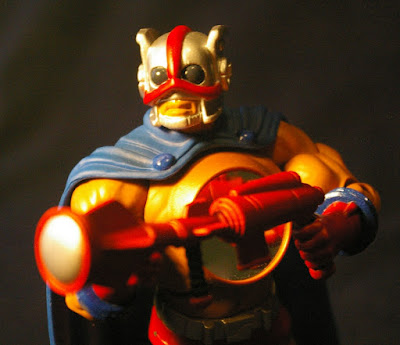 Strobo isn't really one of my favorites, but I have no real connection to him since he wasn't in the original toy line or cartoon show. 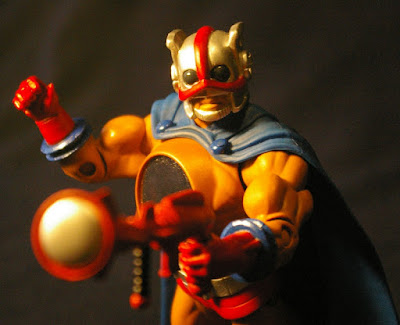