Bitaur is an insect-like dog that came packaged with Zak from Sectaurs. This was a line of humanoid bugs who had insectoid pets. I've had Bitaur for a long time. He's fun to use as a little monster to fight just about any toy line. There is a button on his back that activates a chomping jaw feature. The figures were made by Coleco and were released in 1985. 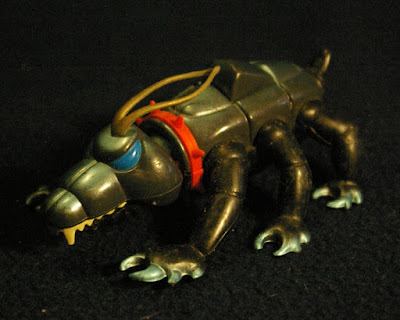