Monsters in My Pocket were some cherished playthings from my childhood. I worked hard to collect all of Series 1, Series2, and the Super Scary monsters. Later I would found out that the Super scary were technically Series 4 and that Series 3 was not widely released. Over the Summer by buddy Derek, who actually introduced me to MIMP game me a a collection of toy packaging from his childhood. I this pile of boxes was one item of MIMP history. This is ae Super Scary secret 6 box. The window would display the 100 point monster in the pack and the other five figures were blind boxed (before that was a term). I always liked the haunted house art work on the box.. 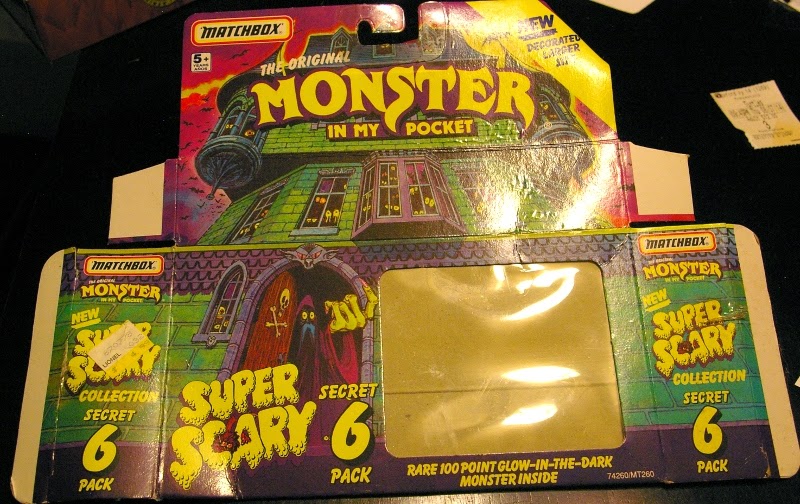 The back of the package explained that the Super Scary Monsters in my Pocket figures were slightly larger and decorated compaired to the earlier figures. It doesn't mention what series number the Super Scary figures were. There is also information on the fan club and some of the other MIMP products. 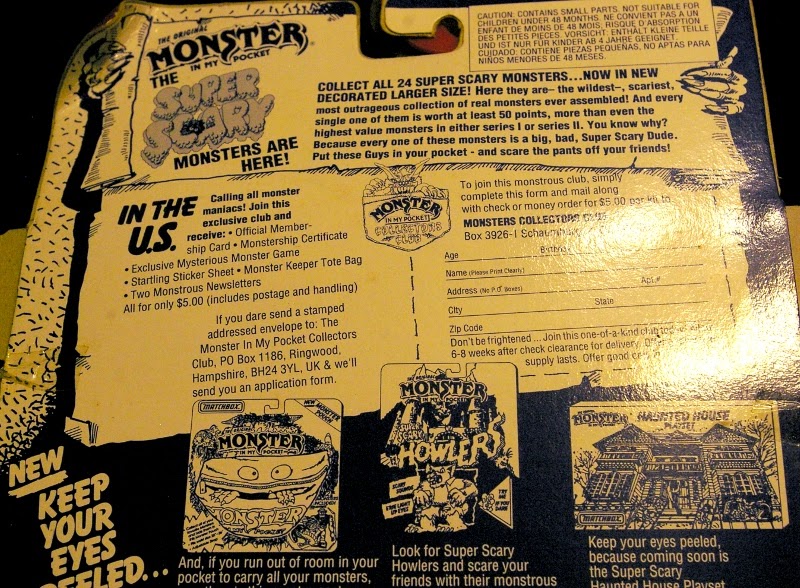 The one product that was teased but never released was the Haunted House Playset. I wanted this thing so bad. I'd love to see photos of the prototype if it ever got that far. I'd love to know what Matchbox was planning for our little rubber monsters. 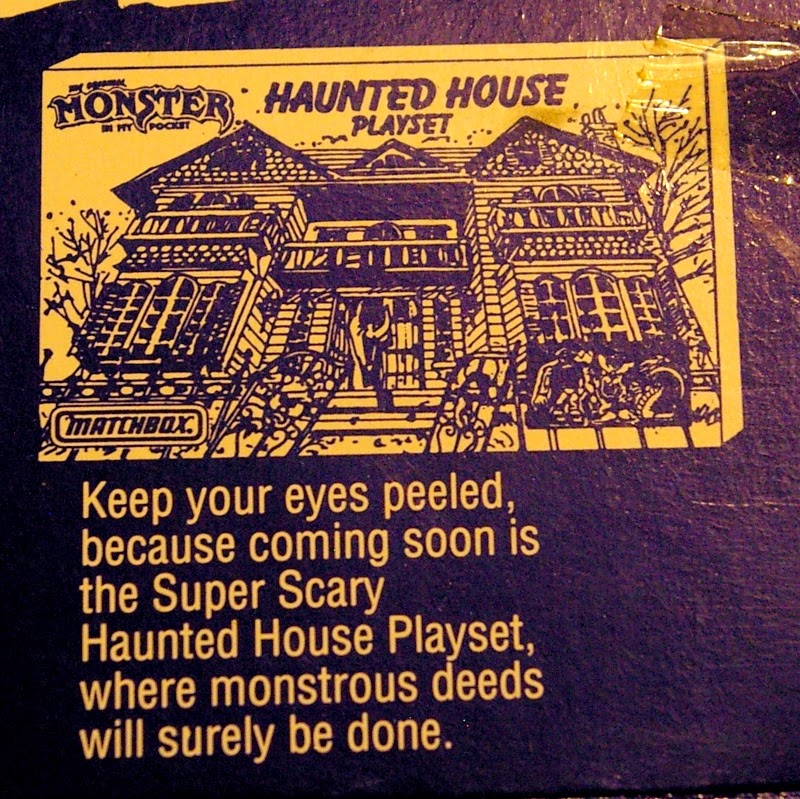