Not so Interchangeable Parts

Well in my previous post I talked about DC Universe Figures. I mentioned that I bought several figures I didn't really care for to get pieces to a “collect and connect” figure. While checking out these figures, I tried to swap out Mercury's scissor hand for his normal hand, I found out they were not so interchangeable. As I pulled on the scissor hand the small peg that connects it to his wrist broke. This was kind of disappointing since it is clearly supposed to be removable. This is the first time I've ever had a recent Mattel product break on me. I don't know if there was paint in the joint, accidentally gluing it in place. Perhaps it was a fluke or maybe others are having the same problem. The peg is very thin. 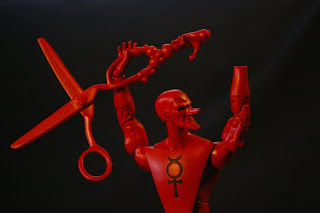 Even though I don't particularly care about owning a Mercury figure I was annoyed that he broke so easily after paying for him. So I decided to see what Mattel would do about it for me. I called up their hotline and talked to a lady. She informed me that they didn't have any stock left of that figure, so they could not replace him for me. She offered to send me my money back after collecting a bunch of information about where I purchased the toy. This worked out well for me, since I felt like I wasted my money with the broken toy, but didn't really want Mercury. 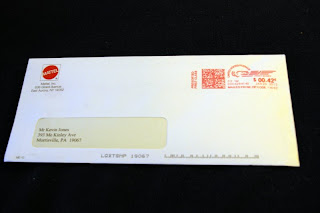 A few days later I got an envelope in the mail containing a voucher I could use to purchase another Mattel product. So I ran down to TRU and picked up a DC Universe vs. Masters of the Universe Classics 2 pack. Mattel wins anyway because the two pack costs more than a DCU figure. So, they got me to spend more money. 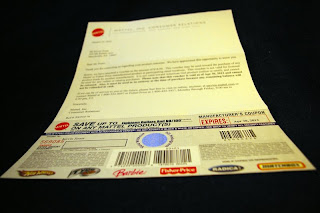