I recently recovered a lot of old photos of vintage Ninja Turtles figures & vehicles from a hard drive to a computer I used several years ago. The computer stored images for content I was working on for a now defunct website in the mid 2000's. I sold off my TMNT figures in middle school or early high school at yard sales. Later someone gave me a handful of old figures that were kind of beat up. I took photos of them along with three vehicles I used to own and their boxes. I'm not sure why the three vehicles from my childhood were not sold with the Party Wagon and other toys. In addition to that I don't know what happened to the vehicles after these photos were taken. I still have the figures in these images. 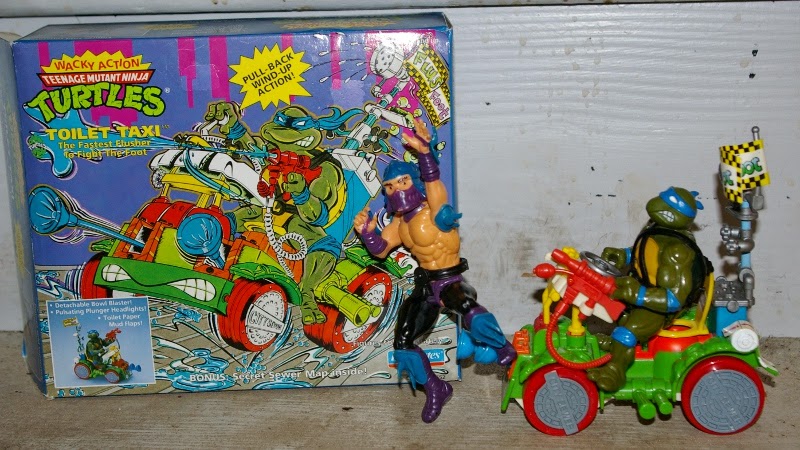 First up is the Toilet Taxi. This was one of those really crazy one man vehicles we got in the 90's. It's almost like a law mower with a toilet for a seat and a sink for a stearing wheel. I remember getting it as a kid and playing with it quite a bit. 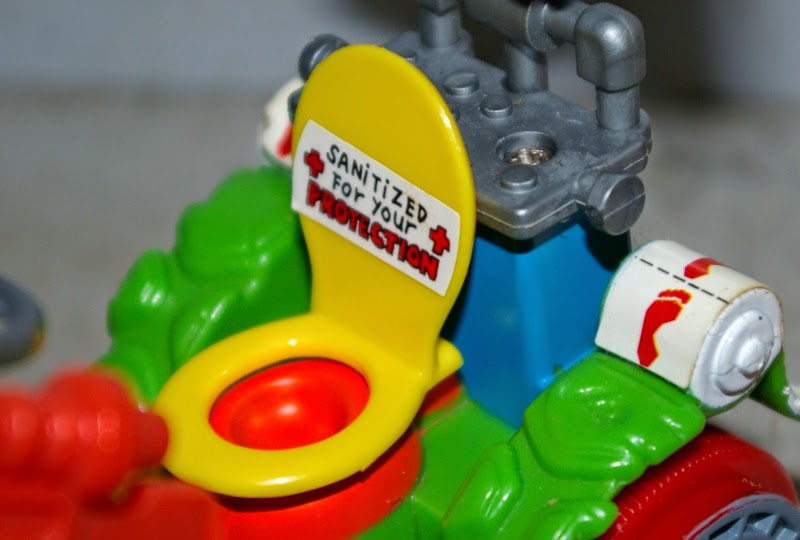 I loved the "Sanitized for your protection" sticker and the Foot Clan toilet paper. 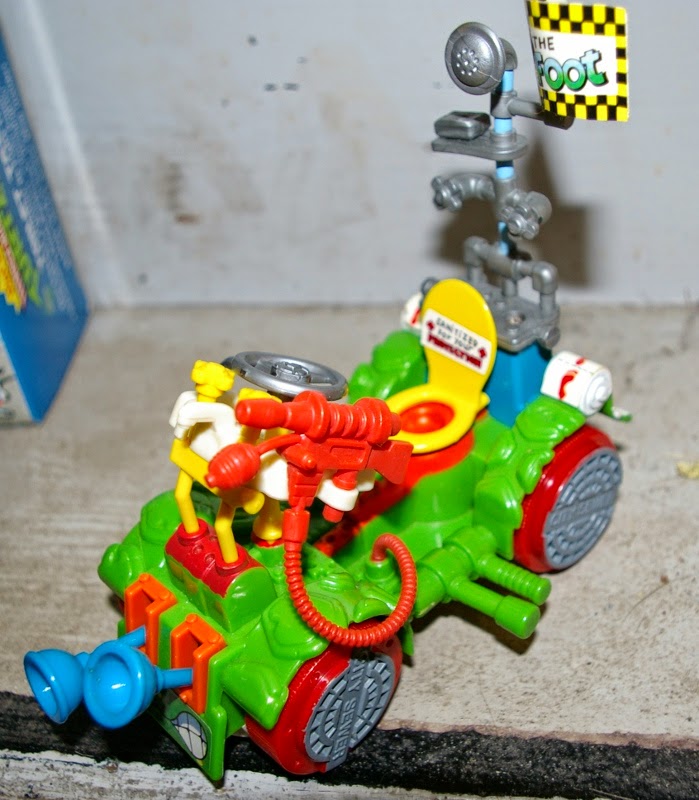 I also really like the the plungers move up and down on the front as it rolls. 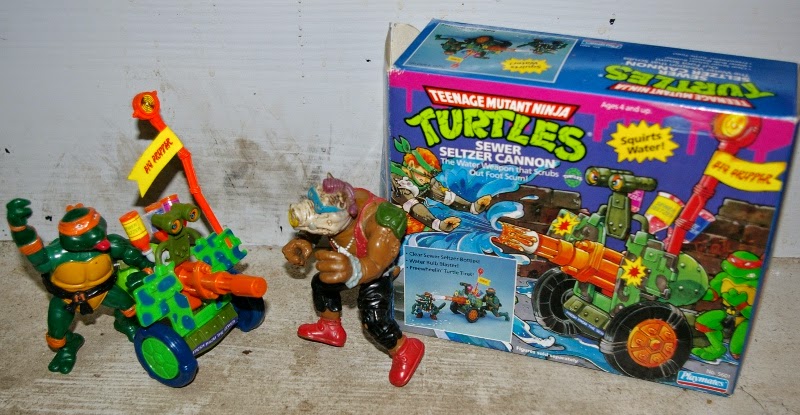 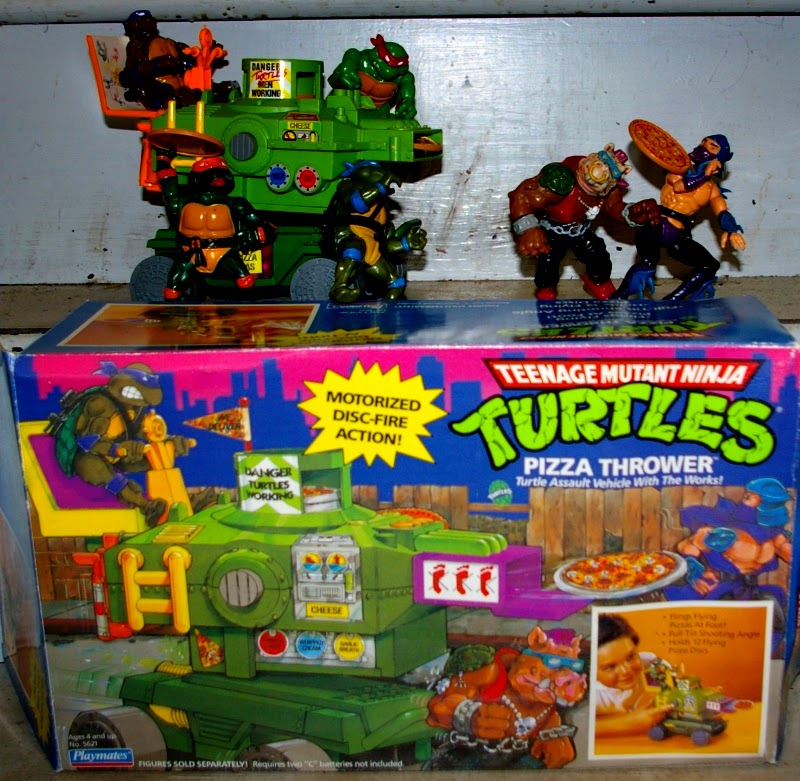 For such a large vehicle I always thought it was crazy that the Pizza Thrower could only carry one Turtles. I did have ton of fun with this thing as a kid. 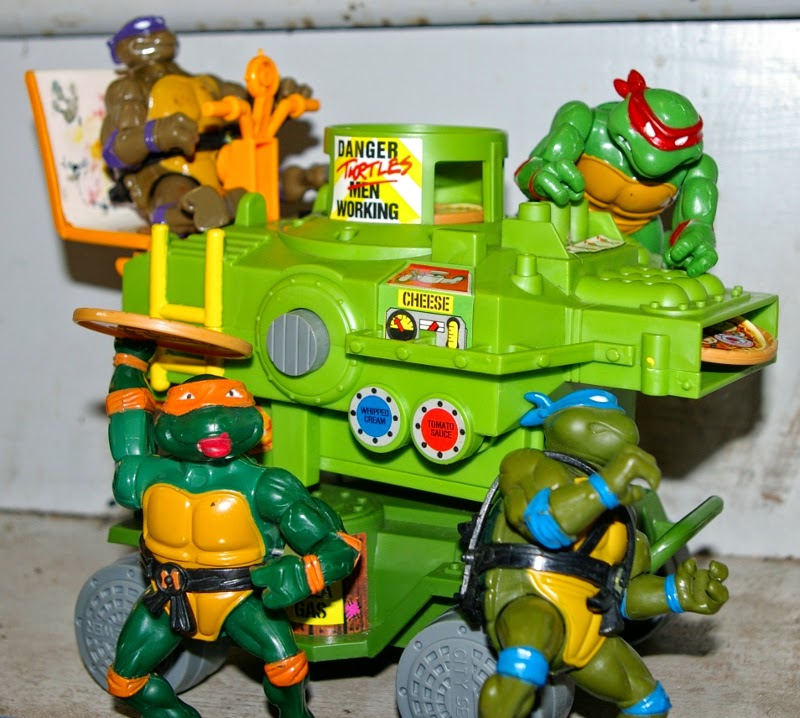 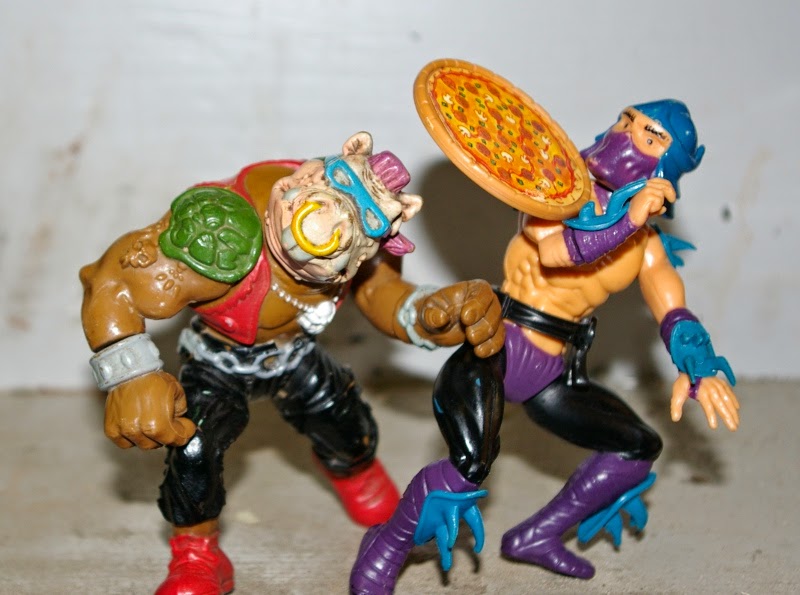 Whoever engineer this bad boy did a great job. Those pizzas really did fly far. 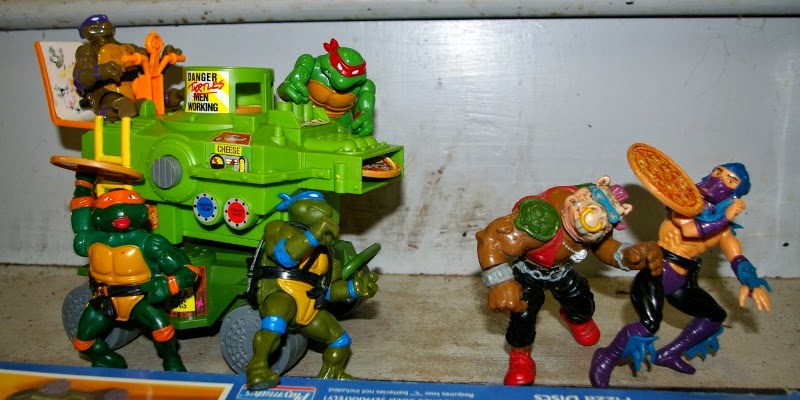