Ever since Damian Wayne was introduced into the comic universe I've loved him. His time playing Robin under Dick Grayson as Batman was comic gold. I really enjoy the idea of a young kid who actually has the training to back up being a super hero sidekick. A couple months ago I picked up two different figure based on this Robin. The first is from DC Collectibles (DC Direct) and is based on the animated film Son of Batman. The second Robin comes from Matty Collector and was part of the DC Signature Collection (DC Universe Classics). 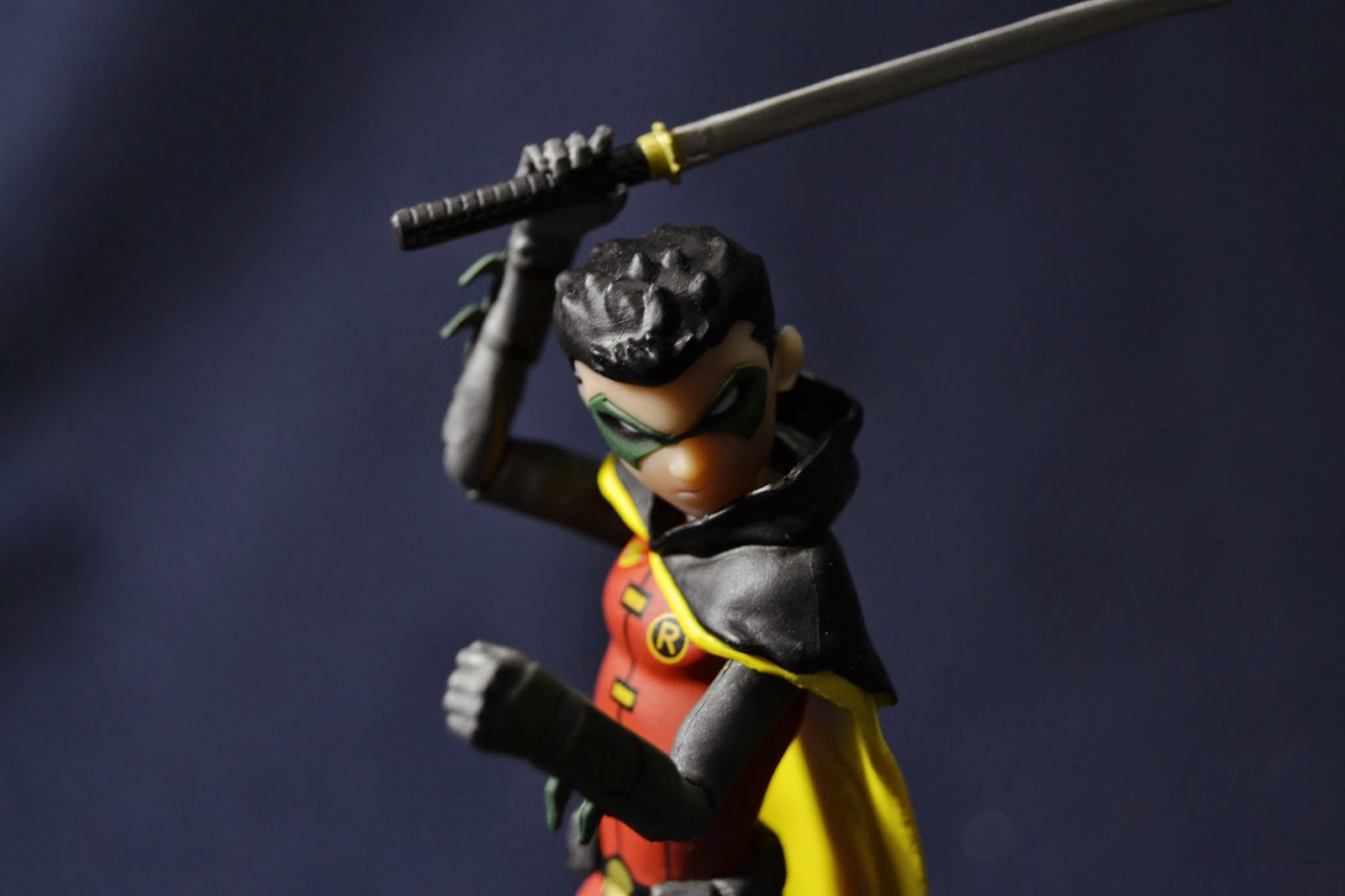 Both Robins are dressed in red tunics with yellow and black capes. They are based on the exact same concept so it's fun to see two different takes on the character. One came with a sword and the other a batarang. Check out my video review below for more details. 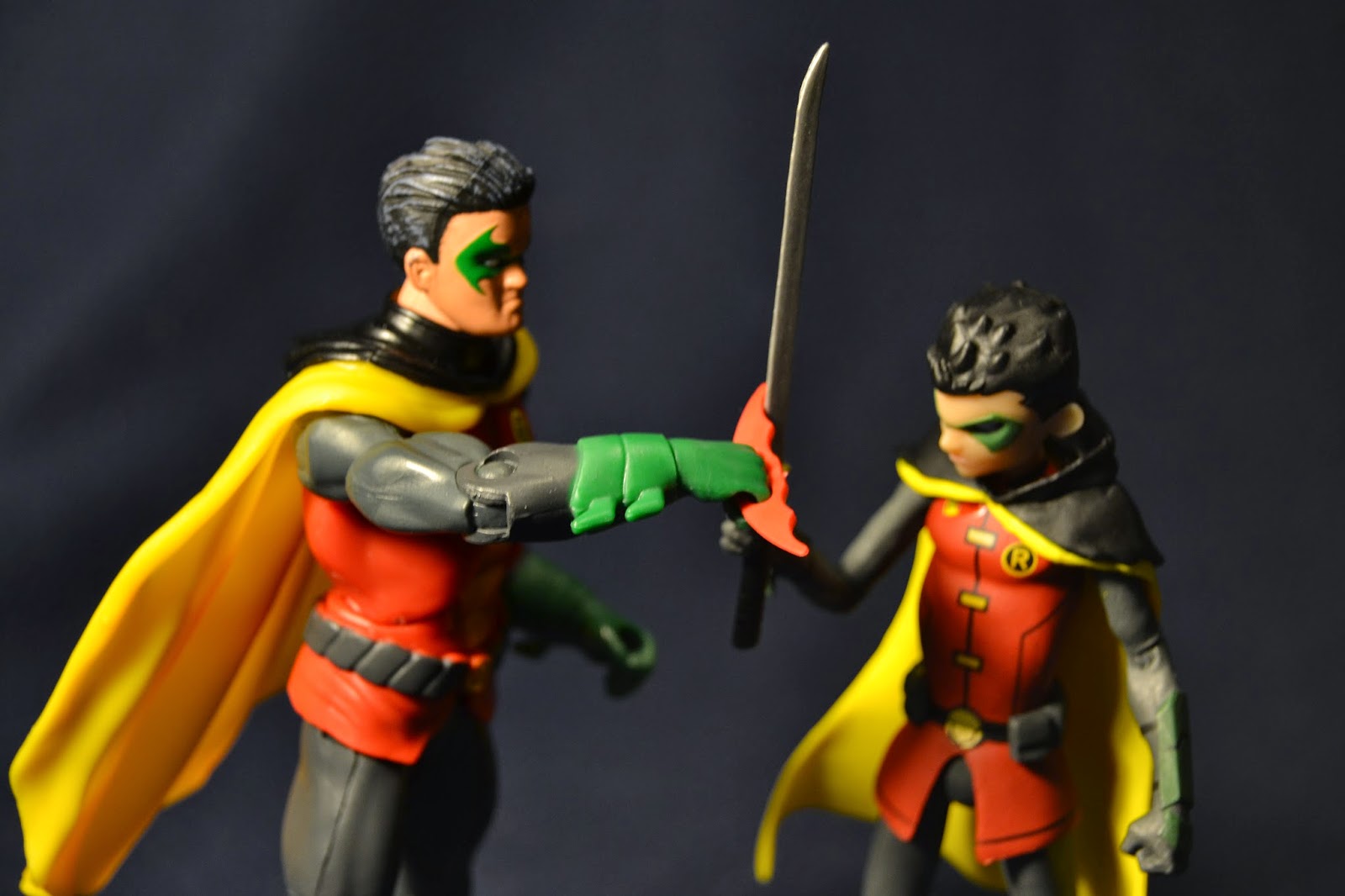